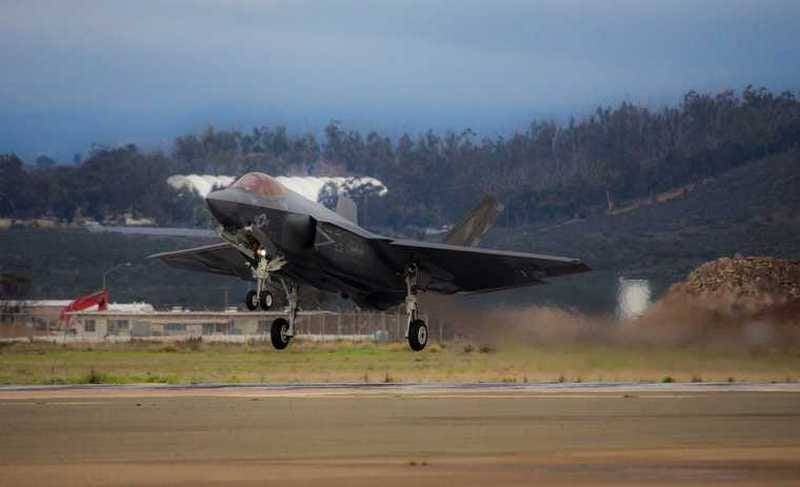 First Fighter US-F-35C
The US Marine Corps, for which it developed its own version of the fifth generation fighter F-35B, began to receive the deck version of the fighter - F-35C. As transmits "Warspot" citing the portal businessinsider.com, the first F-35C carrier-based fighter was launched by the VMFA-314 squadron.

Reportedly, the first F-35C received the Marine Fighter Attack Squadron 314 (Marine Fighter Attack Squadron (VMFA) 314), better known as the Black Knights ("Black Knights"). In service with the squadron until recently, F / A-18 Hornet fighters were located. The transition of the squadron to new aircraft was announced last summer, however, they began to receive the F-35C only now. The new F-35C Marine Corps will be based at Miramar California Airfield.

Previously, F-35C fighters were adopted by the U.S. Navy.

Recall that the US Marine Corps already has F-35B fighters in service, a modification specially designed for the KMP with short take-off and vertical landing. Version F-35C is a deck modification of the fighter, designed for takeoff using a catapult and landing using an aerofinisher. Compared to the classic F-35A, the F-35C has a larger wing area, an increased tail area, control surfaces and fuel tanks. It can carry a larger payload.

We are in Yandex Zen
Armored personnel carriers for the competition under the American program Mrs
Yuri Drozdov: Russia prepared the role of the sacrificial calf
Military Reviewin Yandex News
Read Military Reviewin Google News
52 comments
Information
Dear reader, to leave comments on the publication, you must to register.