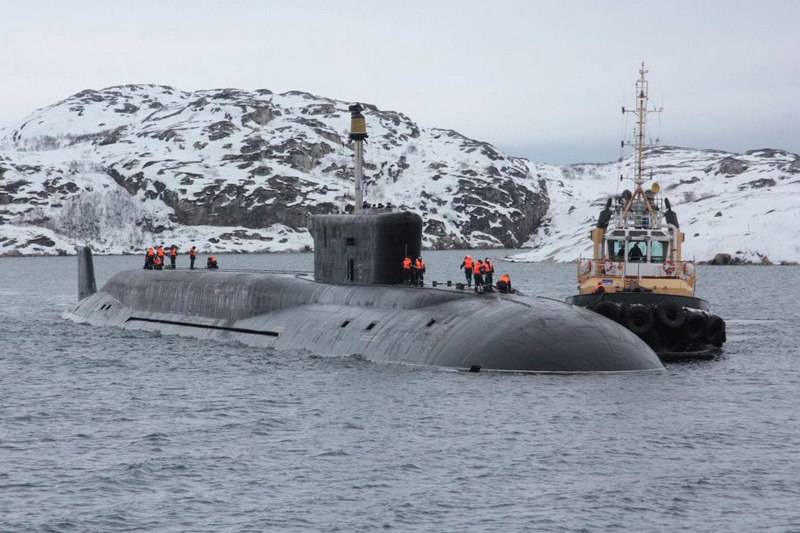 Russian nuclear submarines will soon receive special rockets for arsenal to create ice wormwood in the ice for combat missions. Corresponding rockets have already been created and are currently being tested.


As the Ministry of Defense explained, special unguided rockets have been developed for Russian nuclear submarines that are designed to break ice before launching missiles or surfacing a submarine; in addition, they can be used to make an ice hole for surfacing a rescue capsule. Currently, these shells are being tested as part of nuclear submarines of projects 955 "Borey" and 855 "Ash" in the North navy.

It is noted that during the tests, ice crackers confirmed the ability to make an ice hole in any ice and hummocks in the right place. Submarines will be able to launch LDCs not only from the ice position, but also being on the surface.

The Russian Navy used standard submarine torpedoes to make ice holes in the ice, but the practice of using torpedoes showed the insufficient effectiveness of this method and the need to create a special ammunition for breaking ice.

As Izvestia writes with reference to the Ministry of Defense, tests of special missiles began in the summer of 2014, details of the new development are not given.

The second Soviet submarine K-181 of project 627A Kit was able to surface at the pole, having overcome more than 1 thousand nautical miles under the ice. On September 29, 1963, at the North Pole, sailors raised the state and naval flags of the USSR.
Ctrl Enter

We are in Yandex Zen
Compact strike: American portable anti-tank weapons
List of CIA-funded Russian public organizations
79 comments
Information
Dear reader, to leave comments on the publication, you must to register.