In Ukraine, a new scandal broke out with defective cases for the BTR-4E 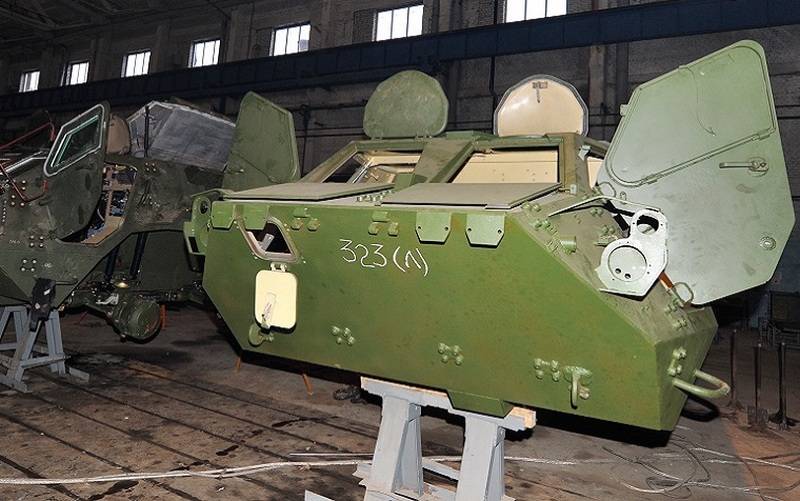 In Ukraine, another scandal broke out with defective armored vehicles for Ukrainian wheeled armored personnel carriers BTR-4E. Материал under the heading "New BTR-4 for the army: not yet made, but already cracking at all seams. Why so?" posted on the website of the Ukrainian information and consulting company "Defense Express".


As follows from the material, the company Lozovsky Forge-and-Mechanical Plant LLC (LKMZ, Lozova, Kharkiv Oblast) supplied the Morozov Kharkiv Design Bureau of Mechanical Engineering (KHMB) to the first three armored vehicles for the manufacture of new armored personnel carriers BTR-4E. All the armored corps came with a marriage - cracks were found on them. However, the undigested and cracked armor bears the stigma of the 85th military mission of the Ministry of Defense of Ukraine, demonstrating that everything is in order with these buildings.

Earlier, Ukroboronprom and the Ministry of Defense of Ukraine unblocked under state guarantees a contract for the supply of 45 BTR-4 to the Armed Forces, having made an advance payment of 125 million hryvnias. It was stated that all BTR-4s are manufactured using Ukrainian "71" brand armor.

However, the first armored hulls delivered under an unlocked contract already have distinct signs of marriage. This is poor-quality welding, cracks that hide under the paint.

In addition, each of these iron semi-finished products has yet to be “filed” with an enormous loss of time, so that it is possible to install components and assemblies by the assembly teams of KHKBM
- stated in the material. 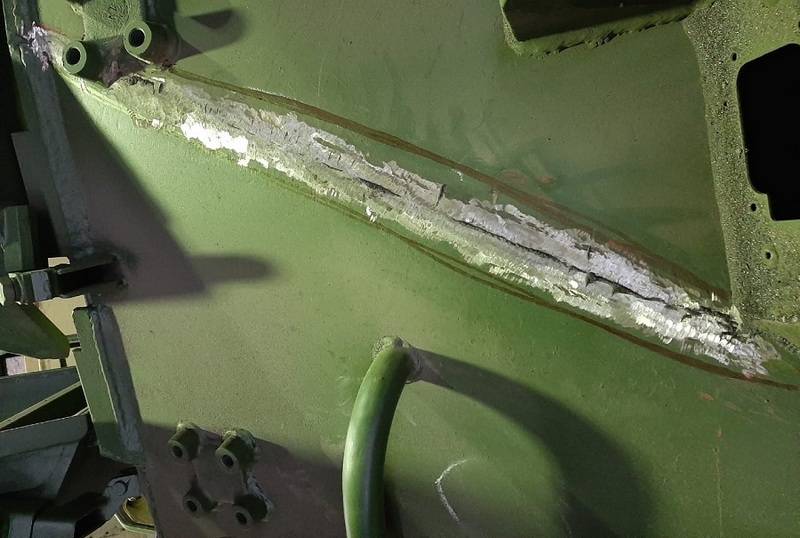 It is noted that all armored vehicles are branded with the 85th military mission of the Ministry of Defense of Ukraine, saying that these "products" have passed military acceptance and are ready for the production of armored personnel carriers.

As previously stated in Ukroboronprom, the Kharkiv Design Bureau of Mechanical Engineering purchased state-of-the-art steel for the creation of armored vehicles. As a result, it turned out that instead of Ukrainian-made steel, foreign steel was purchased for the creation of the BTR-4E according to a very complicated scheme. During the trial, it was possible to establish that the steel was not Ukrainian, but Finnish, and it went through a Polish intermediary company. 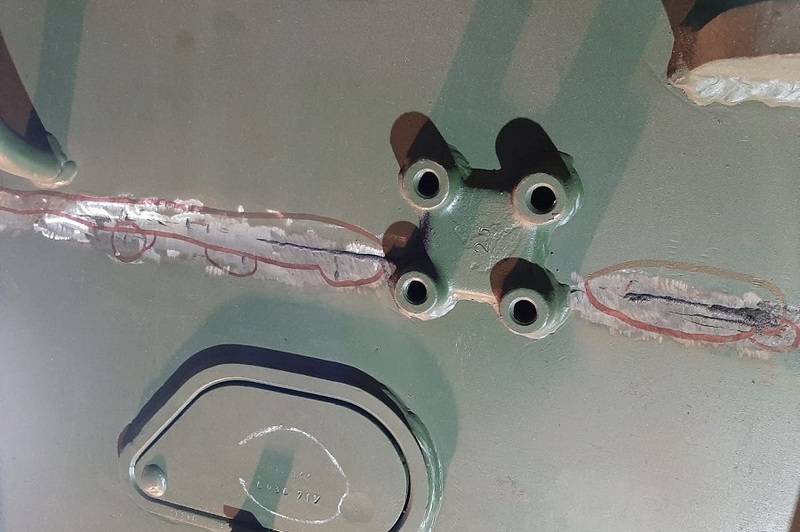 Currently, the armored hulls are made of Ukrainian steel grade "71", which does not meet a number of parameters for the manufacture of armored hulls.