Black Night and Streetfighter. Which tank will the UK get? 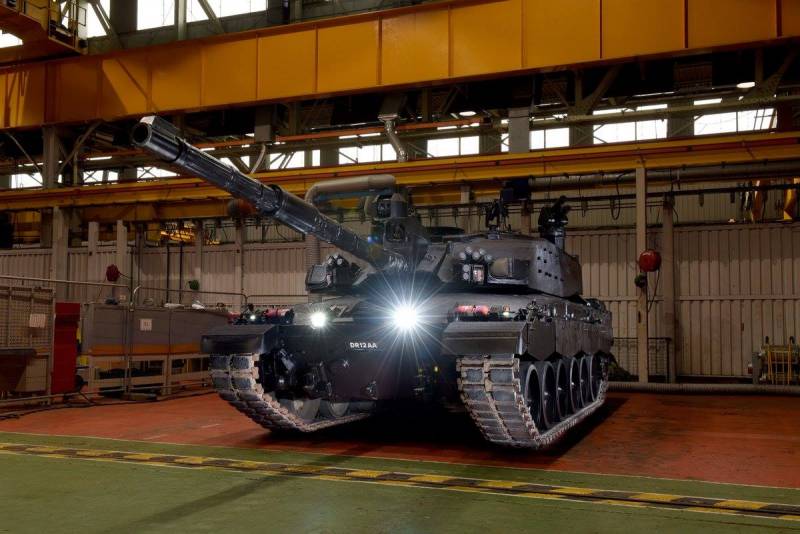 Thunderstorm of the seas, but not tank ranges

К tanks the British have a special relationship. This is not surprising when you consider that these machines owe their very concept to the Foggy Albion.

First in stories the tank used in combat was the British Mark I. Although the most perfect tank of World War I is not unreasonably considered a light French Renault FT. In World War II, Great Britain generated a number of strange, and sometimes archaic, products. There were also successful ones. Already in 1945, the release of Centurion began, which the British themselves sometimes call the best tank of the Second World War (as you know, he did not directly participate in the war). Good survivability and excellent reliability allowed the machine to serve for many decades and become one of the best tanks of the XX century.

In a word, British tank building was developing quite in the spirit of its time, and sometimes even ahead of it, becoming an example to follow. That was until the end of the Cold War. Recall that in the 80s the main Challenger battle tank appeared: the most advanced aspect of its design was the combined multilayer Chobham armor. The main armament - rifled 120 mm weapon L11A5.

In terms of the sum of its combat qualities, the car already somewhat lost to Abrams and Leopards 2, and at a price to the Soviet MBT. The only foreign operator was Jordan.

In 1994, the British began to produce a new version of the tank - "Challenger 2". The car, among other things, could boast of solid protection. According to the Russian resource btvt, the level of resistance of the forehead of the turret of the new tank was 800 millimeters from armor-piercing feathered sub-caliber shells and 1200 from cumulative shells. Leopard 2A5 has 800 and 1300 millimeters, respectively. "Challenger 2" received a rifled 120-mm gun L30E4, as well as a number of advanced at the time of the start of production of electron-optical devices.

However, the tank received more than modest ratings: at least against the backdrop of the most advanced European and Asian vehicles. In addition to Britain, only Oman ordered the tank: 18 units in 1993 and another 20 in 1997. The total number of built "Challengers 2" is about 400 cars. 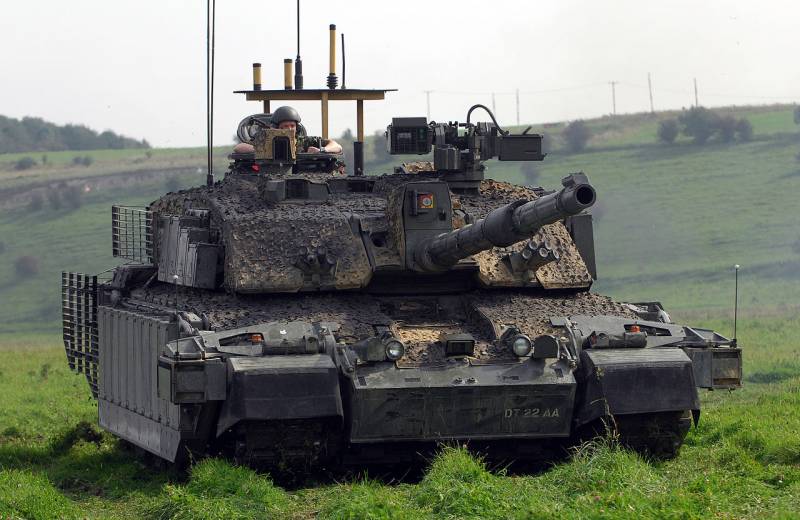 In 2009, BAE Systems announced the phasing out of these tanks, which de facto meant at the same time the end of the active existence of British tank building. It is worth recalling that not so long ago France and Germany launched the Main Ground Combat System program, within which they must create a new tank. The British can no longer compete with such giants, even if they had free money for it (and something tells us that there may be difficulties in connection with Brexit).

However, the tragedy of British tank building at some stage grew into a comedy. Recall that BAE Systems is declared as a participant in the development of the mysterious Polish PL-01 - either a prototype, or a technology demonstrator, or just a character in computer games. 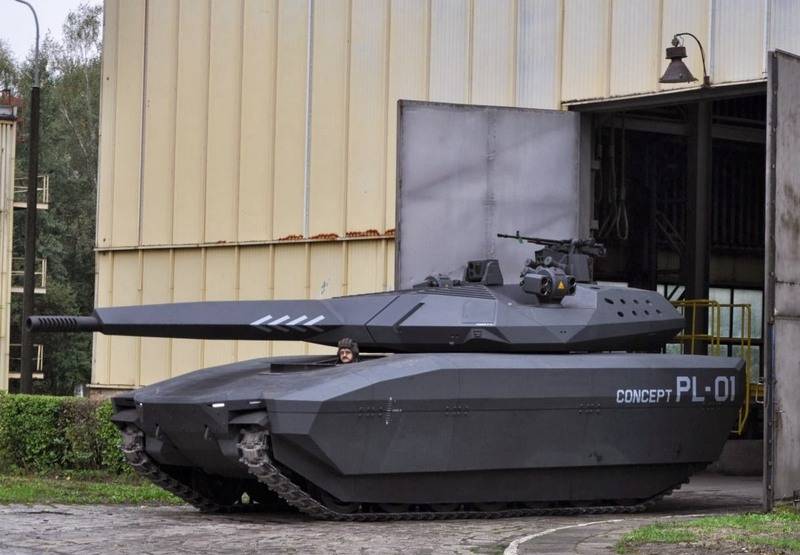 In fact, all that the UK has (and will have in the foreseeable future) is far from new Challengers 2. Now they are trying to upgrade them to make cars at least partially meet the requirements of the XNUMXst century. So far, PR is clearly more than real cases.

Recall that in 2019, the UK Department of Defense suspended the Challenger 2 Life Extension Program (CR2 LEP) tender, which involved the modernization of MBT. However, some of the previously proposed ideas attract attention. Last year, BAE Systems first talked about the new version of the Challenger, called the pathetic Black Night and painted black. The machine, as reported, can receive a complex of active protection (KAZ) - similar to the one that is now installed on the "Abrams" and "Merkava" (I want to say the same thing about the T-14, but it is still far from a full-fledged "series"). 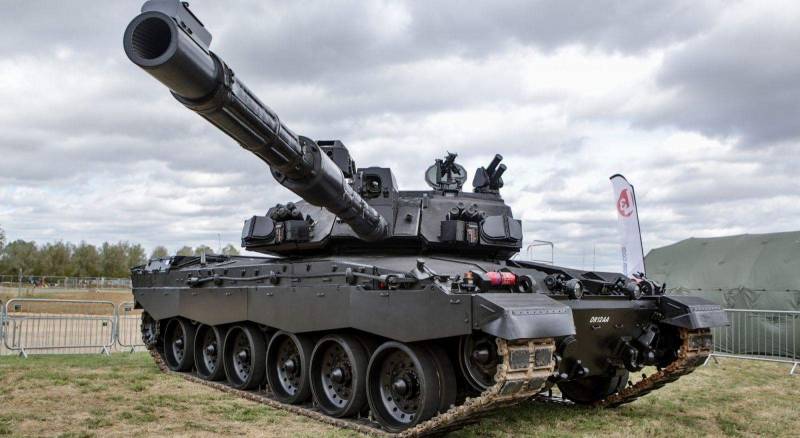 The presentation looked all the more strange when you consider that, in addition to the alleged KAZ, there are no other improvements as such. The main and, in fact, the only one of them was the expansion of the ability to conduct combat at night. Remained old and the "main caliber."

And at this time, continental Europe was in full swing experimenting with fundamentally new guns. The German Rheinmetall offers a 130 mm cannon for the future European tank, while the French partners even think about a 140 mm gun. How can one not recall the Soviet experiments with 152 mm “monsters”. Recall that they wanted to equip Object 195 with just such a gun, but in the case of the aforementioned Russian T-14 based on the Almaty, this idea seems to remain just a bold proposal.

In January 2020, the blog of the Center for Analysis of Strategies and Technologies bmpd spoke about testing another version of Challenger 2, called Streetfighter II. The information was originally posted by Jane's Defense Weekly in its IronVision trialled on Challenger 2 Streetfighter II. As it was reported then, in December last year, on the territory of the British center for urban combat training, Copehill Down (Salisbury) conducted the first tests of the modified tank, which is designed for fighting in urban conditions. The official presentation was held on December 5th.

The tank was developed on its own by the Royal Tank Corps with the participation of the UK Defense Ministry Research Center.

In general, the presentation and choice of the name sounds like “butter oil”. After all, any modern tank should be able to conduct urban battles: these are the realities of the XNUMXst century, when there are multiple clashes in large cities. 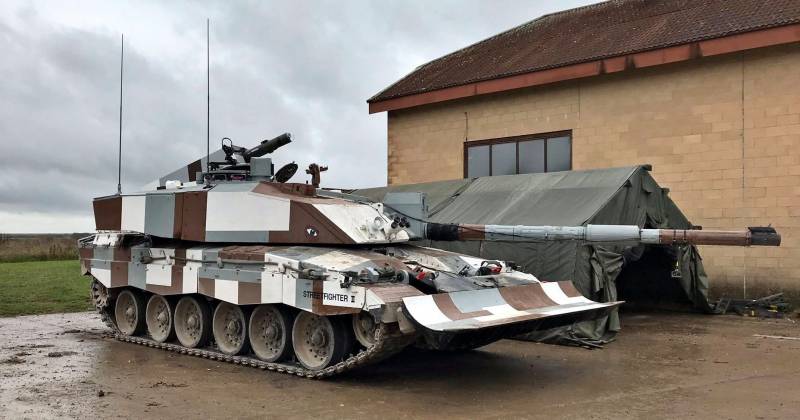 What do developers offer us? The main novelty should be improved situational awareness of the crew. The machine should receive a system of "transparent armor" Iron Vision from the Israeli company Elbit Systems. Due to this, the tankers will receive an all-round view, which they will be provided with cameras installed on the tank body. Information should be transmitted in real time to the helmet-mounted indicators of the crew members, thus creating an effect of the “through” the tank. In addition, the tank must have a new communication system and a bulldozer blade. On the tower, you can see an additional 12,7 mm machine gun M2 and a 60 mm mortar.

Actually, the name Streetfighter II originates from the British efforts to strengthen the protection of the Challenger 2 of the British contingent in Iraq in 2007-2008: this version, as you might guess, was called "Street Fighter". The created palliatives involuntarily resemble modern economical versions of the so-called Sherman Jumbo, which appeared at the very end of World War II and are modified M4. Despite the “fashionable” solutions, such an upgrade alone will not allow you to get a tank that meets the requirements of the XXI century.

The most potentially successful of the proposed versions seems to be the option shown in London at the Defense Exhibition and Security Equipment International (DSEI) 2019, held in September. Then, recall, the Challenger 2 was introduced, equipped with a new tower with a 120-mm smoothbore German gun Rheinmetall Rh 120 L55A1. This approach has its undeniable advantages: it will make it possible to unify the shells used within the NATO framework and increase the combat power of MBT. A 1200-horsepower regular Perkins diesel engine is also expected to be replaced with a German MTU with a capacity of 1500 horsepower. In addition, the tank is proposed to be equipped with new electronics. 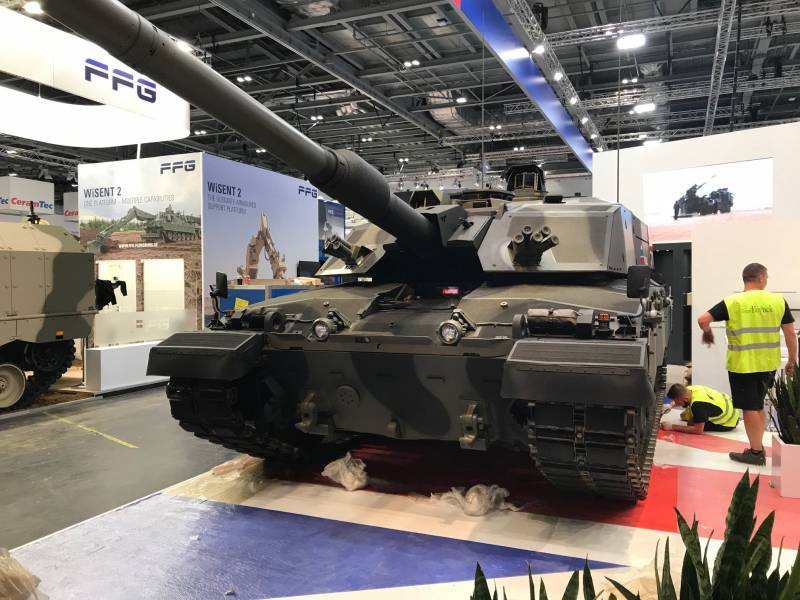 Of course, all this will require a lot of money, with which, as we have already noted above, the British have difficulties. The British Ministry of Defense will not say its weighty word until 2021: it is possible to predict with a great deal of confidence that a breakthrough is not worth waiting for here.

We are in Yandex Zen
Modernization of MBT Challenger 2 for urban conditions
Medium tank Medium Tank Mark D (UK)
28 comments
Information
Dear reader, to leave comments on the publication, you must to register.