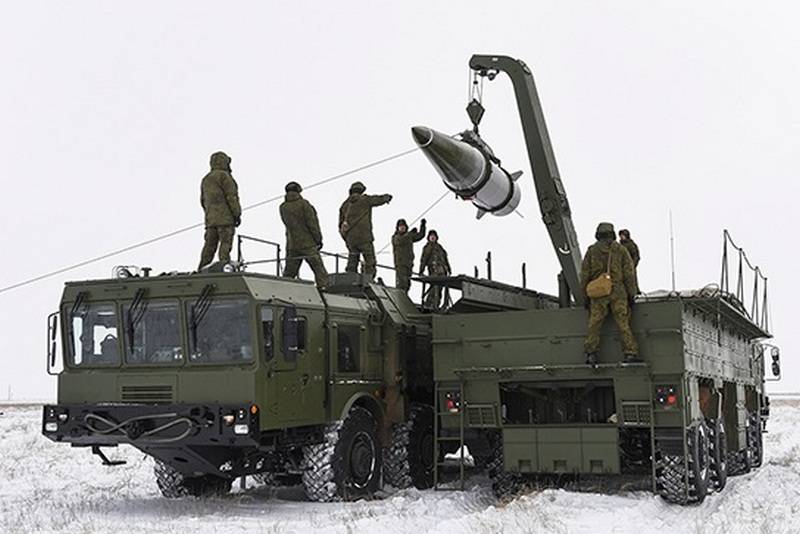 The military personnel of the missile compound of the Eastern Military District worked out the issues of the delivery of special ammunition for operational-tactical missile systems (OTRK) Iskander-M to the conditional region. This was reported by the press service of the BBO.


According to the report, on January 22, military personnel of the 103rd Separate Missile Red Banner Brigade worked out the coordination of transport units with the crews of transport-loading vehicles of Iskander-M complexes for the delivery and reloading of special ammunition for the OTRK, as well as their further shipment to designated areas.

In total, the personnel of the base during the planned training worked out about 20 introductory, mainly aimed at studying the capabilities of the unit by the commanders, to maintain combat readiness in various conditions, as close as possible to combat conditions.

According to the bmpd blog, this message is the first official confirmation of the availability of special ammunition in a nuclear version for the OTRK Iskander-M. Prior to this, the Ministry of Defense did not publish such messages.

We are in Yandex Zen
Weekly summary (30 January-5 February) on the military and social situation in the DPR from the military officer "Mag"
List of CIA-funded Russian public organizations
43 comments
Information
Dear reader, to leave comments on the publication, you must to register.