The first military drone of its own production presented in Ukraine 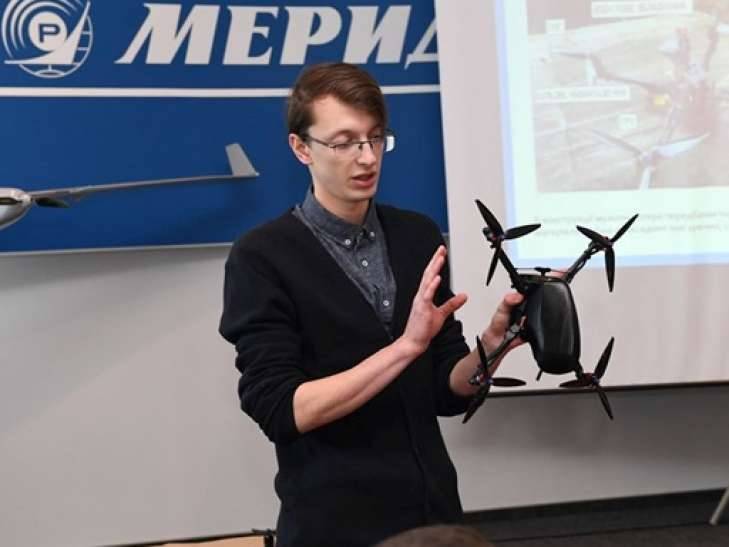 Yesterday, the staff of Meridian OJSC named after S.P. Korolev, which is part of the Ukroboronprom state concern, presented with great fanfare the "first fully Ukrainian development" in the field of creating unmanned aerial vehicles for purely military purposes. Presented to the most respected public, in the first place - to potential users in the person of the military, the novelty does not look very impressive. Well, what happened. Its main advantage, as the gunsmiths of the Nezalezhnaya claim, is that they created it exclusively on their own, as they say, “from what was”.


Indeed, the development of the Bereginya UAV, ordered by the Ukrainian defense department in March 2019, was carried out at a fairly rapid pace - in October last year it passed the first flight tests, and now, as a project manager, an Ukroboronprom employee and a post-graduate student of the Kiev Polytechnic Institute . Sikorsky Maxim Sheremet, completely ready for delivery to customers. The device is small - taking into account the light carbon frame printed on a 3D printer, it weighs less than 2 kilograms. But according to the developers, it is capable of gaining a height of 100 meters in some 3 seconds and can deal with gusts of wind up to 20 meters per second, without losing control. And also - to develop a speed of up to 120 km \ hour, stay in the air for up to 45 minutes and carry up to one and a half kilograms of payload. Declared tactical flight range - up to 12 kilometers

An important advantage of the device is its extreme simplicity. The creators of the UAV claim that in the hands of having at least some idea of ​​what and how to do the operator, complete preparation for the entire complex will take a couple of minutes at most, and, say, the process of replacing the drone’s battery is generally less than a minute. Established "weapons»UAVs are two cameras - analog and digital. In principle, according to the same Sheremet, the only thing that, by and large, distinguishes his “combat” creation from drones of a similar class, in some countries used for such purely peaceful things as pizza delivery, is the presence of “specialized communication channels” "Which are supposedly" impossible to crack. " In any case, the technical documentation states that the device "can operate in conditions of exposure to electronic warfare equipment." How it will actually be - we will see if Bereginya goes into the series and begins to enter the troops.

In any case, the developers of the drone predict a bright future for him as a "means for reconnaissance and adjustment of artillery fire", as well as "an indispensable and reliable means of increasing the effectiveness of military units." So far, according to the statement of the deputy general director of Ukroboronprom for armored, radar and special equipment Igor Fomenko, the device will have to go to the army for field “break-in” in real conditions, to obtain a real estimate and, possibly, further development in accordance with it. Well, if in the Armed Forces of Ukraine they support optimism and enthusiasm of gunsmiths, in the very near future the Donbass militias will also have to meet with the small and brisk flying spy. And then we’ll find out how justified the current enthusiasm about the frail first-born Ukrainian military-industrial complex in the field of unmanned military equipment.

We are in Yandex Zen
Situational analysis of the death of the MH17 flight (Malaysian Boeing 777), made on the basis of engineering analysis from 15.08.2014
Results of the week. “In our cooperative, the board is always agreed”
68 comments
Information
Dear reader, to leave comments on the publication, you must to register.