Will our armored vehicles be protected? The operational combat readiness of KAZ Drozd-2 is not far off 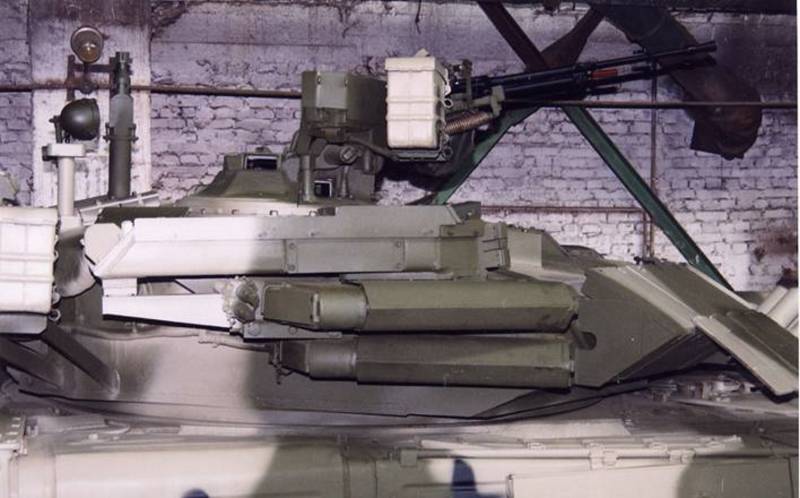 Undoubtedly, active defense systems, as well as mounted and built-in dynamic defense systems of the 2nd and 3rd generations, are an integral component of maintaining the combat stability of mechanized units of the ground forces, covering fortified areas or carrying out offensive throws in those operational areas that are replete with dozens of anti-tank enemy missile systems equipped with monoblock and tandem cumulative warheads with armor penetration of 900+ mm behind elements of dynamic protection.

Against this background, information on the start of full-scale tests of the active defense complex (KAZ) TKB-0252, also known under the code "Drozd-2", provided extremely serious food for thought in expert communities and at military-analytical forums. According to the Rossiyskaya Gazeta news publication, which refers to a test order document posted by the Tula Design Instrument Design Bureau named after Academician A. G. Shipunov JSC on the public procurement portal on December 17, 2019, an “optional package” is being prepared for testing at the Drozd- 2 "will be represented not by the standard protective shells (anti-shells) ZOF53, previously used in the ammunition of the first modification of the Drozd complex (" Product 1030M-01 "), but by the perspective protective shells-interceptors ZOF77, now constituting basis of a complex of active protection "Afghani".

As a result, the modernized version of Drozda-2 (TKB-0252) can boast a number of technological advantages both over the standard modification of the complex (Drozd-2) and the modernized brainchild of the Kolomna Scientific and Production Corporation Engineering Design Bureau - active protection complex T09-06 "Arena-M".

First of all, the ZOF77 protective shells boast the presence of a “shell” with a more powerful throwing charge, which ensures the interception of attacking shells at distances of more than 20-30 m (compared to 7-10 m for shells of the ZOF53 family of the standard KAZ Drozd / -2 "). It is logical to assume that this feature will significantly reduce the likelihood of damage or incapacitation of optoelectronic sighting devices (multi-channel combined gunner’s sight “Sosna-U”, panoramic sight of the commander) and radar guidance modules of the KAZ TKB-0252 “Drozd-2” defense pieces of equipment with fragments of intercepted high-explosive shells, ATGMs, multi-purpose tactical air-to-surface missiles, etc.

Moreover, intercepting enemy shells at a distance of several tens of meters will significantly reduce the risk of high-speed fragments falling into the Relic dynamic defense elements 4C24 with further initiation and, accordingly, “bare” armor plates in front of armor-piercing fired projectiles of kinetic action. When destroying attacking means of air attack at a distance of 7-10 m from the defended unit of armored vehicles, such a risk is quite large.

Secondly, according to numerous military-technical portals that refer to competent sources, ZOF77 defensive anti-shells are equipped not with a standard high-explosive fragmentation warhead, but with a strike-type warhead with spatial optimization of the shot-strike sector directly in the direction of the attack shell the enemy, which is realized thanks to the programmed initiation of a certain array of several dozen fuses located on the back of the container with the “impact core”.

This principle of interception is similar to the concept of kinetic destruction of ballistic targets by the hit-to-kill method (direct hit), where either a controlled super-maneuverable combat level or a missile defense interceptor as a whole is used as a kinetic interceptor. In the case of ZOF77, an uncontrolled “impact core” is used as an interceptor, having the form of a pest and a speed of the order of 2,5-5 km / s. Therefore, for its direct hit in a small-sized high-explosive fragmentation projectile, anti-tank guided projectile, rocket-propelled grenade or core of an armor-piercing feathered sub-caliber projectile of the enemy, filigree accurate target designation, transmitted to the computerized control unit of the fuse group of the protective projectile ZOF77, from the critical moment of intercepting a hundredth of a second projectile.

Based on the fact that the ZOF77 cannot be adapted to accommodate the active radar seeker Ka / W-ranges due to the technical impossibility of overlapping the facing of the “impact core” (fraught with deviation of its flight path), the main source of target designation for the fuse initiation control module can only be radar KAZ TKB-0252 module located on the tower of the defended tank and having a resolution of 0,05-0,1 m, as well as the highest performance of the device for processing radar information to minimize reaction time when working on the cores of armor-piercing shells and other high-speed targets. Naturally, the standard radar guidance module of the Drozd-2 complex did not previously have an elemental base with similar capabilities.

It is easy to assume that the Drozd-2 complex in the TKB-0252 version will be re-equipped with a 128-millimeter hard-drive AFAR radar from the Afghanit active defense complex. This product has an accuracy of the order of 0,29 ° and a high-performance radio-electronic architecture of the transmitting and receiving tract, which provides detection and tracking of ultra-small cores of armor-piercing feathered sub-caliber shells approaching at speeds of the order of 1600-1700 m / s and having EPR in thousandths of a square meter, not to mention already about low-speed ATGM with an effective reflective surface of about 0,05-0,08 square meters. m

As you can see, in the case of successful passing control tests and gaining operational combat readiness by the TKB-0252 Drozd-2 active defense complex, in the foreseeable future we should expect the conclusion of large contracts between the Russian defense department and the Central Design and Research Bureau of Sports and Hunting weapons (a subsidiary of the Tula KBP JSC) for the supply of these systems to motorized rifle and tank brigades of the Russian NE, which will sharply increase their combat stability in the most important strategic areas of the European conventional theater of operations.

Meanwhile, the "genetic disease" of the Drozd-2 and Arena-M complexes, which consists in the impossibility of intercepting ATGMs, tactical missiles and guided artillery shells diving at defended units at angles of more than 45 degrees or more in the "hill" mode, - It remains as before, since the elevation range of the TKB-0252 radar guidance modules is only 20 degrees, while transport-launch mortars with protective shells ZOF77 are also stationary and do not have devices for adjusting the angle of rotation. The situation in this case can be saved by equipping both the radar guidance modules and the mortar with electromechanical dovor drives in the elevation plane.

We are in Yandex Zen
Ukrainian trace in the "Afrin slaughter". Merged Ankara project of the system "Rain" will change the balance of power in Syria
Protection for armored vehicles (Part 2)
37 comments
Information
Dear reader, to leave comments on the publication, you must to register.