Mikheil Saakashvili with sponsors will have to pay Adzharia? 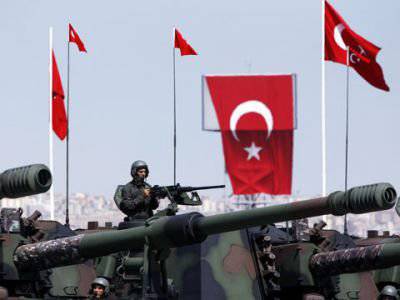 It would seem that after the insane adventures of the Georgian authorities with the filing of foreign sponsors of the 2008 model of the year, when, as a result, Georgia lost South Ossetia and Abkhazia, the same Georgian authorities would have to make the relevant conclusions. However, this seems to be the classic example when mistakes, even so obvious, do not teach politicians anything. Regarding Russia in power of Georgia, and first of all, President Saakashvili, there is the former hysteria, which, in addition, often borders on the idea of ​​outright revanchism. It is sad that Mikhail Saakashvili on this idea wants to achieve political dividends for himself and his party, at every step hanging up anti-Russian labels and trying to put the Russian Federation in the eyes of the Georgian people the main trouble of Georgia. Moreover, rhetoric is often aimed at the fact that Russia, even in historical terms, was the main evil, and its main task was the oppression of its tiny southern neighbor.

All adequate people, of course, understand that from these words to reality there is a real insurmountable abyss, but the fact remains: anti-Russian sentiments on the territory of Georgia have gained significant momentum lately.

Only recently, the Georgian authorities had to somewhat distract from their old bagpipes with the Russian special services, which literally flooded Tbilisi and other Georgian cities, from the obsessive idea that in Russia everyone literally sleeps and sees the enslavement of peaceful Georgians. And the reason for this kind of distraction was given by the southern Georgian neighbors - the Turks.

At first, information appeared in the Turkish press, the authors of which were very radical politicians. This information concerned one of the political and administrative regions of Georgia - Adjara. According to representatives of certain Turkish political forces, Adjara has been under the yoke of the Georgian occupation since 1878 ...

The fact is that until the designated time, Ajaria was part of Turkey for more than three centuries. And she went to the Ottomans after the feudal fragmentation in Georgia itself, when individual local princes could not decide on the issue of further residence in a single state. As a result of the Russian-Turkish war of 1877-1878, Russian troops liberated Ajaria from Turkish claims, after which Ajaria was annexed to the Russian Empire. At the same time, the national, cultural and religious identity was completely preserved, a steady increase in the number of labor cooperatives was observed, which worked according to a special protectionist scheme on the part of the state to obtain large tax preferences.

However, during the difficult years for Georgia, the Turkish authorities repeatedly raised the issue of returning Ajaria under their wing. Attempts at such a return were made during the years of the civil war in Russia, as well as undertaken today, but in other ways. Ankara understands that in order to make Adjaria its own, today it is not at all necessary to send troops there, but to use soft power policy, as they say now. And I must say that this policy is successfully implemented in Adjara by the Turkish authorities.
The fact is that with the population of Ajara less than 380 thousand people, more than 10% of the population of this region are ethnic Turks with Georgian passports. Only in the period from 2010 to 2012, the Georgian authorities issued 25 thousands of new Georgian passports to Turkish residents of Adjara. Obviously, if such a trend continues, in a short time the Turkish minority in this part of Georgia may well become an equal ethnos, and even a majority, because the activity of Muslim communities today in any country of the world is manifested quite clearly. Georgia is no exception in this regard.

Today, the Georgian opposition, which the democratic Georgian authorities are persistently trying to silence, says that the Muslim community of Ajara constitutes about 31% of the region’s population. In recent years, in this part of Georgia, 180 mosques and more than fifty Muslim religious schools have appeared. Such a tendency to the Georgian opposition today is in many ways reminiscent of the Kosovo precedent.

Everyone knows that after the collapse of Yugoslavia, Kosovo for a long time remained part of Serbia. However, with the active assistance of Albania and the West, this Serbian territory was actively inhabited by ethnic Albanians, many of whom had both Serbian and Albanian passports. When the number of Albanians in Kosovo reached a certain point, which can be called critical, the separatists began to use this fact to solve their problem. As a result, it was announced that the Serbian authorities infringed on the rights of the Kosovo Albanians, and President Milosevic was sending out undisguised genocide of the Albanian population to the territory of the region. The plan, as you know, worked: a democratic NATO raid on Belgrade and other Serbian cities aviationwhich, with the help of bombs, decided the outcome of the separation of Kosovo from Serbia, and Kosovo itself is today recognized by a number of countries as an independent state.

But, anyway, the Adzharian scenario is in many ways similar to the Kosovo scenario. The only difference here is that Pristina and Belgrade took the path of confrontation almost from the very beginning, while Tbilisi and Ankara continue to talk about their friendship forever. And if such a friendship is clearly on Turkey’s hand, then Mr. Saakashvili consoles himself with hopes that Turkey will not demand anything in return from this friendship.

In the meantime, everything looks calm in Ajara. Tourism is developing, new hotels are being built, roads are being built. Only now all these projects are implemented largely by Turkish funds. Ankara's investments look like a kind of sleeping pills for Tbilisi, which Mikhail Saakashvili swallows with a sweet expression on his face. In exchange, the south of Adjara (the territory near the Turkish border) gradually turns into a region that is almost completely under the control of Turkey. Turkish business for Turkish money is developing here with an active Turkish management system. Adjarians here represent a melting minority. In local villages it is almost impossible to hear Georgian. It is also noteworthy that in the territory of the south of Adjara, Turkish businessmen formed a special cluster of very dubious business. According to the locals, prostitution and sex tourism are thriving here, the income from which goes across the Turkish border. Residents of the southern villages of the village even wrote an appeal to Saakashvili with a request to solve this problem, but no news came from the president. And this once again proves that the Georgian leader today cannot be guided by his own principles, but is forced to work according to the instructions that were imposed on him from outside. Outside gloss, which seems to be beautiful Batumi embankments and well-restored buildings, hides foreign funding, which sooner or later will become a stumbling block for Tbilisi.

Foreign investors can go in two ways: either they will force the Georgian authorities to dance to their tune and support their work in Georgia (which is already happening today), or - a radical scenario when those foreign financial donors themselves want to steer the country (as happened in Kosovo) . And if everything goes along the second path, then the first territory that may come out from under the Tbilisi subordination will be Ajaria.

And if so, then Mikhail Saakashvili could become a kind of Mikhail Gorbachev of the Georgian spill, who declared democratic Western ideals, and at this time allowed the country to collapse right before his eyes. It is possible that for the further game, according to the rules of the West, Saakashvili may even be given the Nobel Prize, as the most peacekeeping policy for all history modern Georgia - one must somehow continue to obscure the eyes of ordinary Georgian citizens, when the country is literally bursting at the seams.