Disputes about the war: foreign media cross all boundaries of decency 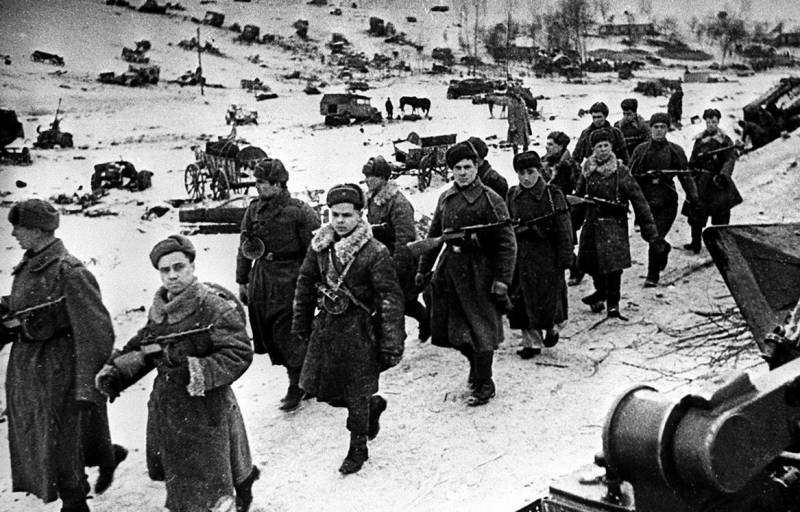 The other day, the Asahi Shimbun Japanese newspaper accused Russian President Vladimir Putin of trying to distort history war. As expected, the editorial of the publication ends with the problem of the so-called "northern territories", which, according to Asahi, "arose as a result of the fact that Stalin concluded a secret agreement with Great Britain and the USA, on the basis of which he occupied the Kuril Islands."

At the direction of Washington?

However, the leitmotif of the article was Asahi’s objection to Putin after his words at the annual press conference, where he praised the scandalous resolution of the European Parliament: “It is shameful to put the USSR and Nazi Germany on a par”. The Japanese categorically disagree with this and gladly put on a par with the country that enslaved Europe, and the one that freed it from the enslavers.

Asahi repeats the interpretation of those long-standing events that was popular today among the uninhabited historians and politicians that Hitler attacked Poland in accordance with a secret agreement with Stalin “on the delimitation of spheres of influence in Eastern Europe. Then the Second World War began. ”

A simple and legitimate question arises: "Why should the Japanese national newspaper get involved in historical quarrels in Europe?" Moreover, Tokyo and Moscow have their own rather complicated political agenda. The answer was prompted by the Americans.

Shortly before Asahi, the American author Bloomberg published a lengthy article on the assessment of the outbreak of war. There it is written bluntly that Putin gives a new interpretation of the history of World War II. Like, it became his obsession.

The author is sympathetic to the historical activity of the Russian president. In his opinion, Putin sees how the "dominant narrative line about the war is turning around against Russia," and is trying to confront it.

Bloomberg does not like this, and the publication passes its verdict to Russia. It writes: “Throughout the Cold War and even in its worst years, the victorious alliance of the Soviet Union, the United States, Britain and France served as a reminder that cooperation is possible. But today there is a tendency to abandon this historical baggage and treat Russia as a criminal without any reservations. ” That's it!

After this American shamelessness, an editorial appears in the Japanese Asahi and at the same time an opus in the British Times under the heading "Vladimir Putin is trying to justify Russian history." It is noteworthy that the British publication devoted its article to the memorable date of the liberation of the Auschwitz concentration camp.

It clumsily tries to explain why Poland and Israel celebrate the 75th anniversary of the liberation of the most terrible death camp, and concludes with the help of Polish propagandists: "Solemn events in Israel, initiated by Vyacheslav Kantor, a Russian-born oligarch."

The Times quotes the director of the Polish Institute for International Affairs, Slavomir Dembsky, that the celebrations in Israel are just “part of the ongoing Russian propaganda campaign on historical issues.”

A forecast that should not come true

The British edition concludes its historical verbiage with an assessment of the events that led to the outbreak of World War II. Chief among them, the Times writes, is "Stalin’s decision to enter into an alliance with Germany, which lasted almost two years until the time when Hitler attacked the Soviet Union in June 1941."

The historical consensus of the Western media points to a well-coordinated propaganda campaign. Its goals may be more serious than simply discredit Russia before the world.

The expert community is inclined to believe that the West would like to exclude the Soviet Union (Russia) from among the winning countries. Thus, to deprive him of his legitimate right to form a post-war world, and therefore to be the founder of the United Nations, to be on the UN Security Council on an ongoing basis.

Such a turn of events today seems incredible. But who can guarantee that it will not be implemented? After all, it was hard to imagine yesterday that the allies of the anti-Hitler coalition would lay the blame for unleashing the war on a country that had endured the main burdens of this hard times and freed Europe from fascism!

We are in Yandex Zen
Results of the week. “In our cooperative, the board is always agreed”
Kuriles - an integral part of our homeland
209 comments
Information
Dear reader, to leave comments on the publication, you must to register.