Pension reform. No man - no problem? 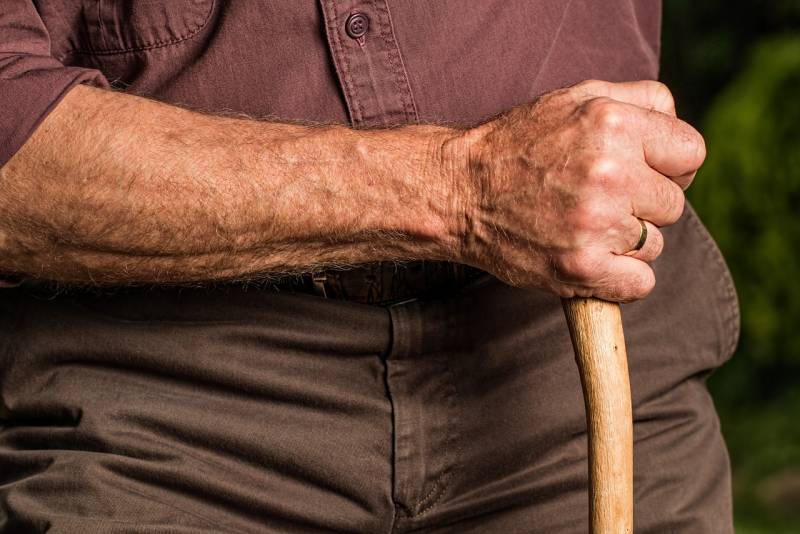 Once again, I am convinced that Comrade Stalin is right in many matters. It becomes clear why the name of this far from unambiguous person is not forgotten among the people for many years, despite the massive ideological treatment of our brains - starting from childhood and ending with materials in the media today.

"No man - no problem." You cannot say more ingeniously. Briefly, like a shot from a pistol, and capacious, like a philosophical treatise. And most importantly, not just a common expression, but a guide to action for some categories of our citizens. And I'm not talking about crime bosses or street punks. I’m talking about respectable high-ranking officials with leverage.

Today we will talk about the first results of the pension reform in Russia. The material is a continuation of the article. "Pension reform: we do not live in the USSR", which was published on January 13, 2020. We continue to consider the pros and cons of PR in a slightly different aspect.

An interview with the head of the FIU Anton Drozdov appeared in Rossiyskaya Gazeta, in which a very interesting figure was given. Right soul rejoices for our state. Finally learned to save folk money!

Hurrah! The Russian Pension Fund managed to significantly reduce state budget expenditures in just one year! It’s no secret that the PFR is chronically short of pension money. We will not talk about the reasons that led to this state of the Fund.

But the fact that 40% of the funds needed to pay these same pensions came to the FIU from the budget is worth mentioning. This Fund works very effectively for us. Like the Field of Miracles in the Land of Fools, where Pinocchio stubbornly carried his gold. Pinocchio is all of us, and the field ...

Do not think that the FIU learned to work with finances. What for? The government will give the missing money in any way. And a hundred million rubles back and forth for the state are mere pennies. As they say, sit a smoke and do not blow a mustache. But then where does such a saving come from?

Nothing in this world is changing. Including the relationship of man and the state. The savings were not achieved due to some ingenious financial transactions or an instant increase in tax revenues to the Fund. Savings achieved through our pockets. More precisely, our wallets.

It was not by chance that I started the material with the statement “father of all nations”. It was the principle formulated there that worked. According to the estimates of the "main pens", in 2019, 1 million 185 thousand people were to retire. A huge number of people who have reached the "age of survival."

But, in accordance with the reformed law, only 830 thousand people actually retired. Here it is, saving! Non-payment of earned pension to 355 thousand people! Handsomely? And then! What-what, but we have learned to "clean" someone else’s pocket. To steal from one part of the people that is no longer necessary for the state for the benefit of the same people - what is not a brilliant combination?

The main thing is now you can announce the next national project! About the increase, for example, scholarships to students or subsidies to zoos. It is possible to distribute free oranges to indigenous children of the Arctic. The main thing is that this event is well covered in the press.

But the most interesting is ahead. Such savings for some time will indeed reduce payments from the budget. This year it is planned to reduce the number of pensioners by 445 thousand people. In total, according to Drozdov, for two years we save 800 thousand Russians on pensions!

Lafa will end when the opportunity to postpone retirement ends. But there is a way to get into your pocket. If not for the grandmother ... more precisely, women of retirement age. They are tenacious. They do not want to die for the good of the state.

Today it sounds wild, but economists are talking about ... a reduction in the number of pensioners due to pension reform. Impossible? Let's try to figure it out.

According to the old system of retirement by 2024, according to analysts, the number of pensioners was to exceed 40 million people. This is considering that life expectancy in 2019, according to the Minister of Health Veronika Skvortsova, until January 15, 2020, increased for men to 68,5 years, for women to 78,5 years.

According to the new system, this amount is sharply reduced. Everything is simple. An “average” man will receive a pension of only 3,5 years, and an “average” woman will be 18,5 years old. In total, due to the reduction of male pensioners, we get, again according to experts, a reduction in the number of pensioners to 35 million people or a little less. "Savings" of more than 5 million people!

Looking for the future for children and grandchildren

You know, as one of the victims of the pension reform, it would be completely easy for me to survive the increase in the retirement age. But on one condition. If I understood that such a reform would really benefit the country, people, my children and grandchildren. Our mentality is probably like this: to sacrifice in the name of the future.

But the benefits of all this, I do not see. I don’t see today and I don’t see tomorrow. What will our salaries increase? What kind of carriages are these? Additional free working hands of new retirees, on the contrary, will lead to cheaper labor. So salaries will go down. Maybe the quality of life will improve? Due to what?

Working retirees, or rather, those who are able to work, will reduce income by the amount of the same unearned pension. Non-working people will live on a penny from the employment service or on a penny in the form of a salary for low-skilled work like the work of a concierge or janitor.

Will pensions rise? Read the previous material. There this point is affected. Those increases that will be held annually, inflation will successfully eat. For some reason, they stubbornly impose numbers without inflation, but everyone understands that 1000 yesterday and 1000 tomorrow are completely different thousands.

Interestingly, will the new government also stubbornly play the role of a “rhino” attacking the enemy, or will it still think about the future and begin to sort out the blockages after the Medvedev government?

The ability to admit one’s mistakes is not only a sign of the mind, but also a fortitude, a sign of character. Let's see if the new government has character.

We are in Yandex Zen
Results of the week. Putin's ball - "on the side of America"
Raising the retirement age. Forced measure for the development of the economy or a threat to the social order of the country?
82 comments
Information
Dear reader, to leave comments on the publication, you must to register.