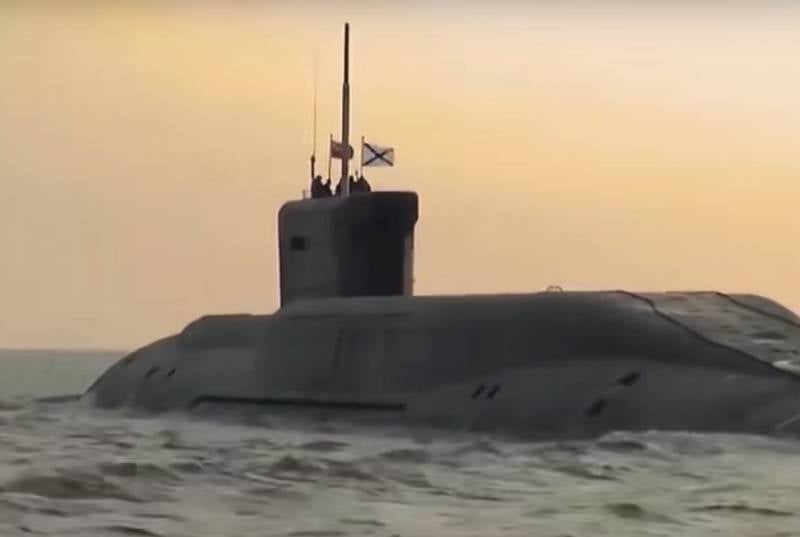 The United States is waiting for a reduction in Russian underwater fleet. At least, such a development of events is predicted by the famous publication The National Interest. The authors of the journal associate the upcoming reduction with the fact that obsolete submarines prevail in the Russian Navy.


The submarine fleet is the pride of the Russian state and one of the most important components in ensuring the country's defense capability. Submariners are considered the elite of the armed forces, and submarines perform the most diverse and often very secret tasks in the bowels of the oceans.

Therefore, the Russian leadership treats the submarine fleet very carefully, but it is not without numerous problems, one of the main among which is the age of most submarines. Indeed, now Russia, in fact, uses the legacy of the Soviet Union, which ceased to exist almost thirty years ago.

Submarines, especially nuclear ones, are very expensive, but they cannot serve the Russian state forever. Sooner or later, ships of this class are also decommissioned from the fleet. American experts are wondering how long Russian submarines can last, and give the answer: by the 2030s, the number of submarines in the Russian Navy may be reduced to 12 pieces. All Soviet-built submarines will have to be decommissioned due to their age.

The only way out of the situation if Russia wants to maintain the potential of its submarine fleet and continue to compete with the United States is only to build new submarines. But this question rests on financing. To create several dozens of new submarines that meet modern requirements, huge investments are required. Vladimir Putin pays great attention to improving the country's defense capability and does not skimp on financing the armed forces, but even with such budgetary generosity, it will be impossible to build such a number of submarines in a short time.

The situation that has developed in the submarine fleet is a consequence of the economic problems that Russia faced in the 1990s, when even the military industry, which was always one of the leading sectors of the Russian industry, was experiencing far from good times.

In fairness, it should be noted that the United States, Russia's main military and political rival and its rival in submarines, also faced a similar problem. So, the command of the US Navy announced that it needs to put into service the submarine fleet 66 submarines with strike and cruise missiles. But there are only 4 such boats in the Navy, and they are also obsolete. And Washington, like Moscow, does not have the financial and organizational capabilities to build dozens of new submarines in a matter of years.

Therefore, the competition of great powers under water will continue on an equal footing: the potential of the submarine fleets of the United States and Russia is approximately the same, but both submarine fleets face the same problems.

It can be predicted that in the future the number of submarines used by the naval forces of the leading powers of the world will be significantly reduced. And this applies not only to Russia and the United States, but also to the ex-“Queen of the Seas” of Great Britain, which also carries out a reduction in the number of submarines.

We are in Yandex Zen
Situational analysis of the death of the MH17 flight (Malaysian Boeing 777), made on the basis of engineering analysis from 15.08.2014
Results of the week. "God forbid to see Russian revolt, senseless and merciless!"
20 comments
Information
Dear reader, to leave comments on the publication, you must to register.