Stoltenberg: The number of American troops in Europe reached a record level 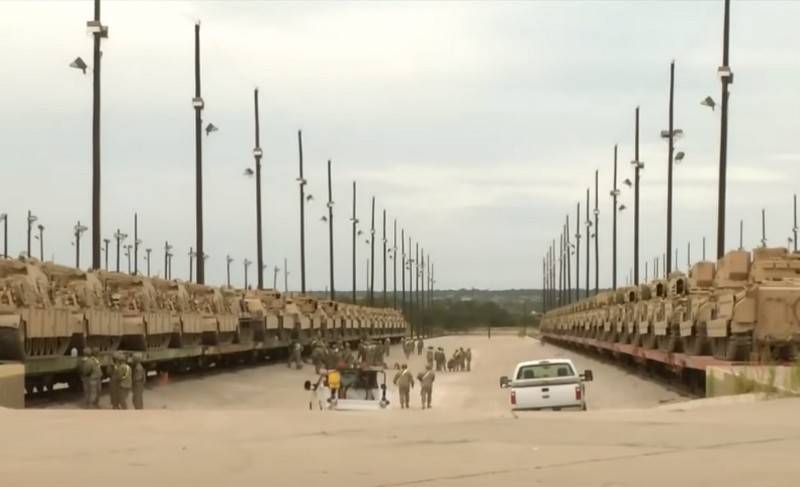 The number of American troops in Europe has reached a record level since the beginning of the century. This was stated by Secretary General of the North Atlantic Alliance Jens Stoltenberg.


Speaking at a joint meeting of the European Parliament's Foreign Affairs Committee and the Subcommittee on Defense and Security on Tuesday, NATO Secretary General said that in a few weeks, the largest Defender 2020 exercises will start on European territory, for participation in which more than 20 thousand US troops will arrive from the United States. Given the units of the US Army deployed in Europe, the US military has reached record levels since the turn of the century.

Now there are more American troops in Europe than in many years since the beginning of the century. In a few weeks, the largest Defender 2020 exercises will begin, with 2020 troops coming to Europe from the United States to participate in them. After the Cold War, the United States reasonably reduced its military presence in Europe. And now in Europe, more than ever, American soldiers and weapons
he said, without mentioning the exact number of American troops in Europe.

Stoltenberg called on European parliamentarians to acknowledge that the EU needs the US and NATO to curb "Russian aggression," fight terrorism and "look for answers to China’s challenges."

Recall that the exercises "Defender 2020" are conducted by the United States and under US command, NATO plays a secondary role in them. The exercises will be held on the territory of 10 European countries, mainly near the Russian border and will become the largest in the last 25 years. Earlier, about 37 thousand military from 17 countries were announced to participate in the exercises.

We are in Yandex Zen
Yuri Drozdov: Russia prepared the role of the sacrificial calf
Russia is taken to the Golden Billion
70 comments
Information
Dear reader, to leave comments on the publication, you must to register.