Davos Forum: a platform for solutions or a party of millionaires 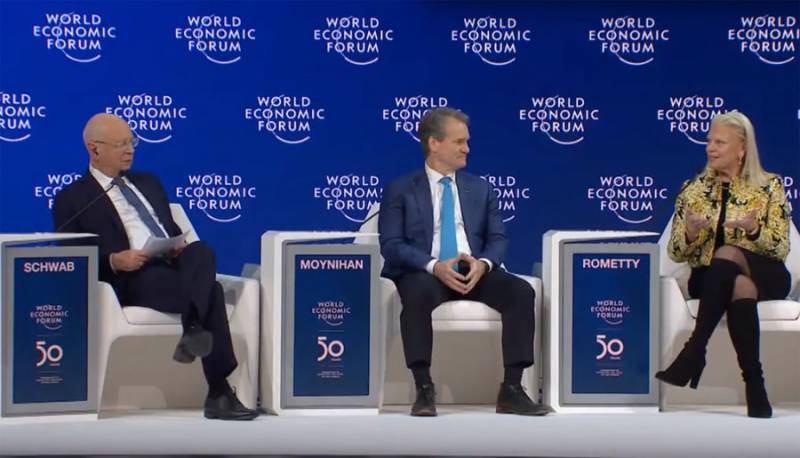 On Tuesday, the World Economic Forum opened for the 50th time in the Swiss Davos ski resort. The opening speeches of the forum guests were welcomed by the WEF founder Klaus Schwab and European Commission President Ursula von der Leyen.

How it all began?

The world-famous forum now began back in January 1971 as a purely European event. Then the Bretton Woods international system of monetary relations and trade settlements, established after the war, shook.

A new “gold standard” flew with its hard-fixed price of gold in US dollars, exchange rates that had previously been firmly established by states floated. Politicians and business leaders were confused, not knowing how to act in the new conditions of competition.

At that time, Swiss professor Klaus Schwab suggested holding a symposium to discuss the problem. Under the auspices of the Commission of the European Communities (now the European Commission), about 450 heads of leading European companies gathered in the resort Davos. They discussed the prospects for the global economy and worked out a common strategy for European business. Hence the first name of Davos - the European Management Forum.

After world business has mastered the new realities and developed a new system of relations (not the state, but the market dictates everything, including exchange rates), fixed at a conference in Jamaica in 1976, “sharks of capitalism” will stretch from all over the world to Davos.

The era of globalization of the world economy began. The quiet apartments of the resort hotel addressed the most important issues of business and politics, the main one of which was Global Competitiveness. Specialists of the forum first prepared a report under this name in 1979. Since then, this document became annual, and the event in Davos received international status, which was finally fixed in its name in 1987.

Over the years, the WEF has become a kind of incubator of global initiatives, often far from the economy. So on the Davos agenda appeared the “Report on the global gender gap”, health initiatives (combating HIV / AIDS, tuberculosis, malaria), ecology (activist Greta Tunberg from Sweden is in the focus of attention on the “hit of the season” at present Davos). The forum began to nurture Young Global Leaders, etc.

The name of the Ecuadorian leader caused some exaltation in the world media. They are filled with ironic headlines.

For business leaders, Davos is still important. It provides an opportunity to meet with a large number of colleagues in one trip. In addition, discuss new methods of using financial resources, transnational interaction, etc.

After all, the principles of mergers and acquisitions of companies, the use of secondary securities for debt obligations and other instruments for replenishing the pockets of moneybags in the world were born in Davos. Although such topics are not specifically advertised.

However, these innovations of global business have several times decently shook the world. Therefore, in recent years, forums have been accompanied by active protests of anti-globalists. Their current actions are held back today by 5000 Swiss troops and thousands of police officers.

The WEF founder in Davos, Klaus Schwab, realized that the forum was losing its former value, and decided to revive it with new initiatives. In 2016, Schwab announced the onset of the “Fourth Industrial Revolution,” based on transhumanism.

This term came to us from Dante's Divine Comedy. It grew into a philosophical concept, and then into an international movement that supports the use of science and technology to improve a person’s ability to eliminate his suffering, illness, aging and death.

Schwab was interested in the idea of ​​transhumanists about the convergence (convergence) of biological, informational, cognitive and nanotechnologies. So the forum in Davos has a new meaning, not yet fully understood and, moreover, realized.

The session “Quantum Challenges of the Future” and a business breakfast with the theme “Personal Transformation in the Digital Age” partly fit into the new concept of Schwab from the current program of the “Russian House” site. The rest is typical for Davos, the kind of troubling suffering like the discussion “Is culture capable of being a driver of respectful relations between Russia and the West” or the session “Inequality as a barrier to economic growth”.

The Russian delegation at the forum is led by ex-Minister of Economic Development Maxim Oreshkin. High representation of Russia spoils Davos not often. Vladimir Putin was on the forum once - in 2009. Dmitry Medvedev traveled to Davos three times.

There was not much use from these trips. So, they showed themselves - they looked at people. In fact, the Davos forum is losing its significance. The world economic agenda has confidently gone to the fields of the GXNUMX summit, and is often resolved alone. Consulting with each other at the current financial and political elites has become almost a bad man, and trade wars with sanctions fights are going on almost all over the world. The forum itself, from a platform for making important economic decisions, has turned, by and large, into a party of millionaires and billionaires, one watch and jewelry of which could contain a couple of countries of Asia and Africa for a rather long time.

We are in Yandex Zen
Ursula von der Layen. For Russia, nowhere worse?
The European Commission and its thirteenth chairman
25 comments
Information
Dear reader, to leave comments on the publication, you must to register.