Western media: the fall of the Ukrainian Boeing in Iran is similar to the US special operation 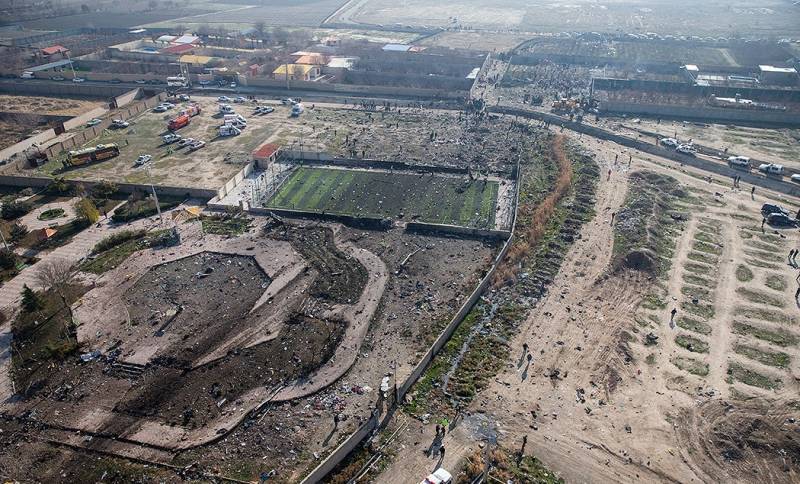 A strange thing - today, versions of the involvement of US special services in the death of a Ukrainian airliner that crashed on January 8 after leaving Tehran's international airport are actively circulated by Western media. Moreover, the tone here is set by world-famous American and British publications, which are completely impossible to suspect of involvement in the so-called “Kremlin propaganda”.

First of all, you should pay attention to the publication in American herald tribunewhich states that “in stories with the death of Flight 752, there are many questions that need clarification. ” The author of the publication is an ex-CIA member of the United States, who was involved in military intelligence and counter-terrorism operations, Philip Giraldi, which definitely gives her weight much more than the thoughts of non-specialized enthusiasts. He directly says that before the tragic events, there was definitely an outside interference. EW means, or, to put it simply, “jammed” were affected both by the Iranian air defense command communication system and, more importantly, by the aircraft’s transponder.

As a result, the very confluence of circumstances arose that became fatal: the missile system, from which launches were subsequently launched, was forced into manual control - the fate of the liner was in the hands of its only operator. In turn, the transponder “cut down” by a directed attack could not send an identification signal to a civilian aircraft to the ground, which allowed it to be identified as a potential hostile target. Given the fact that air defense fighters were expecting a strike by American cruise missiles, the fate of the aircraft was a foregone conclusion. Giraldi makes a completely logical conclusion that it is extremely difficult to consider everything that happened by chance or coincidence. It is about targeted exposure.

It should be noted that previously it was reported that the Boeing transponder was turned off after the first anti-aircraft missile hit the plane.

A former CIA official directly says that the US military has electronic systems that can affect both the air defense systems of the level that are in service with Iran and the sophisticated electronics of civilian aircraft. In a word, he admits that the secret services or the US military had the technical ability to turn off the transponder of the Ukrainian liner or even change its readings so as to pass it off as a completely different object. However, it turns out, not only from them ...

In a publication on the same subject, the British The Guardian confirms information that the Pentagon "has long developed electronic systems that can remotely affect enemy missiles and even redirect them," and also explicitly states that such developments were carried out, first of all, to affect the systems in service with Tehran. Moreover, British sources are inclined to believe that Israel also has this kind of technology. Either the American allies shared, or they reached their minds there - this question is not specified. This statement further expands the range of special services that may well be involved in the tragedy of Flight 752.

Ultimately, the author of the publication in the American Herald Tribune concludes that the death of the aircraft could only be part of some “carefully planned and undoubtedly deliberate event.” He directly links the downed Ukrainian airliner and “spontaneous” mass riots that broke out in Tehran almost immediately after that, considering them also links of one chain. At the same time, he especially mentions that the protesters calling for a "regime change", in fact, tried to achieve the very goal "that the United States and Israel have long been pursuing."

We are in Yandex Zen
Situational analysis of the death of the MH17 flight (Malaysian Boeing 777), made on the basis of engineering analysis from 15.08.2014
Results of the week. “In our cooperative, the board is always agreed”
138 comments
Information
Dear reader, to leave comments on the publication, you must to register.