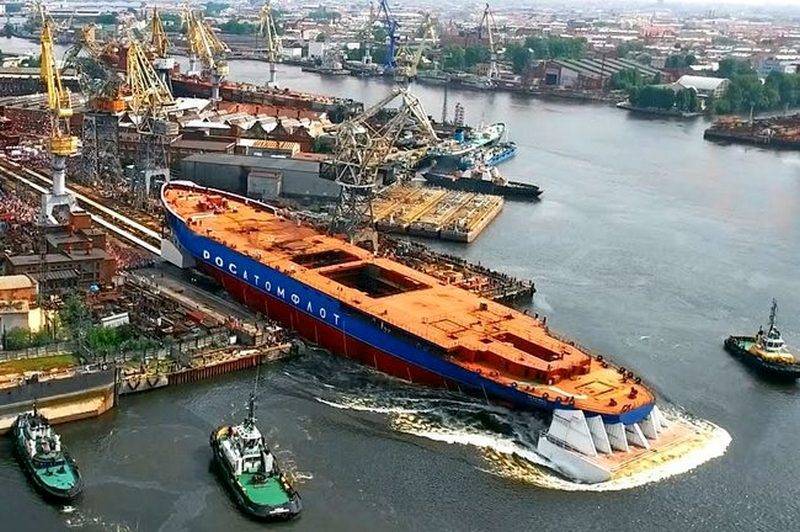 The fourth nuclear-powered icebreaker of project 22220 of the Arctic type will be laid down at the Baltic Shipyard in St. Petersburg in the second quarter of 2020. This was reported by the press service of the enterprise.

At present, the lead nuclear icebreaker of project 22220 Arktika is preparing for delivery at the Baltic Shipyard in St. Petersburg; transfer to the customer is scheduled for May this year. In addition, the Shipyard is completing the completion of the first and second serial icebreakers of this project - Sibir and Ural. The deadline for the completion of Siberia and the Urals is planned for 2021 and 2022, respectively.

A feature of the 22220 project icebreakers is the use of variable draft using ballast tanks. Double-deck ships can operate both in deep water and in shallow water in river beds, overcoming ice up to 3-meters thick without losing speed.

We are in Yandex Zen
Baltic Shipyard will build the fourth and fifth icebreakers of the 22220 project
Laid the keel of the first Soviet-era icebreaker with a capacity of 25 megawatts
49 comments
Information
Dear reader, to leave comments on the publication, you must to register.