Money goes, no results: in Poland, outraged by the investigation into the Smolensk plane crash 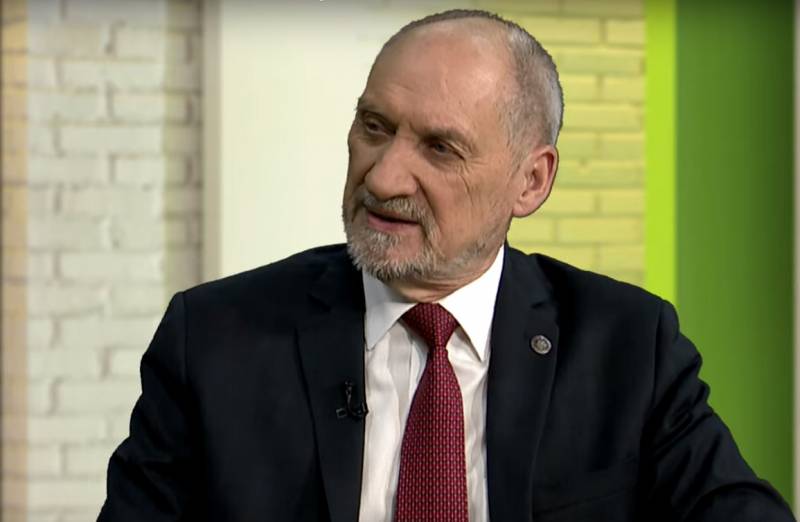 On the eve of the 10th anniversary of the crash near Smolensk, the Polish public is demanding a new investigation - already against a government commission that has been studying the circumstances of the crash for ten years.


The Poles had questions already to the Polish investigation itself, namely, to Anthony Matserevich, in 2015-2018. who held the post of Minister of National Defense, and before that he headed the Ministry of Internal Affairs of Poland and the Polish counterintelligence. It was Matserevich who was responsible for investigating all the circumstances of the tragedy in the Smolensk region after the removal of the head of the Ministry of Defense.

Recall that on April 10, 2010, the Tu-154M aircraft crashed in the Smolensk region. The liner belonged to the Polish Air Force and served as the presidential board. There were 96 people on board, including Polish President Lech Kaczynski, his wife Maria Kaczynska, representatives of the highest military command - commander of the ground forces division general Tadeusz Buk, commander of the air force colonel general Andrzej Blasik, commander of the navy vice admiral Andrzej Karveta, commander of the Special divisional general Włodzimierz Potasinsky and a number of other high-ranking troops. Naturally, the most Russophobic-minded part of the Polish establishment immediately appeared that Russia crashed the plane crash.

At one time, Matserevich promised to internationalize the investigation, that is, to attract international commissions to participate in it. However, this has not been done. At the request of Senator Krzysztof Breyza, the Ministry of National Defense responded with a brief reply, after which the politician went to court. And on December 10, the court ordered the military department to provide public information on the progress of the investigation.

However, the international Smolensk Commission, apparently, has not yet been created, although the Polish Ministry of Defense is talking about attracting specialists from universities in the UK and the USA. Deputy Maciej Lazek noted that the experts involved, including Frank Taylor, did not receive the status of full members of the commission, and therefore did not have the appropriate powers and capabilities.

In the summer of 2019, MP Marchin Kervinsky described the activities of the Polish government in investigating a plane crash as a farce for which the Poles paid. The Polish public really has every reason to resent what is happening. The investigation has been going on for ten years, while no clear results have yet been provided, international experts have not been attracted, but the activities of the Polish commission are regularly funded - from the state budget, of course.

Recall that the Polish, Russian, and independent commissions have already investigated the case of the crash of the aircraft and concluded that the plane crashed due to reasons related to the crew’s error caused by the refusal to leave for the alternate aerodrome due to bad weather conditions in the area of ​​the aerodrome Smolensk North. At the same time, based on the decryption of the data of the flight recorders, it was found that in the cockpit there was one of the senior officials who actually exerted pressure on the FAC. Subsequently, a blood test revealed that the official was drunk.

But the famous Russophobe Matserevich does not want to miss the opportunity to blame Russia for the plane crash. Therefore, a second investigation was initiated, which required new funds from the country's budget.

As you know, Matserevich was promoting the version of the explosion on board, although the possibility of an explosion had already been refuted by previous investigations.

As a result, the degree of indignation in Polish society is growing: the Poles are beginning to resent and increasingly ask questions to their authorities, realizing that a long investigation is used by Matserevich and his supporters to gain political points and receive generous funding.

However, many Poles are sure that even a court decision will not affect the ruling party in any way.

Does anyone else mislead that the decision of a court has any meaning for PiS politicians? In this case, he will also be very disappointed,
- writes on one of the Polish sites a commentator under the nickname Piotr Szanson.

Marcin Kervinsky rightly notes that Poland as a result of the commission’s activity received only a continuation of the “hate session” and a gigantic bill paid by simple Poles who form the state budget from their taxes. Therefore, the Polish opposition demands the abolition of the commission, which is incomprehensible for what purpose and expensive for the state.

We are in Yandex Zen
Situational analysis of the death of the MH17 flight (Malaysian Boeing 777), made on the basis of engineering analysis from 15.08.2014
Political conspiracy around the crash near Smolensk
59 comments
Information
Dear reader, to leave comments on the publication, you must to register.