To be ready for a military decision in the Donbass: revelations of the Deputy Secretary of the National Security and Defense Council of Ukraine 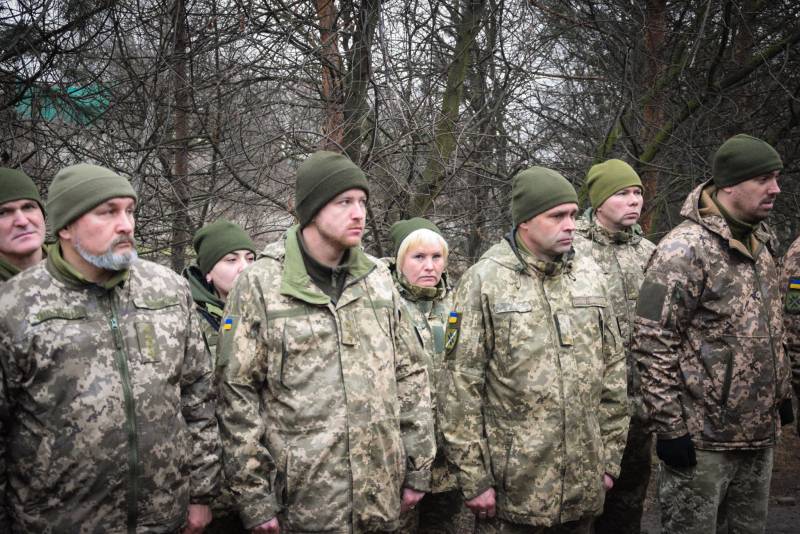 While the Minister of Foreign Affairs of Ukraine Vadim Priestayko tells reporters about his intention to complain to the leaders of the Norman-format countries about the aggravation of the situation on the demarcation line in the Donbass, implying that it is not the Ukrainian side that is to blame for what is happening, another high-ranking official is “inseparable” of a different nature. The words of the deputy secretary of the National Security and Defense Council of Ukraine Sergey Krivonos do not leave stone to stone from all attempts by Kiev to pose as adherents of a peaceful settlement in the east of the country. His speech deals exclusively with the forceful return of the "rebellious" region, the preparation for which, judging by the speech of a man who clearly knows what he is talking about, is in full swing.


“The armed forces of Ukraine should prepare accordingly for the force scenario of the return of Donbass. Moreover, they should be ready for it now! ”- this revelation was noted by the statement of the former first deputy commander of the Special Operations Forces of the Armed Forces, and now the first deputy secretary of the National Security and Defense Council of the country, Colonel Krivonos.

It is one thing if one of the not very adequate Ukrainian people's deputies scattered like warlike speeches, and it’s quite another when the creator of the MTR “unfettered” is openly and loudly talking about it. By the way, a characteristic detail - at one time Krivonos even ran for president of Ukraine, but withdrew his candidacy in favor of Petro Poroshenko. This alone fully characterizes him as a wholly-owned “hawk”.

According to the deputy secretary of the National Security and Defense Council, the decision to attack the DPR and LPR "should be made by the government of the country, and not by individual military personnel." And what, maybe this ?! Krivonos is sure that a massive attack on the Donbass should be preceded not only by “preparing the army according to NATO standards”, but, first of all, by the “work of politicians”, aimed, on the one hand, at receiving maximum “support from other states”, and secondly, on as much as possible "weakening of Russia." First of all, by introducing new sanctions against our country. The colonel believes that sooner or later this way can be achieved so that "Russia does nothing to support the separatists." And then the time will come for Kiev to “free its land”. As a reference, this “patriot” rushing into battle cites the “Croatian scenario”.

As you can see, the "old songs" are heard in the "fresh" in a new way. While President Zelensky and some other politicians from his team are trying to at least pretend that they intend to adhere to the Minsk agreements and resolve the issue with Donbass and its residents at the negotiating table, those on whom military decision-making really depends demonstrate a burning desire “ de-occupy ”this region by fire and sword. It just so happened that the bellicose revelations of Sergei Krivonos were published almost simultaneously with other information.

The Prosecutor General's Office of Ukraine announced the number of military personnel of the Armed Forces, who died in the Donbass from the beginning of 2019 to 2020. 132 people, and even more than five hundred who were seriously injured. And this is at a time when active hostilities, in fact, were not conducted. What kind of human losses it will turn out for Kiev to try to realize the “power scenario” of the brave colonel so sweet to his heart, obviously, he does not care at all. And, even more so, he doesn’t give a damn about the number of inevitable victims among the civilian population of Donbass, who fit into the contemptuous “separatists” for him.

One can only hope that the hopes of Krivonos and his ilk for "weakening Russia" and its self-removal from the fate of the inhabitants of the People’s Republics will remain unrealizable for Ukrainian politicians.

We are in Yandex Zen
Situational analysis of the death of the MH17 flight (Malaysian Boeing 777), made on the basis of engineering analysis from 15.08.2014
Syria: Americans scare themselves, and Asma Asad buys chairs
48 comments
Information
Dear reader, to leave comments on the publication, you must to register.