January 20 2020
86
This year marks the fifth anniversary of the State Space Corporation Roscosmos. It was created on the basis of the Federal Space Agency "Roskosmos". The initiator of this transformation, the then Deputy Prime Minister, Dmitry Rogozin, explained the goal of creating a new state corporation: "to ensure unity in the management of the rocket and space industry."

Debut with a load of problems

They didn’t argue much with Rogozin. In 2015, when they “charged” the new state corporation, Russia was the undisputed world leader in the number of successful annual missile launches and held about 30-40% of the global launch services market.

Unified management of this complex economy assumed not only to consolidate Russia's leading position, but also to achieve a significant breakthrough in the space industry. However, from the very beginning, something went wrong.

2015 was a record year for the number of space accidents. In April, the Progress M-27M cargo ship launched from Baikonur could not dock to the ISS. The ship was in an unplanned orbit. Then he began an uncontrollable convergence. He entered the dense atmosphere of the Earth and burned out along with all the cargo for the ISS crew.

In May, an accident occurred with the Proton-M launch vehicle, coupled with the Breeze-M booster unit and the Mexican communications satellite MexSat-1. A minute before the separation of the warhead from the rocket, the emergency engine started. As a result, the third stage of the carrier, the upper stage and the spacecraft burned out in the atmosphere.

In November, a Russian-made telecommunications device Amos-5, manufactured by the Krasnoyarsk company Information Satellite Systems, was commissioned by the Israeli company Spacecom. 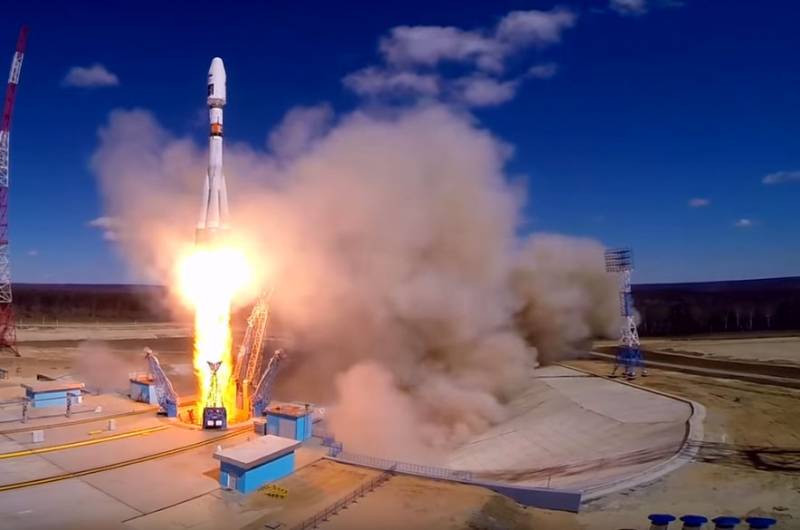 In December, the Canopus-ST satellite did not separate from the new Volga acceleration block and burned with it in the Earth’s atmosphere. This black line in the Russian space industry has shown an obvious crisis. It was believed that a specially created state corporation would help get out of it.

Under it they made up the federal space program of Russia for 2016-2025 worth one and a half trillion rubles. Serious tasks were prescribed: increasing the constellation of satellites in all areas of activity (from communications, communications, remote sensing of the earth to fundamental space research), expanding the program of manned flights, creating four astrophysical observatories in Earth orbit to study the Universe (Spectrum-RG, Spectrum -UV "," Spectrum-M "," Gamma-400 "), the development of new launch vehicles (including Soyuz 5-1 on liquefied gas).

There are other interesting projects in the program. For example, a large-scale lunar mission of five spacecraft that are planned to be sent to a natural satellite. However, it turned out that one and a half trillion for this program can not do.

According to Roscosmos estimates, at least two trillion are needed. Funds began to be transferred from project to project. Underfunding has gone. As a result, the “Spectrum-UV” and “Spectrum-M” space telescopes “hung” for a long time at the developers, the launches of which, as is now customary, were moved far to the right. One shift "to the right" pulled another. As a result, “Roskosmos” began to observe a constant “right bias” - shifts in terms for a longer term.

These transfers and shifts have become the norm for space corporations. They are explained in different ways. In one case, a lack of funds, in the other - the notorious sanctions, because of which foreign electronic components ceased to arrive. In the third - a banal lack of qualified scientific and production personnel.

But the initiative administrative thought in "Roskosmos" is in full swing. For example, they announced the construction of a constantly visited lunar base in the 2030s. We painted everything in paints - astronaut trips on moon cars, the use of robot avatars, etc.

Roscosmos has published a tender for the preparation of manned flights to the moon. In the end, the government accumulated irritation for all these projects. The managers of Roscosmos were strictly advised not to talk about future flights, but about current practice, which, alas, is far from the parameters of the federal program. They recommended "to actively engage in the commercialization of our space industry and to increase Russia's share in the international market."

This wish has an important aspect. In recent years, Roscosmos has not fulfilled plans to launch missiles, both for state and commercial purposes. Last year, for example, only 25 launch vehicles were launched, although 45 were recorded in the announced plans.

Commenting on the results of the year, Deputy Prime Minister Yuri Borisov noted with irony: “Among the successes of the industry, there is only one thing: this year there was not a single emergency. This is a plus. ” This year Roscosmos raised the bar of launches even higher - up to 50. Only experts doubt that this plan will be implemented.

The situation in our space industry cannot but worry people who are glad for the rocket and space industry. Indeed, in the new century, a self-respecting power is simply obliged to be present in space, to compete confidently with others. “Staying on Earth” means losing the fight for global dominance. And for Russia, with our rich experience in space exploration, this is simply unacceptable.

We are in Yandex Zen
Rogozin and cosmonautics: who wins?
Situational analysis of the death of the MH17 flight (Malaysian Boeing 777), made on the basis of engineering analysis from 15.08.2014
86 comments
Information
Dear reader, to leave comments on the publication, you must to register.