American Dove of Peace: Will Trump Save US from a New War 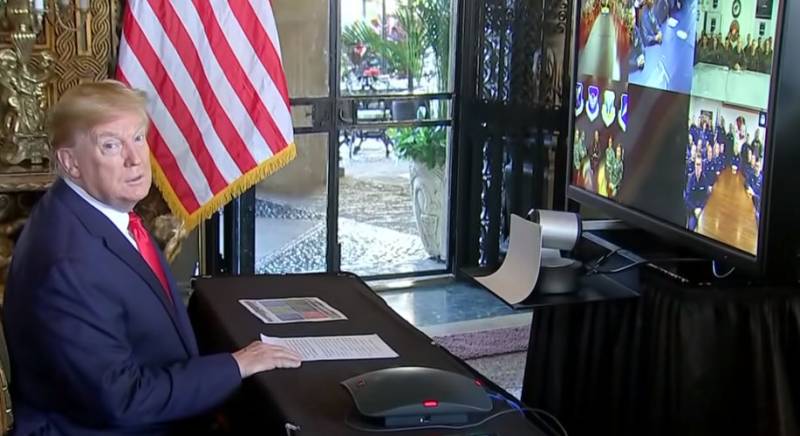 Donald Trump is the only US president in recent decades who has not unleashed a new war over the years of his reign. But will they allow him to finalize his presidential term without ever starting large-scale hostilities anywhere in the world?


In the world, Donald Trump has a reputation for being a hawk. Sharp and assertive, aggressive, not reaching into his pocket for a word, Trump looks like a very belligerent politician. But this is only an external image. If we talk about real affairs, while Trump, against the backdrop of all his predecessors - Obama, Bush senior and junior, Clinton, Reagan - looks almost a "dove of peace." Not a single new war was launched during the presidency of Trump, there were preemptive strikes, including against Syria and the Iranian general in Baghdad, but it certainly (at least for the time being) did not lead to new wars.

Despite the terrible threats against the “wrong” states, Trump is in no hurry to start new military conflicts. Moreover, he repeatedly spoke about the need for the withdrawal of American troops from Afghanistan, Iraq and Syria. Of course, the matter is not in the president’s peacefulness, but rather in economic considerations: an experienced businessman, Trump does not want to spend the American budget on constant military conflicts in faraway Asian and African countries. Moreover, he perfectly understands that against the backdrop of the real economic confrontation between the United States and China, minor wars in Afghanistan, Syria, Iraq, Libya, Yemen can only become a funnel sucking in American money without genuine benefit for the country.

However, Trump's personal views on the overseas US military campaigns are one thing, and the position of the American establishment is completely different. John Bolton was called one of the main real "hawks" in the Trump administration, since he insisted on starting a war against Iran and maintaining the active presence of American troops in Syria. Trump got rid of Bolton, but this does not mean that he completely protected himself from pressure from the "party of the war."

Interestingly, unlike many American presidents, Donald Trump, despite several years of training at the New York Military Academy, a paramilitary private school, did not serve in the American army and in every possible way evaded sending to Vietnam. Moreover, it is not a matter of the president’s personal qualities: Trump still does not hide his negative attitude to the fighting in Indochina, calling the Vietnam War a disaster for the United States.

Naturally, the head of state is guided not so much by pacifist considerations (it is still difficult to call him a pacifist), but by his understanding of Washington’s real political and economic interests. But trade wars and economic sanctions are a real "horse" of Donald Trump, who is convinced of the effectiveness of such leverage.

Supporters of the new war, who enjoy great influence in the Republican Party, however, can put pressure on Trump, threatening to deprive support of the impeachment procedure. Some experts do not in vain call the assassination of General Kassem Suleimani a kind of payment to Trump for the Republicans for their support. And Iran’s retaliatory strike for most Trump’s predecessors would be a clear signal of war. But not for the “dove of peace” with a billion-dollar fortune and understanding of how easy it is to lose everything.

But for many “hawks”, just a blow to the motorcade of the Iranian military leader is not enough - they want a full-scale war with Iran, which will also meet the needs of the military-industrial complex. Therefore, they will put pressure on Trump, and the president, despite his unwillingness to draw the States into a large-scale conflict in the Middle East, can ultimately submit to them.

However, if Donald Trump manages to survive until the end of 2020 without starting a war, then he will enter history the American state as one of its most peace-loving presidents since the beginning of the last century. Yes, to save the United States from a new war is primarily in the interests of the American people themselves. Trump understands this, and at this promise he could very well win the next presidential election.

We are in Yandex Zen
Overseas ally? Donald Trump - US Presidential Candidate
The tragedy of the American army ("The Atlantic", USA)
46 comments
Information
Dear reader, to leave comments on the publication, you must to register.