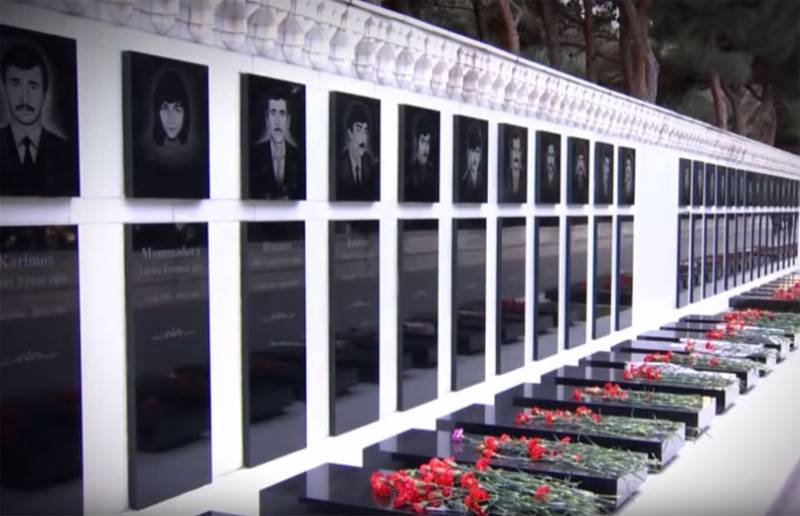 Thirty years ago, on the night of January 19 to 20, 1990, units of the Soviet Army with a total number of 26 thousand were introduced into Baku. Thus began the operation "Blow", the responsibility for the victims of which in modern Azerbaijan is entirely blamed on the Soviet leadership.


“Black January” is what the events of thirty years ago are called, resulting in the deaths of at least 147 civilians.

The Ministry of Foreign Affairs of Azerbaijan issued a special statement on the occasion of this anniversary, which accused Mikhail Gorbachev of imposing a state of emergency in the republic in violation of articles of the Constitution of the USSR and Azerbaijan SSR. Naturally, all the blame for the casualties among the civilian population, and those killed as a result of the operation were mostly Azerbaijanis, the republic’s leadership rests with the Soviet Army.

At the same time, Azerbaijan is silent about the reasons for the entry of troops into Baku, which consisted of massive Armenian pogroms in the city. The best proof of what happened in the city on the eve of the introduction of Soviet troops was the mass exodus of Baku Armenians. Today in the capital of Azerbaijan there are very few people of Armenian ethnicity compared to Baku until 1989-1990. The change in the ethnic composition of the population of Baku is a direct consequence of the events of thirty years ago.

The Armenian-Azerbaijani conflict in Karabakh led to the fact that in Baku itself, where by the end of the 1980s. More than 200 thousand Armenians lived, on January 13, 1990, Armenian pogroms began. They were provoked by the radical wing of the Azerbaijani Popular Front, whose leaders issued an appeal in which they spoke about the refugees from Karabakh that filled Baku, and that the Armenian population feels at ease in this case. At the same time, the leadership of the Popular Front was against the pogroms and tried to reduce their intensity, if possible, but it was too late. Interestingly, at first the Soviet troops stationed in the city did not intervene. This circumstance subsequently gave Azerbaijani politicians grounds for accusing Moscow of inaction. 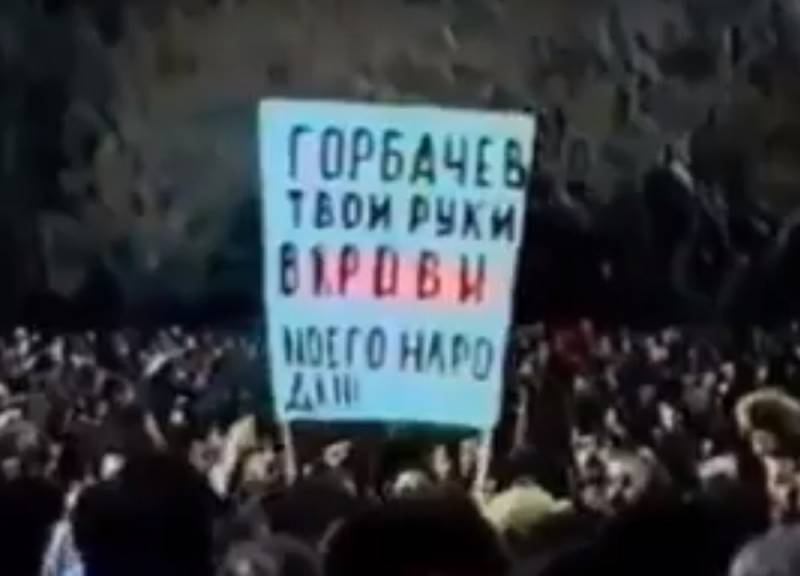 Troops were introduced in Baku after the Soviet leadership was afraid of the displacement of power by the Communist Party of the Azerbaijan SSR by the Popular Front of Azerbaijan. This, incidentally, on January 26, after the events, was acknowledged by the then Minister of Defense of the USSR Dmitry Yazov.

Interestingly, US President George W. Bush supported Mikhail Gorbachev, stressing that these actions were necessary to restore order in the republic. Obviously, the West, which already understood that the policy of the Soviet leadership was leading the country to complete collapse, did not want unnecessary problems for Mikhail Sergeyevich - a figure so convenient for the United States. Tearing off oil-rich Azerbaijan from the USSR and worsening relations between Baku and Moscow as much as possible - “black January” from the point of view of realizing this task was most welcome.

However, it is impossible to associate all the tragic consequences of the entry of Soviet troops into Baku exclusively with Moscow’s policy. No matter how they try in modern Azerbaijan to shoulder the blame for what happened on the Soviet leadership, Azerbaijani nationalists who destabilized Baku with Armenian pogroms, perhaps not without the support of third forces, have their own degree of guilt in those events.

If not for the activation of nationalist forces in Azerbaijan, Baku would have remained a peaceful and multinational city in 1990, in which Azerbaijanis, Armenians, Russians, Georgians, Jews, Lezgins, Tatars, and representatives of many other peoples coexisted for centuries.

We are in Yandex Zen
Situational analysis of the death of the MH17 flight (Malaysian Boeing 777), made on the basis of engineering analysis from 15.08.2014
Caucasian affairs
Military Review