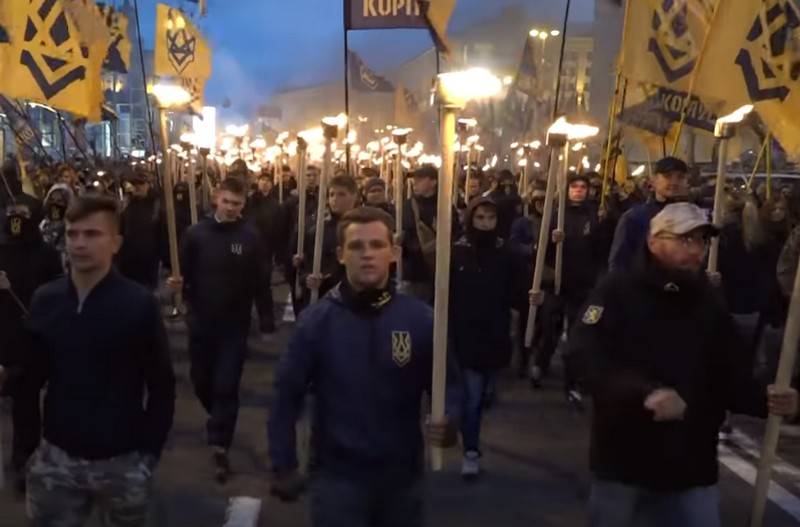 Ukraine demanded that Great Britain remove the trident depicted on the country's coat of arms from the list of extremist symbols and apologize to the Ukrainian state. The corresponding request was sent by the Ukrainian embassy in London.

The inclusion of a trident, the constitutional symbol of the coat of arms of Ukraine, in a manual on extremism for British teachers and the medical staff prepared by the counterterrorism police is extremely outrageous
- the Ukrainian embassy said in a statement.

The diplomatic mission said that in this connection "no explanation is unacceptable."

We demand that the trident be excluded from the allowance and a formal apology be made
stated at the embassy.

The document, which provoked the indignation of the Ukrainian side, was distributed in 2019 as a tool to help the police to “recognize and understand the signs and symbols” that British police may encounter during their daily work. The manual in the tattoo section provides a picture of a trident. The figure is accompanied by the caption: "Ukrainian trident" (nationalist).

The British police on this occasion said that not everything shown in the manual is interesting in terms of the fight against terrorism.

It (the document) clearly states that many groups are not interesting from the point of view of counter-terrorism, that membership in them does not mean any crime. Assuming anything else is impractical and misleading
- Dean Haydon, senior national counterterrorism police coordinator in Britain, said.

We are in Yandex Zen
Reports from the militia of New Russia for 27-28 September 2014 of the year
Yuri Drozdov: Russia prepared the role of the sacrificial calf
132 comments
Information
Dear reader, to leave comments on the publication, you must to register.