Mishustin gathers a team: who will enter the new government and who will not be taken there 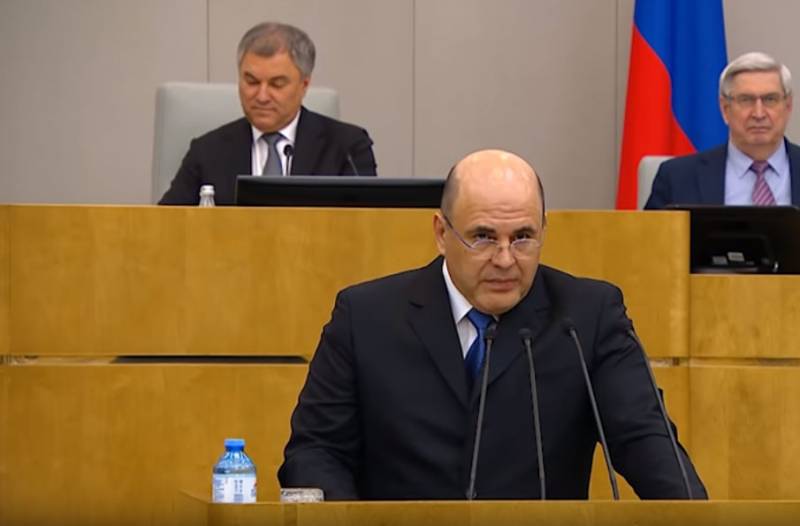 Home news weeks - the resignation of the government of Dmitry Medvedev. And now Russia is wondering who will occupy the ministerial posts in the new cabinet of Mikhail Mishustin, and to whom the portfolios no longer shine.


According to sources from individual Russian media, a number of well-known statesmen who worked with Medvedev will not be included in the new cabinet. So, the post of the head with a high degree of probability will be lost by the head of the apparatus of the Government of the Russian Federation, Konstantin Chuychenko, a classmate and friend of Dmitry Medvedev.

It is likely that Konstantin Noskov, the Minister of Digital Development, Communications and Mass Media, will also leave his post. The Kremlin also has complaints about the latter: they say that the country's leadership is unhappy with the pace of digitalization. Mikhail Mishustin himself at one time very successfully "digitalized" the tax service and all its activities and he has something to compare with. Therefore, the new prime minister will take digitalization under his personal control.

Among the possible candidates for the post of Minister of Digital Development, the names of the chairman of the State Duma Committee on Information Policy Leonid Levin and the vice president of digital platforms of Rostelecom Maksut Shadaev are mentioned, but it is possible that one of Mishustin’s colleagues in the tax service will come to the post .

The ministerial future of Vladimir Medinsky, the Minister of Culture of the Russian Federation, who was one of the most media figures in the government of Dmitry Medvedev, also raises many questions.

Interestingly, many sources report that, for all issues related to the social block, Deputy Prime Minister Tatyana Golikova, who supervised it, will most likely remain in the government and, moreover, will continue to deal with social issues. Assistant to the President for Economics, Andrei Belousov, is appointed to the post of Minister of Economic Development. He and Maxim Oreshkin can make a castling: they see the latter, after his resignation from the government, to the post of just the assistant to the president on economic issues.

Finance Minister Anton Siluanov is very likely to retain his post, although he does not enjoy great sympathy in Russian society. But Mishustin worked closely with him when he was the head of the Federal Tax Service and has no special complaints against Siluanov. Dmitry Kozak, Minister of Regional Development, and Alexander Novak, Minister of Energy, will retain their posts. The last ones in the Kremlin are satisfied: “Power of Siberia”, “Turkish Stream”, “Nord Stream-2” - quite tangible achievements to leave Novak at the head of the Ministry of Energy.

They will leave Dmitry Patrushev as part of the government and the Minister of Agriculture, and the matter is not only in the figure of his father, Secretary of the Security Council of the Russian Federation Nikolai Patrushev, but also in the fact that the Minister really works efficiently, and agriculture has been developing in recent years, according to the presidential administration, very successful.

In the State Duma, they asked to remain in the government and Deputy Prime Minister Alexei Gordeev, the former head of the Voronezh region administration, who, in 2018, has been in charge of agriculture, natural resources and ecology in the Medvedev government.

There is practically no doubt that Foreign Minister Sergei Lavrov, Defense Minister Sergei Shoigu and Interior Minister Vladimir Kolokoltsev will retain their posts. Lavrov and Shoigu are iconic figures, almost the only ones in the Medvedev government who enjoy the support of a significant part of the country's population.

In any case, the new team of Prime Minister Mikhail Mishustin will have very important tasks - to achieve real indicators of economic growth and reduce the degree of dissatisfaction in society with unpopular decisions of the previous cabinet in the social sphere. Whether new or “new old” appointees will cope with this is still a question.

We are in Yandex Zen
Inequality in education. Only affordable education will make Russia a strong state.
Who has "covered" an equivalent of the Russian nuclear triad - Gennady Onishchenko?
208 comments
Information
Dear reader, to leave comments on the publication, you must to register.