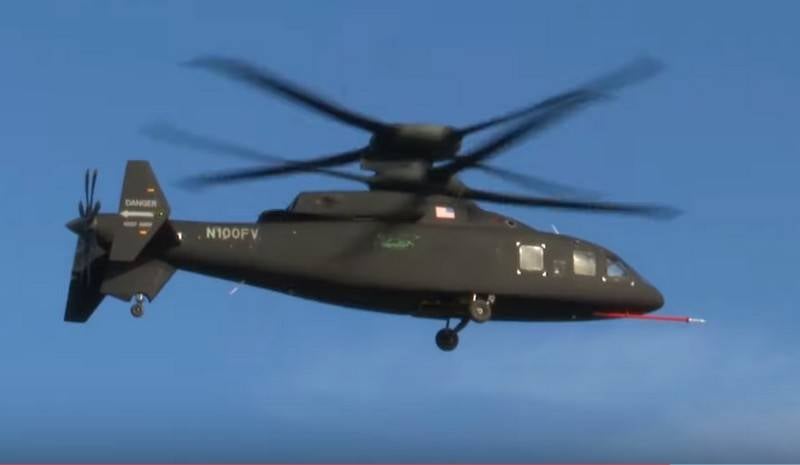 The promising multi-purpose high-speed helicopter SB> 1 Defiant, developed by a consortium of companies Sikorsky and Boeing, made its first flight at a speed of more than 100 knots (185 kilometers per hour). The tests took place at the airport of the American company Sikorsky in West Palm Beach (Florida). A video of these tests on his YouTube page was posted by Boeing.


As the developers explained, accelerating a helicopter to a speed of over 100 knots is one of the most important marks when testing the latest high-speed helicopters. At the next stage of testing, which took place on January 13, 2020, the helicopter not only accelerated faster than 100 knots, but also he performed a series of turns with a roll of 30 degrees. The tests are recognized as successful.

The creation of SB> 1 is carried out on a competitive basis as part of the US Army's helicopter development program of a new concept for creating a family of promising army vehicles aviation. The first prototype demonstrator built SB> 1 was shown on December 26, 2018.

According to the requirements of the US Army, the new helicopter must transport 12 fully equipped infantrymen with a cruising speed of at least 230 nodes (about 428 km / h) to a distance of at least 229 nautical miles (424 km). The program provides for the creation of five types of new helicopters or vertical take-off and landing aircraft to replace the entire fleet of US Army helicopters (OH-58, AH-64, UH-60, CH-47), starting around 2030-2035.


The SB> 1 helicopter uses a new carrier circuit developed by Sikorsky, combining coaxial propellers of opposite rotation with a tail pusher propeller driven from the rotor gearbox. This scheme was worked out on the demonstrator of the 2015-ton S-5 Raider helicopter tested since May of the 97, which has a “passport” maximum speed of 444 km / h and cruising speed - 407 km / h.

The SB> 1 Sikorsky and Boeing competitor in the replacement program of the US Army helicopter fleet is the V-280 Valor convertoplane of the Bell and Lockheed Martin consortium, the prototype of which passes flight tests from December 18 of 2017.

We are in Yandex Zen
The prototype of the high-speed helicopter SB1 Defiant made the first flight
The latest American helicopter SB 1 Defiant passed the next stage of testing
55 comments
Information
Dear reader, to leave comments on the publication, you must to register.