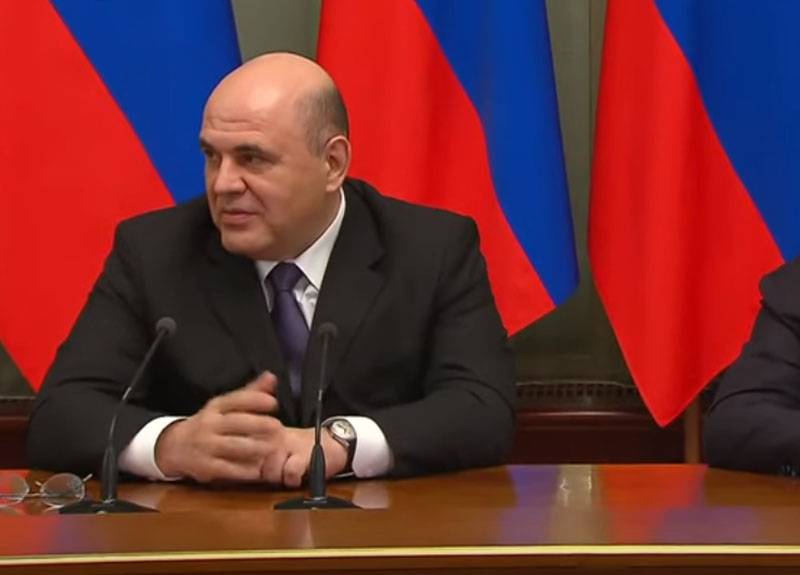 Experts' expectations that Mikhail Mishustin will introduce a new version of the cabinet on Friday did not materialize. So far, the only newly appointed one (and even then not in the direct composition of the government) has become Daniil Egorov - now he is the head of the Federal Tax Service instead of his former boss.


Due to the fact that no candidacies for the posts of federal ministers were presented the day before, there was a version that these actions were “reserved” for the weekend, when citizens, by definition, are less likely to follow political events in the country. What does this mean?

This may mean that the new head of the Cabinet simply does not consider the possibility of having a “weekend” after being appointed to a more than responsible position. With such a post, it’s not at all until the weekend. If so, then deserves respect.

However, other assumptions are made. If the composition of the new office will be formed this weekend, then, perhaps, with the goal of “not injuring the psyche of Russians”, who for the most part are “busy” with the rest. Does this mean that the composition of the government will not fundamentally change, and that most of the “horses” will continue their journey “at the crossing” even with the new chairman - for now, the question is.

On the other hand, is there any point in rushing into such a thing? Acting de jure work so far, which means that you can form a new composition of the Cabinet quite calmly. The main thing is not to read Mishustin in the morning in the morning ... But the Russian experts "know better" who and what post to offer, much better than the prime minister himself. Kadyrov, if you pay attention to newspaper publications, was not sick at all, but was preparing to become the "presidential envoy," Mutko had to pack, unpack and pack his bags again at least three times, etc.

Meanwhile, even the head of the US State Department, Mike Pompeo, decided to comment on the change of head of government. It would seem, what does it have to do?

The US Secretary of State suggested that the resignation of the Russian government is somehow connected with the fact that Russia “wants to reconsider” its relations with Washington. According to Mr. Pompeo, changes in the Russian government will not affect this. If something like that about shifts in the US administration were announced, for example, in the Russian Foreign Ministry, then one could take bets as to how long in Washington they would declare "interference in intra-American affairs."
Military Reviewin Yandex News
Military Reviewin Yandex Zen
170 comments
Ad