What does the second restructuring of Putin mean? 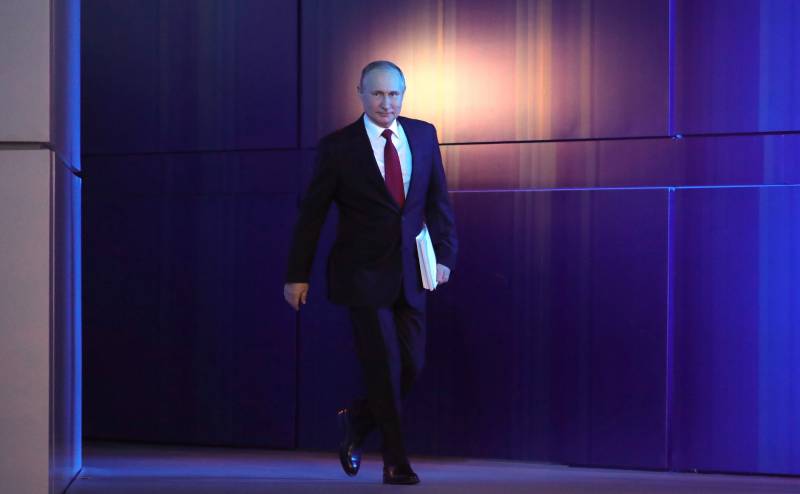 What future does the message of Russian President Vladimir Putin promise to the Federal Assembly of January 15, 2020? In essence, Perestroika-2 begins. Discussions on improving the well-being of the people and demography served as an information cover for the start of the second perestroika.

What can be distinguished? “Kubyshki” (National Welfare Fund, etc.) will not be touched. There are no priorities for state investments and the mechanism of investments with "long" low-interest or interest-free money, as was the case in the USSR or in China. That is, the financial and economic policy will be the same, which was confirmed by the new Prime Minister M. Mishustin. The rich will continue to grow rich, the poor (most of the people) will go poorer. There will be more billionaires and multimillionaires, they will be even richer. Against the background of the general subsidence of the people into poverty and misery.

The issue of ownership (social justice) is a key issue for today's Russia, bypassed. The Mina, which was laid under the new Russia in the 1990s, when privatized state-owned property was transferred to a handful of scoundrels through privatization, is not rendered harmless. And its explosion can destroy not only the liberal Russian Federation, but the entire millennium-old Russian world.

The new status of the State Council, when this body should be above the legislative, executive and judicial powers, receive the right to go to parliament with legislative initiative and dispose of state property, is a continuation of the irremovable power of one person in Russia and his “friends” and partners. And the results of his 20-year reign in Russia are very sad. From the defeat of education, medicine and science, industry to the extinction of the Russian people.

Part of the presidential powers are transferred to parliament. But at the same time, the president retains control over the government, the courts, prosecutors and the armed forces. That is, dual power is being created: the president and the head of the State Council. This can lead in the future either to a further decrease in the role of the president, or to a conflict of interests; prerequisites for a coup and revolution will be created.

The inviolability of Articles 1 and 2 of the 1993 Constitution, demonstrated by President Putin, means maintaining the orientation towards a liberal democratic state, a republican form of government, “rights and freedoms,” and the invariance of the rule of private property. That is, the Russian Federation remains a state with pro-Western principles at its core. Conceptually, ideologically, financially and economically, Russia remains under the West.

Thus, “Perestroika-2” is an attempt by Putin and his entourage to preserve the former system, modernize it somewhat, make it more stable in order to survive the upcoming new wave of global unrest with the development of the scenario of a major war in the Middle East. At the same time, people were promised handouts. Nothing significant, not a single priority for the future of Russia and the people. Attempts to improve demography and cause a steady population growth with some material stimulation are pointless. Without a meaningful image of the future, a project and a development project, the abandonment of the Western society of consumption and extermination (the society of the Golden Calf), Russia will continue to die out, and even faster.

Putin's Russia remains in the past, the way out of which is the death of the state, civilization and people in the stormy sea of ​​global unrest. A change of government only means strengthening financial discipline within the corporation of power and money. To fulfill social obligations, national projects need money. The rich will not take them. Markers of this: Mishustin opposed the abolition of the cannibalistic pension reform, against the introduction of a progressive tax and for tightening financial control over citizens. Given the inviolability of privatized (stolen from the people) property, the entire financial burden will again fall on Russian citizens who do not belong to the caste of the haves.

The likelihood of an “elite war” in Russia with the redistribution of property and financial flows is also increasing. There are two leading scenarios. The first is the rout of conditional liberals (the Medvedev clan). The president and the new prime minister, relying on the siloviki, will “squeeze out” the property and transfer financial flows to a part of the Russian “elite”, which focuses on the liberal-democratic wing of the global elite (including US democrats). The second - liberals led by Kudrin, Medvedev and Chubais take up. And they "rebuild" Russia for themselves, continuing its "optimization" (utilization). Medvedev in this scenario is a candidate for the role of the new president.

We are in Yandex Zen
What you didn't want to know about England
What we lost
309 comments
Information
Dear reader, to leave comments on the publication, you must to register.