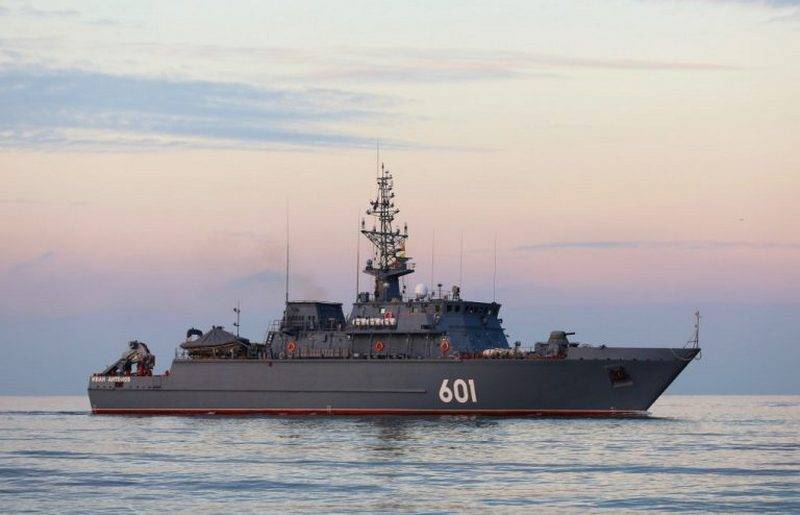 The new Russian mine defense ship "Ivan Antonov" on Friday, passing the Black Sea straits, entered the waters of the Mediterranean Sea, where it will soon join the permanent Russian squadron. The passage of the ship through the straits is reported by Istanbul information portals.

For the ship’s crew, this is the first transition to the distant sea zone after being admitted to the Black Sea fleet
- the press service of the Black Sea Fleet.

Together with a minesweeper to the Mediterranean Sea on Friday, the rescue tugboat of the Black Sea Fleet "Professor Nikolai Muru" also proceeded.

The minesweeper "Ivan Antonov" is the second serial anti-mine ship of the new project 12700 code "Alexandrite". The contract for its construction was signed with the Ministry of Defense of the Russian Federation in April 2014. It was laid at the Sredne-Nevsky Shipyard on January 25, 2017, launched on April 25, 2018. Introduced into the fleet in January of this year.