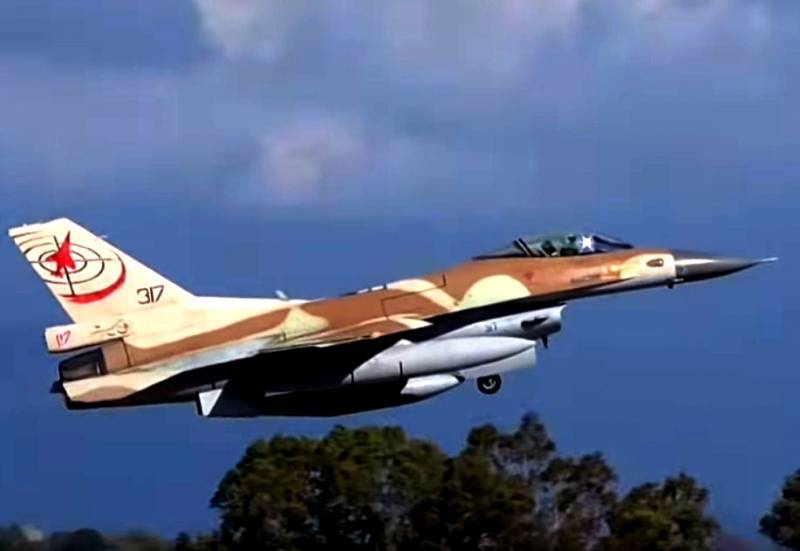 The Israeli air force is one of the strongest not only in the Middle East and the Mediterranean, but also in the world as a whole. Their combat potential was strengthened, first of all, due to the supply of American-made aircraft and aircraft equipment.


One of the most interesting technical solutions used by Israeli aviation, is the AN / ALQ-178 programmed quick alert control system for radar targets III or RAPPORT III. Initially, this system was developed by Loral, but then passed into the hands of the giant of the American aircraft industry Lockheed.

The development of the system began back in the 1970s by order of the command of the Belgian Air Force. But then, due to a lack of budgetary funds, the Belgian military department stopped financing the project, which affected its timing - the system was put into operation only in the mid-1980s.

Although the Belgian air force was supposed to be the first customer of the system, it so happened that the Israeli Air Force tested it in action. The system was installed on the Israeli F-16C and has proven itself well during operations in the sky over neighboring Lebanon. There, Israeli aviation opposed the Syrian air force and resisted very successfully. Therefore, the $ 88 million that Tel Aviv originally spent on the acquisition and installation of the system was not wasted.

Already after the electronic warfare system was tested by Israeli pilots and received the highest ratings from aviation engineers, the Belgian Air Force again became interested in this system, wanting to install it on their F-16 fighters. But then, all the same, Belgium abandoned RAPPORT III, opting for Carapace as an addition to RAPPORT II. But the main beneficiary of the use of the new electronic warfare system was, of course, American naval aviation - RAPPORT III was installed on US Navy F-16N aircraft, which are considered one of the most efficient in the F-16 Viper family of aircraft.

Expert Tyler Rogowey believes that the RAPPORT III system is far ahead of its time and gave a green light for further development and implementation of electronic warfare systems installed on modern aircraft.

For the Israeli armed forces, accustomed to always take not quantity but quality, the technical equipment of aviation has always been of great importance. Moreover, one of the most important tasks of the Israeli Air Force is to be invulnerable to the air defense of Syria, which is a long-standing enemy of Israel. Syrian air defense, as is known, was created by Soviet military experts and is armed with Soviet and Russian-made equipment.