Defense Ministry declassified documents on the liberation of Warsaw 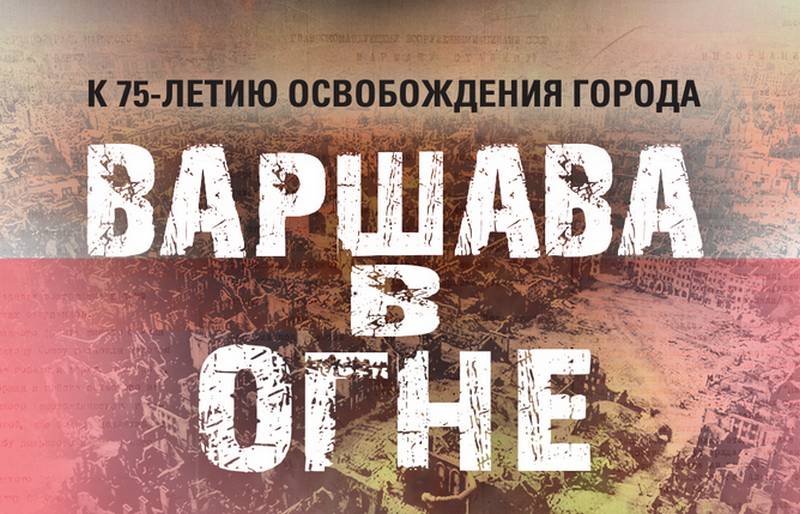 The Russian Ministry of Defense has declassified the documents on the liberation of the capital of Poland in 1945. Special section with unique documents from the funds of the Central Archive of the War Department is dedicated to the 75th anniversary of the liberation of Warsaw from the Nazis.


By visiting the website of the Ministry of Defense, the visitor will be able to familiarize himself with a selection of documents on the Warsaw Uprising of 1944. According to the testimonies of the participants in those actions, the uprising was not only poorly prepared, but also carried out with certain political goals. Its organizers from the Craiova Army, supported by the Polish government from London, did not take into account not only the desires of the Polish people, but also the situation at the front and the limited capabilities of the Red Army, which approached the city.

The Polish capital was liberated by the Red Army on January 17, 1945. The scale and bloodshed of the fighting for the city is described in the documents also presented in this section.

About the powerful fascist German defense that the Red Army hacked during the liberation of Warsaw, the frames of the photo album of the operational command of the 1st Belorussian Front "On artillery supplying the breakthrough of the enemy’s defense with troops of the 1st Baltic Fleet from bridgeheads south of Warsaw" tell. The album contains unique photographs of the breakthrough of defense, the consequences of the assault and artillery preparation.

Some of the documents presented in the section are devoted to evidence of barbarism, monstrous atrocities and destruction committed by the German occupiers in Warsaw and its environs.

Warsaw is destroyed. On the streets there is not a single house that is not damaged, entire blocks turned into ruins. There is not a single monument left. The cultural values ​​of the city are destroyed and plundered. Almost every yard has graves, the corpses of tortured Poles are scattered in the streets. On Okopov Street there are grave hills, according to residents, up to 120 thousand Poles killed and burned by the Germans are buried here
- it is spoken in a political report in GLAVPURKKA.

By reading archival documents, one can find out that the Polish inhabitants greeted the Red Army with warmth and joy in the liberated territories.

People greet the Red Army and the Polish army with enthusiasm, spend hours in the streets and squares, warmly greet the passing troops. One has only to turn to one of the inhabitants, as crowds of people form around him
- says the documents of that time.

The Soviet Union rendered Poland tremendous assistance in restoring the economy, as evidenced by archival documents.

Assistance to the Polish population was provided by military units, commandant's offices, warehouses, Departments and divisions of BF Headquarters ... by donating to representatives of local Polish authorities food, property, cattle, uncleaned crops, as well as the restoration of national economic facilities and structures destroyed by German invaders
- the statement says "On the assistance provided to the population of the Polish Republic by the 1st Belorussian Front from August 1944 to May 1945 and by a group of Soviet occupation forces in Germany from May to December 1945."

The Ministry of Defense notes that the publication is aimed at protecting historical truths, counteraction to falsifications of history, attempts to revise the results of World War II.