Bertsa in the English Channel, or Who will stop us? 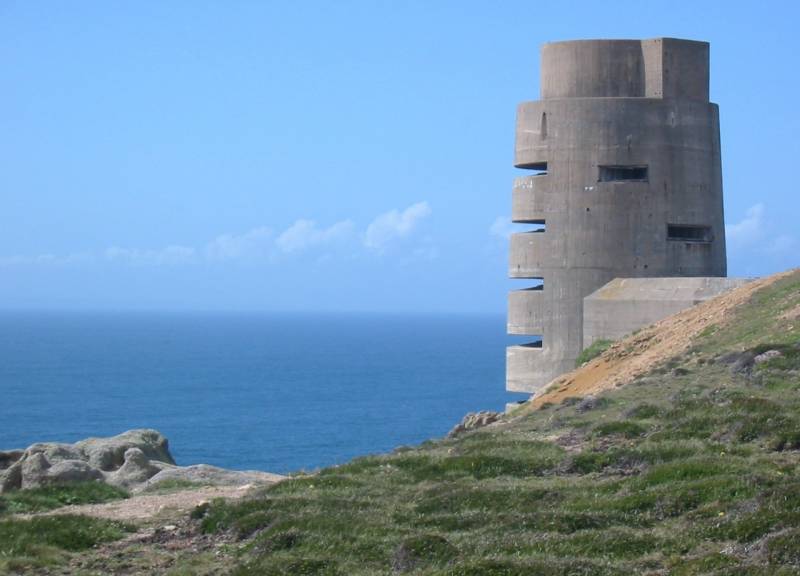 The discussion of one material prompted the Polish military to think a little about this topic. Well, or not slightly. To say that the Polish army is the coolest in Europe is, you know, strong. But it smacks of bison.


By the way, a nuance. Zubrovka vodka is not from the bison, if that. And from the grass Hieróchloe odoráta, or odoriferous odoriferous (aromatic). Tell me - what's the difference? And such. There is a difference between the bison and the bison. But first things first.

The assessment criterion will be the Russian army. As an option, why not? Since we are still a pan-European scarecrow, barbarians and a threat comes from us, danger, and in general the end of the world from Russia will come, then what is there? Tolerate once in theory ...

So what do we have? We have an army of Russia, which suddenly, in a non-nuclear war, begins to move to the English Channel.

Why non-nuclear? It is clear that in the case of the nuclear one no one moves anywhere at all, everyone quietly cools down in the field.

Well, suddenly it happened, the warships of Switzerland attacked the corvette of Belarus, and Russia, suddenly flying off the coils, went to restore order in Europe. Non-nuclear way.

That is, strategically and tactically everything happens approximately as in the Great Patriotic War, only the priorities can not be set, whom we are liberating, and who we are just taking. Then we will understand, according to the results.

That is, all modern weapons are used, with the exception of tactical and strategic nuclear weapons. That is, we are going to cleanse Europe of tolerance and other busts of the democratic world. The usual methods. Tanks, Infantry fighting vehicles, armored personnel carriers, self-propelled guns, aircraft, helicopters, in general, everything. Yes, we can do without fleet, simply because all participants have nothing to brag about.

And who can contrast us?

The US Army, which really can, is not taken. It is necessary to speak about it especially, the Yankees are quite serious guys, and now we are laughing at the Europeans.

We immediately leave Ukraine aside, so much has been said about the neighbors, I just do not want to take the time away from the readers. The Armed Forces of Ukraine today are at war at the level of the First World War, without aviation, so for those who can, I do not hold them. Partisan action only.

Further we have the Baltic states.

Estonia, Latvia, Lithuania. BTR, BMP, a bit of artillery, mortars ... Ukraine-2. Also without aviation, a pair of leased L-39s doesn’t count. It’s completely frivolous, you can not even bother the army, enough of the Russian Guard.

Hungary. 22 thousand people, 30 tanks, armored personnel carriers, artillery, mortars. All that remains of the army of Hungary. All Soviet-made weapons are very new.

Romania. 77 thousand people. 200 tanks of own production based on the T-55 and 260 T-55. Artillery. Fifty helicopters (French, produced under license). Three dozen MiG-21s and 12 F-16s purchased at a sale in Portugal.

Belgium. 32 thousand people. Belgian ground forces abandoned tanks altogether, the role of armored vehicles is played by the Piranha and Dingo armored vehicles with a total of more than 400 pieces. Aviation is represented by 60 F-16 units and 22 Agusta A109 helicopters. 34 units of F-35 were ordered.

Greece, Great Britain, Bulgaria and Spain should not be considered because of some distance from the theater of operations, and Albania, Montenegro, Macedonia, Luxembourg because of the size of their armies. For the former, a stereotube is needed to consider, for the latter, a microscope.

So, here is the situation: on one side of the scales, this is all, and on the other, the Russian army is almost a million (it’s clear that not all can be used right away), but there is some reserve in the form of the same National Guard, which can easily be plowed.

Well, almost 3500 tanks, more than 4000 infantry fighting vehicles, more than 4000 armored personnel carriers, almost 1000 MLRS, almost 2000 barrels of self-propelled and towed artillery, and then on the list. It’s worse with airplanes, but you can scrape together 500 pieces. And attack helicopters a couple of hundred. But with our air defense it’s just luxurious, you can see who else is flying and how.

And what conclusion immediately suggests itself?

For our woofers - the most pleasant. Indeed, having believed in the strength and power of NATO, that is, the American army, Europeans do not really spend too much on their ground forces. There are countries that openly demonstrate a desire to completely shift their security onto the shoulders of someone from the bloc, that is, the United States.

The number of American soldiers in Europe is also steadily declining, and if the sources do not lie, now about 30-32 thousand people, not more.

Of course, you can transfer as many people as you like by sea and air to defend allies in the bloc. In the air, however, you don’t do much manure. By sea it is both more profitable and safer. But will those who decide to swim in the English Channel wait for this moment?

No, they will not do.

But on the way near the Russian columns, nobody really twitches. The microscope was set aside, the magnifier was set aside. We will really look at those who can "stand day and night hold out."

The fact that the Poles recruited people into the army and bribed the “Leopards” is something to rejoice for them. But the number of people is not an absolute indicator, for the Polish army is armed with frank Soviet (albeit modernized) scrap. 1000 tanks is, of course, a figure, but the quality is clearly not present. The half that T-72M. This is still the 1980th year.

Considering how the Poles do not like us ... Taking into account their ambition ... Moreover, “we beat you 100 years ago” ... Well, yes, they will last a couple of days. Still, we have the year 2020, not 1920, in our yard, we must understand. And they’re fighting not a thousand tanks, they are fighting the army in the aggregate. Taken together, the Polish army is as junk as all the armies of our former ATS allies. Armed with junk that Soviet, that German.

Yes, the army of the former police department is a heartbreaking sight, of course. On the one hand, everyone seems to have joined NATO, but almost everyone has official permission to complete the use of Soviet equipment, as there is no money for a new, NATO-style one.

For example, I’m terribly interested in where 1500 tanks went from Hungary, what didn’t we take out of there? Really drank everything?

Nevertheless, all these so-called (or ironically called) “armies” are nothing more than something, “for the parade”. Like in the Baltic states. That is, there is something to show at the parade, but to fight ...

On the whole, if you look at the map and the sheet with the numbers listed, it turns out that in the case of "if that", then in fact there will be almost a walk to the Franco-Swiss-German border. There is no one to resist there. There is simply no one.

Still, the armies we have today are for the most part not for war, but for peace ...

By and large, it is necessary to consider such a moment as the willingness to arrange such a ... Red Alert. Observed in our country allows us to conclude that we can do this without very much straining. Because tolerant Europeans are not former Iraqi officers from terrorist groups in Syria and the Muslim world team in the mountains of Chechnya.

It is much simpler.

Perhaps this is precisely why all (or almost all) in Europe, on the one hand, are reducing their armies and selling equipment somewhere, on the other hand, they are afraid or afraid.

And this is also correct and justified.

The result is a funny situation: the European armies are nothing of themselves, with rare exceptions. Although the technical equipment of the same Bundeswehr, although above all praise, they are fighting not only with technology. They are also fighting with people. With the Poles, on the contrary, people most likely have, there is no technology. Etc.

And all hope is only that the Russians will not go off the coils and decide to take a walk to the canal, or the Americans, who are supposed to protect their allies in the bloc.

After all, these are completely different things: on the one hand, to establish a “democratic order” in Iran or Libya, on the other hand, to go on a clinch with the Russians.

In any case, in situation No. 2, the armies of European countries are clearly not helpers. No, like meat completely. But no more than that. So if suddenly we decide - there will be no one to stop, except for the USA. It all looks strange in Europe, to be honest. Why then such an army, it is completely incomprehensible.