20th anniversary of education reform: the era of the exam and silicone 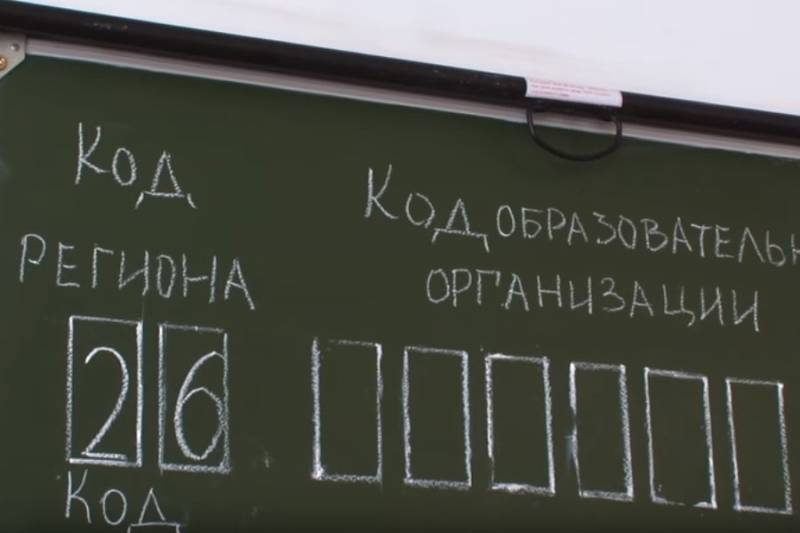 Twenty years have passed since the reform of Russia's education. Back in January 2000, in the Kremlin Palace of Congresses, five thousand delegates gathered, representing educational institutions of the country at all levels - from preschool to postgraduate. The then Federal Minister Vladimir Filippov assembled a large congress of educators, who managed to gain a reputation as a progressive reformer in the liberal media in a couple of years.

According to Western tracing

The big congress of educators was interested in high power purely pragmatically. He was supposed to support the nomination of candidates for the presidency of the country, Vladimir Putin, who received carte blanche from the first Russian president Boris Yeltsin two weeks ago. Therefore, the substantial agenda of the congress was left to the initiative minister, and he did not fail ...

The Filippov Office prepared supporting material for delegates in the form of a brochure, “Global Trends in the Development of the Education System”. Thus, setting the tone for the discussion of the congress, oriented toward Western educational patterns.

The discussion was based on the federal targeted education development program adopted by the government on the initiative of the profile minister a year earlier. Now she was to be consecrated by the support of the professional community.

So the country received two important documents at once - “The National Doctrine of the Development of Education in the Russian Federation” and “The Concept of the Structure and Content of Education in a 12-Year School”. They absorbed both the “sweetie” from the target program of the government (improving the financing of the teaching staff and the educational institutions themselves, equipping them with computers, Internet access, strengthening the material and technical base as a whole), and the bitter pill of a radical change in school curricula.

Under the knife went all the basic subjects of the Soviet school. Three hours a week received the Russian language, mathematics, natural sciences, a foreign language, social studies. The remaining disciplines were honored with the status of “additional modules” aimed at “humanization, humanitarianization”, obtaining communication skills, etc.

All this composition of scholars of wisdom was crowned by the provision on testing the knowledge of students, later drawn up by lawmakers, as the Unified State Exam (USE). However, another minister - Andrei Fursenko, who replaced Vladimir Filippov, who left the ministerial chair under the fire of public criticism, was already engaged in this.

Admittedly, criticism of the reform proposed by Filippov began immediately after the congress. It turned out that the school still has many teachers who are accustomed to Soviet standards of instruction. They did not understand how it was - to remove entire disciplines from the educational process (astronomy, for example), and to cut the basic objects mercilessly.

The curtailment of curricula was the second motive for criticism. Subject teachers lost half their school hours. Because of this, their earnings decreased. Principal teachers were concerned about the expected decline in the quality of education. In the new conditions, schoolchildren could get only fragmentary knowledge.

And so it happened soon. This was felt not only by professional educators, but also by society. Therefore, when an actress who did not recognize the heroic at school history General Dmitry Mikhailovich Karbyshev, was a shame to the Hero, she was without hesitation attributed to the "generation of the exam." This expression about the students of the Philippine reform has become a meme. Now, and not just about schoolchildren.

Public criticism swept out from the Ministry of Education not only the initiator of reforms, but also his zealous follower. Although the authorities appreciated their zeal and worthily rewarded. Vladimir Filippov, Putin awarded the Order of Merit to the Fatherland, IV degree. The exact same award was received by Andrei Fursenko.

Over time, society came to terms with education reform. We were calmed by the fact that they blocked the twelve-year plan proposed by Filippov and the Western system of knowledge assessments. The criticism has subsided. However, the consequences of the reform made themselves felt.

Undereducated youth sought their prospects in the humanitarian sphere. From technical schools and universities, crowds of lawyers, economists, and "managers of the highest qualification" tumbled down. But the real economy needed smart machine tools, welders, locksmiths, technicians, engineers, etc. But who will go to study as a locksmith or a weaver when on TV there are all the time successful lawyers and keepers with inflated silicone forms. And lips - silicone, and a diploma ...

Seeing this, the authorities began to maneuver. In his Address to the Federal Assembly, President Vladimir Putin bluntly stated: the country today urgently needs qualified personnel for the economy. He promised to increase budget places for students in deficit specialties. The distortions of reform now, it seems, are going to be eliminated.

The president’s message was announced on January 15th. And the day before was just the 20th anniversary of that memorable congress, which launched the reform of education. But the country did not notice this "anniversary". But the consequences are noticed: people with three diplomas of higher education and knowledge close to zero - have become a frequent phenomenon from Vladivostok to the capital: the era of the exam and silicone.

We are in Yandex Zen
How correctly: “to progat” or “progge” the younger generation?
USE as a mirror of the modern education system
114 comments
Information
Dear reader, to leave comments on the publication, you must to register.