With Medvedev, but without a government: what to do next with United Russia 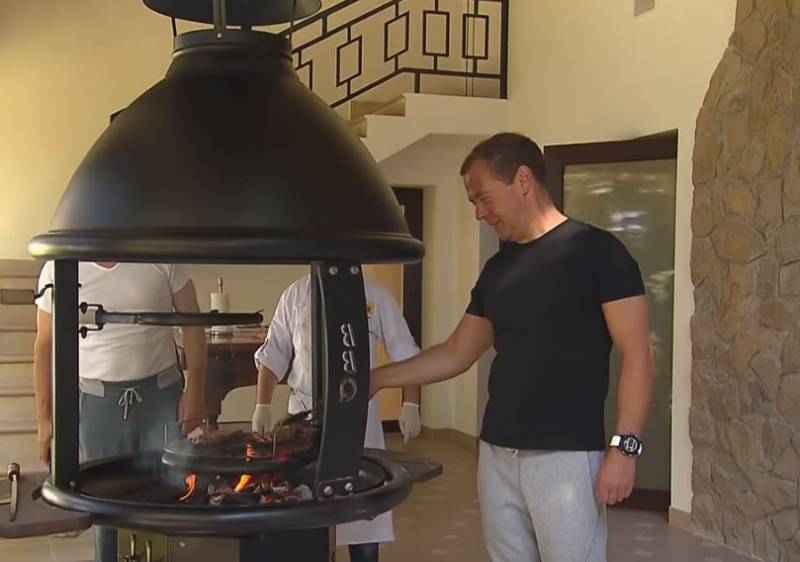 Yesterday's resignation of the Russian government put the United Russia party in a strange position: United Russia members with a parliamentary majority no longer have (yet) their cabinet. What to do next, how to get out of this situation?


So far, ex-Prime Minister Dmitry Medvedev, who received the specially created position of Deputy Chairman of the Security Council of the Russian Federation, remains the leader of the United Russia party. But for a party that has an overwhelming (constitutional) majority of seats in the State Duma and is actually the ruling party, this is not enough. Indeed, under the changed conditions, United Russia, at least for now, has lost contact with the government.

The new Prime Minister, Mikhail Mishustin, is a technocrat, not a politician. He never engaged in political activities, was not a public figure, but he established himself as a good specialist in his field at the head of the Federal Tax Service. Whether he will pull the government to the same level that the Federal Tax Service had raised in due time, time will tell.

True, United Russia still has the opportunity to urgently co-opt Mishustin into the party’s leadership, which will give the parliamentary majority a formal connection with the government. But will Mishustin himself agree to this, or more precisely, will Putin agree that the new prime minister be simultaneously among the leaders of United Russia?

It is possible that the resignation of the government was the result of the president’s desire to completely dissociate himself from United Russia, which is rapidly losing popular support and is increasingly associated with pension reform and other unpopular decisions in the socio-economic sphere. Now Putin wants his own name to be associated with EP as little as possible. And the resignation of Medvedev from the post of head of government in this regard is one of the steps. 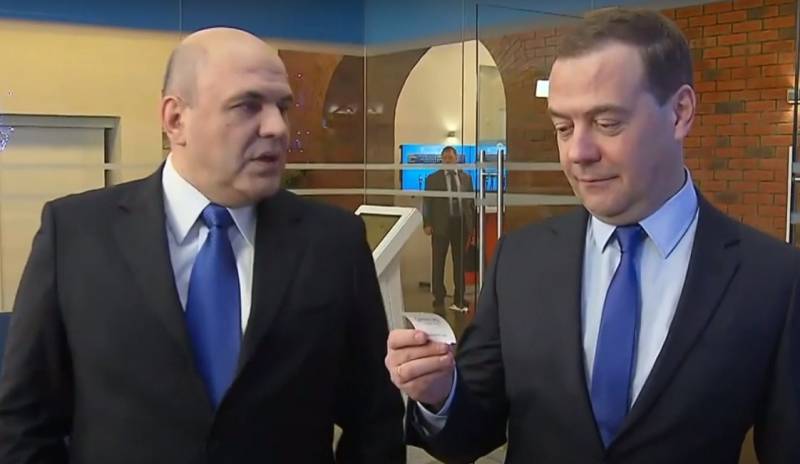 So far, Dmitry Medvedev, as stated by Secretary of the EP General Council Andrei Turchak, will remain the party chairman. This is very convenient for Putin, since popular discontent will now be successfully sent to the party with the majority of deputy seats, while its leader - Dmitry Medvedev - occupies only a formal position and claims, in fact, there is no one, except for the Duma deputies - United Russia.

On the other hand, the resignation of the government can also be beneficial for United Russia, since Medvedev’s rating in Russian society is extremely low, he is blamed for lowering the standard of living of the population, and the party was inevitably associated with the head of government. Now the party will have the opportunity to move away from the Council of Ministers and its actions. True, then the party will become a political force "in itself."

Mishustin’s “apolitical” cabinet will bear full responsibility for his policy, and the Duma faction of “United Russia” will no longer be personified with the government. Not for nothing that some experts are ironic that after Medvedev left the post of prime minister, many in United Russia just breathed a sigh of relief.

Those proposals in the social sphere made by Vladimir Putin, of course, will allow to slightly reduce the degree of public discontent. Moreover, Putin chose a very suitable time for voicing them. Now, maternity capital for the first child, and social assistance to families with children, and free meals for younger students will be associated in society with the new government, which will have to implement these instructions of the president.

Only one thing is obvious - Russia today and in the foreseeable future will remain the “Putin country”, in which the government, the State Duma, and the “ruling" political party are only instrumental in nature, and the head of state rises above everyone, skillfully tacking and worrying including the preservation of their own power and high rating in society.

We are in Yandex Zen
Situational analysis of the death of the MH17 flight (Malaysian Boeing 777), made on the basis of engineering analysis from 15.08.2014
Syria: Americans scare themselves, and Asma Asad buys chairs
77 comments
Information
Dear reader, to leave comments on the publication, you must to register.