What will happen to social policy in Russia: “in the wake” of the message of President Putin 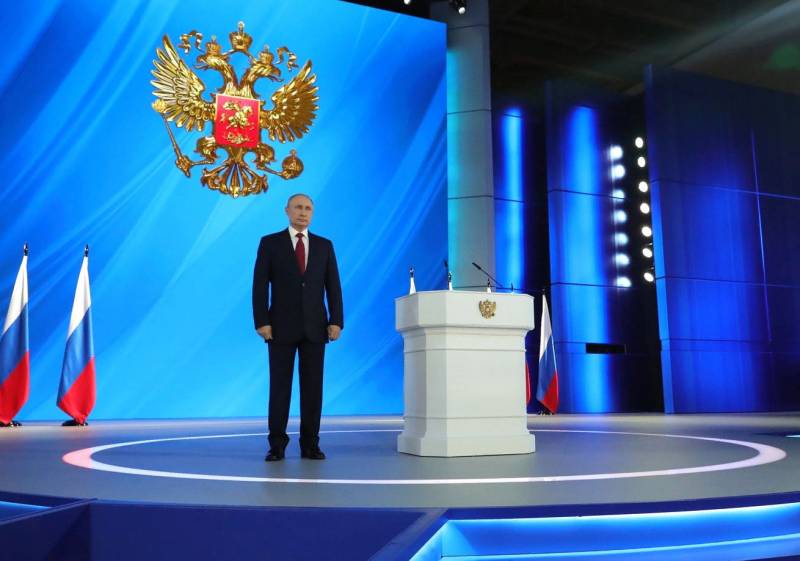 There has not been such a number of comments that today can be read or heard in various media outlets, on Russian and foreign media resources. Indeed, President Putin's message to the Federal Assembly deserves it. And the fact that the message is not just a PR campaign was confirmed by the rather quick resignation of the government and other "perturbations" of the authorities at the very top.


Analysis "in the wake" of the President's message will continue for a long time. It seems to me that today everything is still not clear - how and what will happen. Only one thing is clear, Putin has clearly decided to "throw off the shackles from his feet" in the face of the old political establishment.

What many journalists and politicians wrote about happened. “Good king and bad officials” will be changed to “good king and good officials”. And the change will be quite painful. It is difficult to blame a thief in power for theft. And even harder to prove it in court.

Recently, I wrote about problems in the social sphere. Therefore, following the golden rule of Kozma Prutkov, “you cannot embrace the immensity,” I will consider this aspect of the president’s message. Social sphere. What, how and when?

The first thing that caught my eye: the president once again drew attention to young families and the problem of a sharp deterioration in the quality of life at birth. We have been talking about this for a long time. Those crumbs that the state allocates with great fanfare for the birth of children do not even cover the minimum expenses of the family.

The situation with the children is really difficult. At birth and before reaching the age of 3 years there are at least some payments, and then? Then the state recalls children at the age of 18. It is necessary to complete the army. And people see it. Potential mom and dad see.

What has Putin suggested in terms of supporting young families raising children? First of all, additional payments for the birth of the first, second and subsequent children. Moreover, payments should not be lower than the subsistence level. But this is for the poor. For everyone - maternity capital, which is now paid for the first child in the family.

At the same time, the president voiced yet another problem, which has always been little talked about. Materials appeared in local mass media about specific cases of lack of places for a manger, but at the federal level the problem was hardly voiced. The solution of this problem by the authorities will be of great help to many families. Moms can work ...

Further, they finally remembered that children even after three years require serious material costs. For the first time it was announced by the president that payments should not end after 3 years. Low-income families will now receive payments for up to 7 years.

The problem of feeding children in schools is voiced. Free meals for primary schoolchildren, namely hot meals, are important not only in terms of financial assistance to families, but also to maintain the health of children.

To be honest, somewhere inside me there is still a worm of doubt. On paper and in words, these plans look beautiful. But the implementation ... Will it not happen as it happened under the government of Medvedev, when there are also a huge number of plans, but they remained plans in most regions.

The government knew very well how to make the president’s words sound empty. The social network was simply dumped on local authorities. And that’s it. The budgets of local authorities, and so could not fulfill all the instructions from above, and there was simply no money for additional payments.

Just before the President's message, I wrote about healthcare in the regions. It turned out that the Kremlin is well aware of these problems. Unexpectedly ... The President focused on primary health care. To feldsher points (FAP) and polyclinics.

Doctors should be everywhere. Regardless of whether it is a large city or a small village. It is clear that providing rural residents with modern medicine is not realistic. Special treatment can be obtained in specialized clinics. But local doctors must “see” the disease or provide primary care. A remote consultation option may also appear - using the broadband ubiquitous Internet.

Another thing is very important. The President very clearly described the training system for local hospitals and clinics. Medical academies must first of all train personnel for themselves!

On the whole, if we consider the president’s proposals in the field of social policy in conjunction with changes in the political structure of the country, there is hope that we can really become a social state. A state where power will be perceived as an assistant and defender, and not as an enemy who takes the latter.

It is not clear yet what will happen to those who shamelessly robbed the people for many years? With those who, in important government positions, did nothing or directly harm the country? Vladimir Putin hinted about a new system for appointing prosecutors, but ... I would like to believe ... If officials know about their responsibility and the inevitability of punishment for sabotage of orders and obligations, then everything will be in order with social policy.