After the publication of audio recordings with the voice of Goncharuk in Ukraine, they talked about the Prime Minister’s resignation 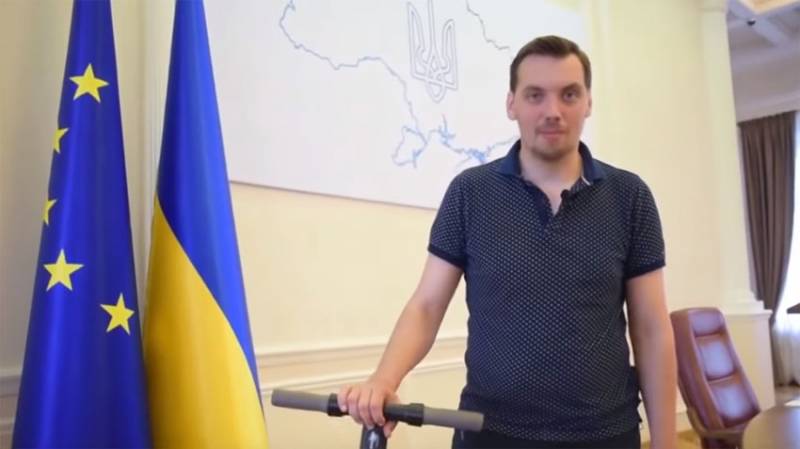 In Ukraine, untwisted история, which is associated with the possible resignation of the current head of the cabinet of ministers, Alexei Goncharuk.


The topic also adds to the discussion because the Russian Prime Minister Dmitry Medvedev resigned the day before.

Talk about the resignation of Goncharuk from the post of prime minister appeared against the background of the publication of audio recordings on the network. These materials are posted on Youtube under the title “How to Fool the President.”

On the recordings, a man whose voice, as they say, is “similar” to Goncharuk’s voice, says negative things about the President of Ukraine Vladimir Zelensky. In particular, Zelensky is laughed at and talked about that "they will soon go to a meeting with the stupid president."

“The Man with the Voice of Goncharuk” in Russian talks about his conversations with Zelensky, noting what he calls government ministers “rams”.

Goncharuk during a conversation with the Deputy Chairman of the National Bank Ekaterina Rozhkova:

Zelensky has a very primitive understanding of economic processes.
Goncharuk notes that the president does not own the economic situation and does not have answers to questions about what to do with the national currency rate. At the same time, Goncharuk himself actually states that he cannot propose to the president any realistic plans.

The records that appeared on the network led to the question of the resignation of Mr. Goncharuk. However, the government itself says that the prime minister is going to leave his post. The press service of the Ukrainian Cabinet said that they do not have data on the authenticity of the records, which are "distributed over the Internet."