Who will give Europe gas: A difficult choice for Russia 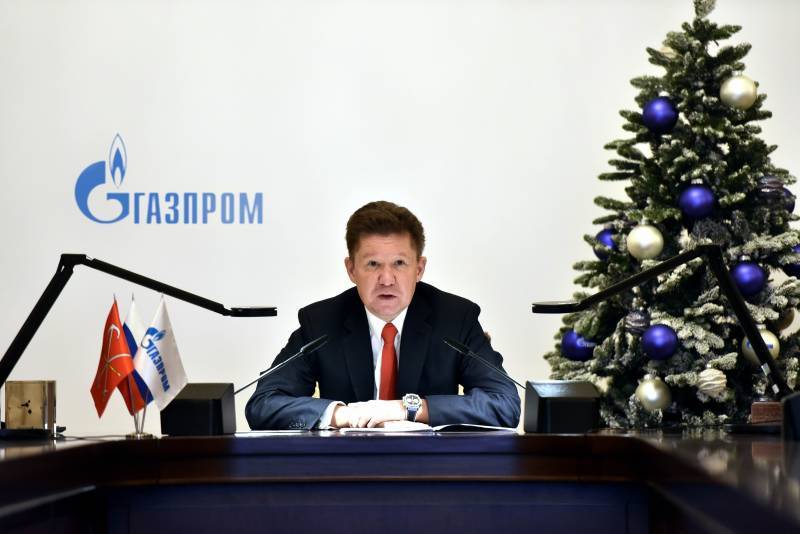 Even the most noted optimists, perhaps, will not dare to call last year a time of great successes and achievements for domestic energy exports to Europe. The year was not just a busy one - rather, an archy complex and dramatic one. Everything was against us: from unprecedented warm weather, which did not contribute at all to an increase in European imports, to the desperate desire of the United States to oust Russia from the energy markets of the Old World. Moreover, such “stupid things” as the rules of fair competition, our opponents, of course, did not bother at all and bother, by the way, in the future they are not going to. Based on all of the above, the recognition by Gazprom of a decrease in the level of supplies of blue fuel to non-CIS countries and a fall in company profits, expressed, however, by no means in horrifying numbers, is hardly considered a defeat. Whether these unpleasant moments will remain temporary difficulties or will be the beginning of the big problems of Russian energy exports will be largely decided in the coming 2020.

Running out on all sides

Who will give Europe gas, so to speak.

Of course, the main problem for Gazprom’s activities in the EU next year will be the same attack that it “confused the cards” last year. Namely - ever-increasing competition in this market, and above all, the reorientation of a significant part of consumers from pipelines to liquefied gas. Last year, EU countries increased its imports by 75%. The main danger here in the long term is the United States, the pace and assertiveness of the expansion of which best fits into the description "rod like a tank." Yes, at the moment they, with their 12% of European imports in this category, are not even in the top three LNG suppliers to the Old World (Qatar, Russia, Nigeria), but at the same time, the volumes of their supplies of “blue fuel” overseas in comparison with 2018 year increased just fantastic! This figure in May last year amounted to 272% growth. In July, 181% - less, but still impressive. Alas, they are not going to stop at all in the USA. According to data released by the Energy Information Administration of the US Department of Energy (EIA), in 2020 they intend to increase foreign LNG supplies there to 48,7 million tons per year in 2020 and to 57,6 million tons per year in 2021. The seriousness of such intentions is evidenced by the fact that the plants for liquefying "blue fuel" overseas are put into operation one after another. Just last year, Cameron LNG and Freeport LNG announced the start of production. And this is far from all ... In addition to the American “gas attacks” on Europe, more and more exporters are striving to enter this extremely attractive market.

The "big redistribution" is ongoing, everyone who can tries to squeeze Gazprom. Since January 1, our suppliers have lost their monopoly position in the Finnish gas market. Blue fuel also began to flow there from Latvia via the Finnish-Estonian gas pipeline Balticconnector. Be that as it may, the contract between our Gazprom Export and Finnish Gasum is valid until the end of 2031. It seems that the loss is small, but it’s unpleasant ... But on the way - more and more comers. Recall that at the beginning of last year, the European Commission approved the allocation of 33 million euros for the construction of the Greece-Bulgaria interconnector (IGB), which is an important part of the Trans-Adriatic Pipeline (TAP), through which gas from the Azerbaijani Shah-Deniz field should go to Southeast Europe, creating direct competition to supplies on the Turkish Stream. The construction has already begun and it remains only to hope that it will be carried out at a "purely Bulgarian" speed. Although ... Something tells you: the pace will be completely different than with the Bulgarian section of the Turkish Stream. Meanwhile, as it became known, the first shipments of "blue fuel" from Israel at the beginning of this year have already arrived at LNG processing plants in Egypt. On this occasion, a joint official statement was made by the energy ministries of the two countries, which emphasizes the "great importance" of this event. Of course, Tel Aviv has set its sights on the implementation of the “megaproject” - the creation of the EastMed gas pipeline, which will run across the Mediterranean Sea from Israel through Cyprus and Crete to mainland Greece and Italy. Israel is already seriously talking about its own prospects as the “energy superpower”. Another competitor on our head ... 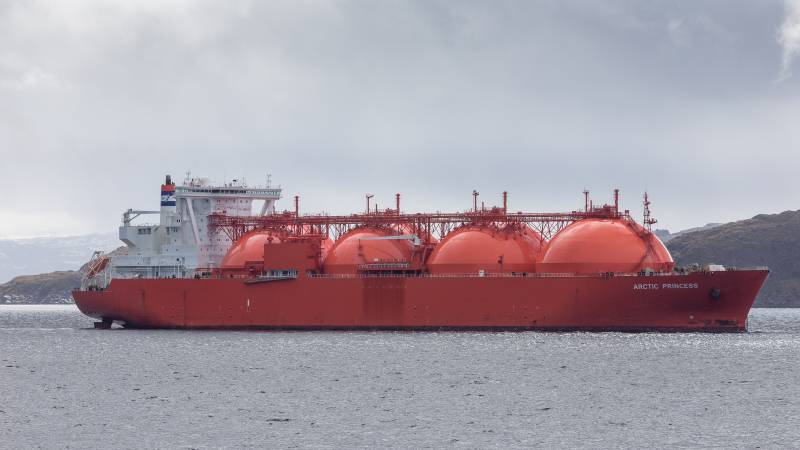 There are strategies, but mutually exclusive

In the current environment, Gazprom and Russia as a whole have an extremely difficult choice. On the one hand, our exporters suffer quite significant financial losses - the price of “blue fuel” in Europe literally fell below $ 170 per thousand cubic meters, reaching a 15-year low. There are many reasons here, and in addition to those mentioned above, one cannot fail to mention one more.

Kiev, perhaps not wanting it, managed to give Gazprom a fair pig: fearing its completely unpredictable behavior and, accordingly, the termination or significant reduction in transit from January 1 of this year, the EU countries all 2019 actively pumped gas into their own underground storage facilities: in reserve and just in case. The winter turned out to be abnormally warm, practically no fuel is taken from the gas storage facility, and deliveries continue. “At the exit” we have a price reduction to complete indecentness and, accordingly, a drop in the revenue and profits of the domestic gas monopolist. What to do? The simplest and most logical answer in this situation is to turn off the tap. That is, if possible, to reduce export volumes, without violating previously concluded transactions and without running into penalties. Then there is a chance that quotes, albeit not immediately, but still "creep" up. It would seem - the only right decision. Incidentally, it is in this vein that Gazprom now acts, this month reducing supplies, according to available data, by about 20%. However, everything here is far from as simple and unambiguous as it might seem at first glance. By winning now, we are deeply at risk of losing the global battle for Europe’s energy market.

Unfortunately, Russia's positions in this confrontation as of the beginning of 2020 are far from as strong as they should have been. Nord Stream 2 is bogged down in the abyss of American sanctions so deeply that no one is already making forecasts on the timing of its launch. The Turkish Stream has been commissioned, but ... Firstly, it is far from operating at full capacity, and secondly, the United States is determined to “step on the throat” for it. In any case, the US Under Secretary of State for Political Affairs, David Hale, in an interview with Bulgarian media has already made a statement that Washington will oppose the construction of the second line of the Turkish Stream gas pipeline in all conceivable and unthinkable ways. This directly leads us to an understanding of the key point: in any “gap” that has formed in the European energy market due to reduced supplies from Russia, Americans will immediately squeeze into any niche that has arisen in this way, which will then be very difficult to knock out. The only thing that today does not allow them to literally fill the Old World with their own LNG is the insufficient amount of capacity for its processing and the absence of a transoceanic tanker fleet appropriate sizes. If this area of ​​business in the United States continues to be considered promising and highly profitable, the necessary funds will be invested without problems in eliminating the "weak spots". And then - just like a kayuk ... Therefore, whatever one may say, but speaking of the long term, Russia now benefits from just a reduction in gas prices in Europe, which makes the "energy expansion" there simply unprofitable for the Americans. 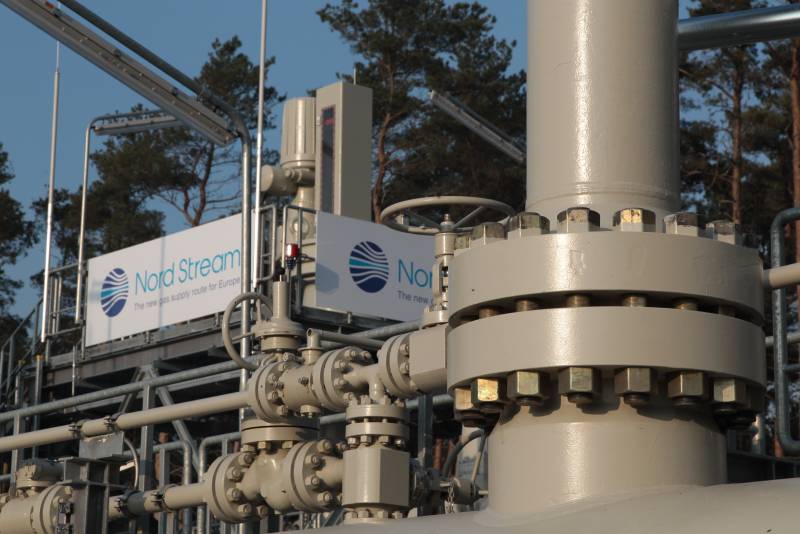 It should be noted that certain signals indicating the correctness of just such an approach already exist. The fact is that the lion's share of the US exported LNG is of shale origin. And here there are problems. According to S&P Global Platts, in December last and January of this year, the average daily gas production in the United States began to decline. So far, it is less than about 2%, but this seems to be only the beginning. American analysts directly point out that American shale companies are forced to reduce production due to low prices for blue fuel, which in the USA, too, by the way, have reached a minimum today since 2016. This, in turn, calls into question the prospects of launching new processing plants. And tankers - and even more so. According to experts, the question of whether the “shale revolution” and “export boom” will continue in the United States will be finally decided before 2022. So, perhaps, Gazprom can only hold out for some time to reserve the most promising and attractive European market for Russia. In light of this, you must admit, the “unprofitable” deal with Naftogaz also looks somewhat different, allowing us to maintain the export positions that competitors are trying to squeeze us out of so much. One way or another, but 2020 will be a real test of strength for Russian gas exports. I want to believe that it will be sustained with honor.

We are in Yandex Zen
Strangulation: the context, conduct and consequences of the American naval blockade of China
The United States declares Russia a gas war?
76 comments
Information
Dear reader, to leave comments on the publication, you must to register.