Egypt converted the MiG-29M / M2 received from Russia into tankers 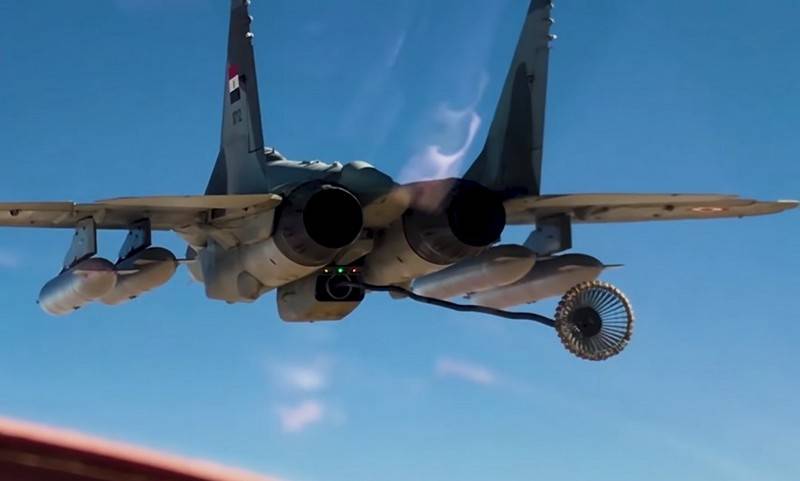 MiG-29M / M2 fighters purchased by Egypt in Russia can be used as tankers since they were delivered together with the corresponding equipment. This was reported by TASS with reference to a source in the military-industrial complex.

Egypt, along with MiG-29M / M2 fighters, received PAZ-MK refueling suspension units, which enables fighters to fulfill the functions of tanker aircraft
- the agency leads the words of the source.

According to the publication, at a recent exercise by the Egyptian Air Force, MiG-29 fighters acted as tankers, refueling Dassault Rafale fighters. During the maneuvers, refueling of two Egyptian French Air Force fighters was worked out. The number of delivered PAZ-MK sets is not reported.

Recall that the contract for the supply to Egypt of a total of 52 MiG-29M / M2 fighters was signed by Rosoboronexport in May 2015. Deliveries began in 2018.