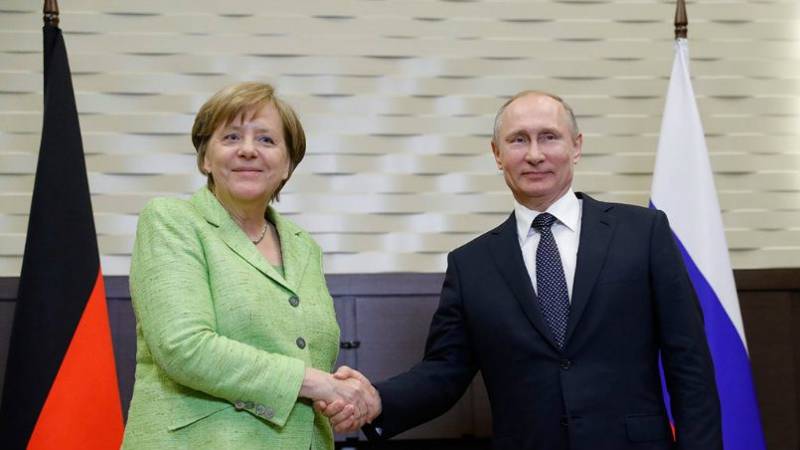 After the recent meeting in the Kremlin of Russian President Vladimir Putin and German Chancellor Angela Merkel, the German media, usually unfriendly to us, suddenly melted away and they began to recognize obvious things.

They started talking, for example, that Russia plays an important role in the world. You cannot do without it when solving key international problems. This is the leitmotif of the title article in the Tagesspiegel newspaper. Referring to Merkel’s recent trip to Moscow, the publication admits that without negotiations with Putin, the Bundescan Chancellor could not have organized an international conference in Berlin under the auspices of the UN to resolve the conflict in Libya.

For Germany, this is a very important event. For many years, Berlin has been trying to integrate itself into the company of world powers that determine the international political agenda, and to join in solving problems in the "hot spots" of the planet, but to no avail.

Now Merkel has a chance to become a moderator of the Libyan settlement and to some extent convert Germany's economic successes into international political authority. Tagesspiegel does not directly write about this, but the joy of the upcoming important talks in Berlin is visible in the article with a naked eye.

Another German media outlet, Deutschlandfunk, noted Russia's great success in the Middle East. Moscow, when making decisions here, is guided by "cold calculation" and does not engage in "political magic", but "fills the vacuum of power in the region and without any great expense seeks to strengthen its influence."

Such favorable assessments of Russia have not been in the German press for a long time. They could be regarded as gratitude for supporting the Berlin initiative on Libya, if it concerned only political issues.

Burgers are called to Gazprom

One of the leading German publications for individual investors and investors, Aktionär magazine has posted several articles on its website in which it recommends its readers to purchase shares of the Russian company Gazprom.

It seems that the moment for such a recommendation has not been chosen quite well. The completion of the Nord Stream-2 gas pipeline has just failed. Another international gas trunk of Gazprom, the Turkish Stream, tripped over Bulgaria. Gas in full will not be able to go through it until May.

In addition to all these troubles, the price of gas in Europe dipped. The Russian company incurs substantial losses. However, Aktionär is convinced of the “very good prospects” of Gazprom shares. True, he makes a reservation that his recommendations are addressed to “brave investors”.

Although what is the "courage", it is not very clear. Last year, Gazprom shares on the Frankfurt Stock Exchange surged up by as much as 90%. Buyers were attracted by the dividend policy of the Russian company. At the end of 2019, Gazprom will allocate 30% of net profit to dividends to holders of its securities, this year - 40%, and in 2022 - 50% of profit, as defined in the requirements of the Russian government for state-owned companies .

In addition to these clearly attractive data, there are other estimated indicators. Magazine expert Torsten Kufner cites one of them - the ratio of stock prices to expected profits. At Gazprom, this indicator is 5. And, for example, at the Saudi oil company Saudi Aramco - 18. The arithmetic here is simple: the lower this indicator, the more profitable are corporate shares. Conclusions are not difficult to draw.
In addition, Aktionär considers Russian companies to be underestimated and offers burghers to purchase shares in Norilsk Nickel, Sberbank, Yandex. Experts of the publication predict that in March after the next summit of the "Normandy format" Merkel will achieve the weakening of sanctions against Russia. Then the shares of Russian companies rush up at least 20%.

The fact that the Germans are expecting such a courageous step from Angela Merkel suggests that the ice in relations between Berlin and Moscow is beginning to thaw. And this has directly affected the tonality of the German media.