Nuclear deal with Iran: is everyone back? 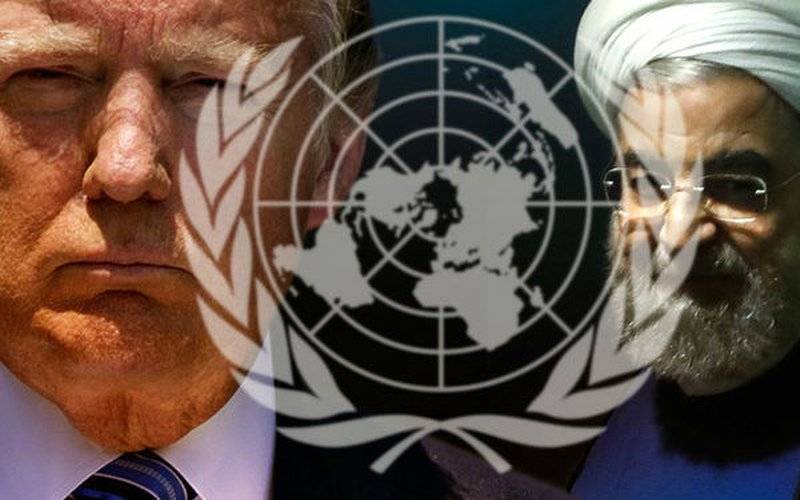 Against the backdrop of a tough confrontation between the United States and Iran, which unexpectedly quickly turned into something like a “strange war”, the atomic topic almost fell into shadow. However, almost simultaneously with the “New Year aggravation” provoked by the assassination of General K. Suleymani, positive changes occurred in this direction.

The consultations of the leaders of France and Germany with Moscow turned out to be as efficient, as constructive. And above all, it seems, precisely on the nuclear issue. And immediately after them, the quite expected statement of three European participants in the JCPOA (Joint Comprehensive Comprehensive Plan of Action), England, France and Germany, was voiced about the desire to make every effort to implement it. 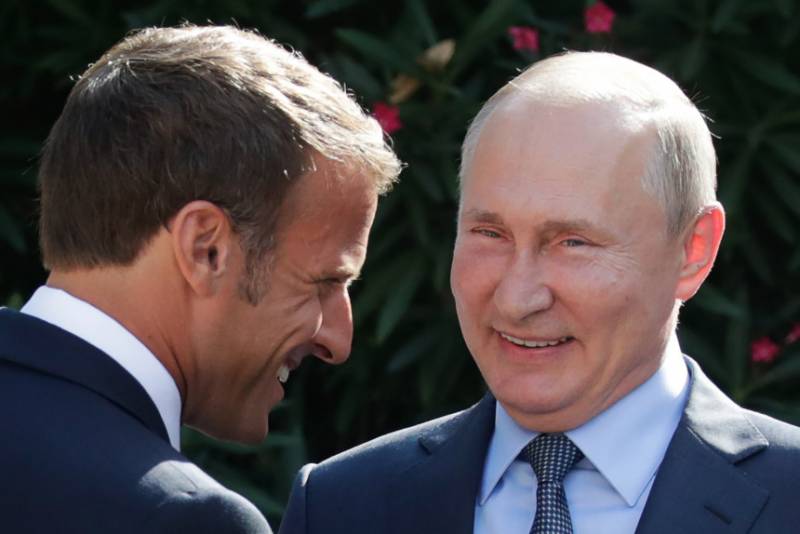 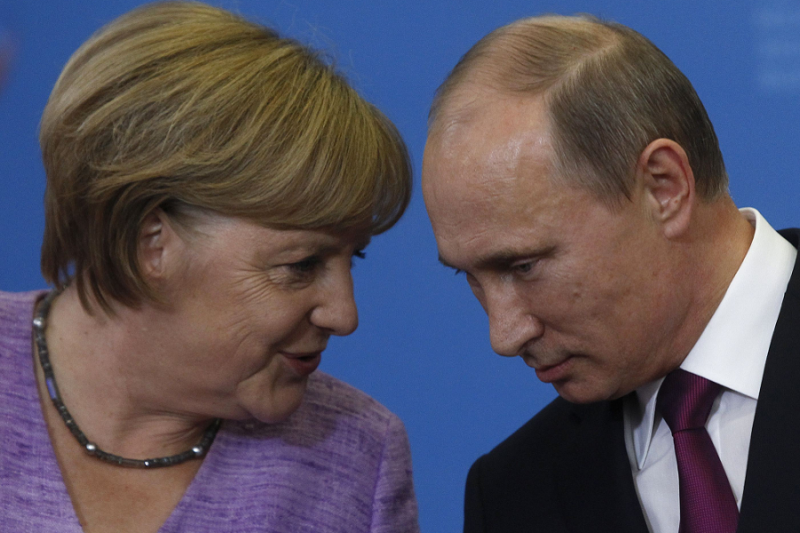 In relations with Iran, the "reliable" US allies in NATO are not the first to refuse to go in the wake of Washington. This is especially sensitive for the Donald Trump administration right now, when it comes to the urgent need to save a literally hurt nuclear deal, signed, recall, in 2015. As you know, then the JCPOA was concluded according to the 6 + 1 scheme, and the top six, besides the USA and Russia, also included China, along with the three mentioned European countries.

In Tehran, they preferred to designate the formula as 3 + 3, sequentially “recording” Russia and China as allies, and after Germany joined, they decided to recall the formulas as little as possible. Apparently, in this case, the fact that Germany was deprived of the right to possess nuclear weapons, but it has a very strong nuclear industry, especially energy, which, however, is now very quickly collapsing.

Currently, it’s just right to talk about the 1 + 6 formula, since all signatories except the United States have clearly indicated their willingness to return, or rather, continue to adhere to the JCPOA. In Washington, however, they continue to pedal the topic of mistrust to Iran, which did not stop the Americans to envy steadily transfer rocket attacks on empty bases as a harsh response from the Islamic Republic of Iran.

It is clear that the election factor, which is important both for the incumbent president and his opponents, and not only from among the democrats, has long come to the fore. It is difficult to say whether the American leader could return to the atomic negotiation table for plus or minus within the United States, but the world would definitely approve of this.

Democrats in the lower house of the US Congress do not stop threatening impeachment of Donald Trump, but this terrible bugbear has long managed to turn into a kind of paper sword and is working more likely not against, but in favor of the Republican President. With this approach, when even the threat of a third world war is ready to turn into an election ace, it does not matter to any owner of the White House whether Iran has a chance to get the notorious “atomic button” in the foreseeable future. 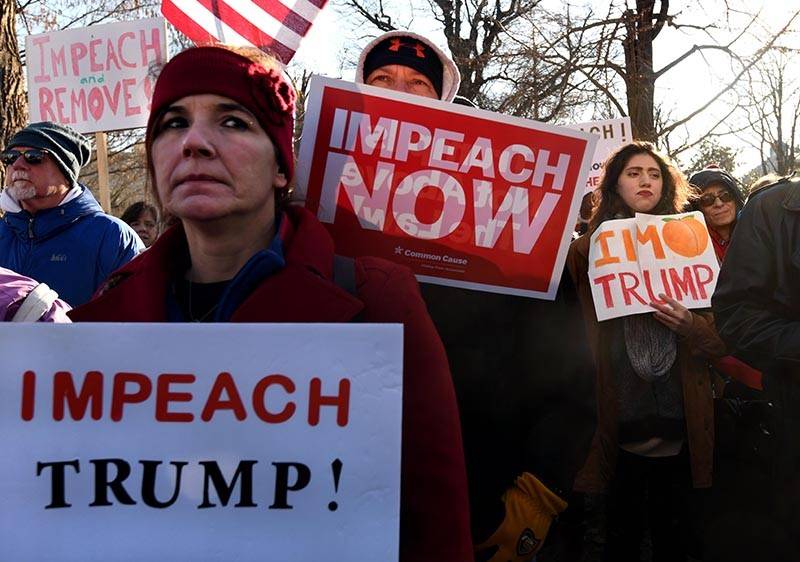 And the announcement of the Islamic Republic of Iran as the main terrorist center does not even come to the fore. It is much more important to simply get a moral carte blanche from the loyal and not very media to prepare at least a semblance of a "Maidan" in Tehran. But thus, the American hawks, regardless of which party they are in, can kill two birds with one stone.

Firstly, to restore the reputation of a country that carries true democracy around the world, although in reality it is a question of strengthening the position of the “world gendarme”. And secondly, finally breaking the extremely precarious balance in the Near and Middle East. The fact is that political or at least moral dividends from any step towards stabilization in the region have recently managed to get almost anyone who could, starting with Russia, but not the USA. 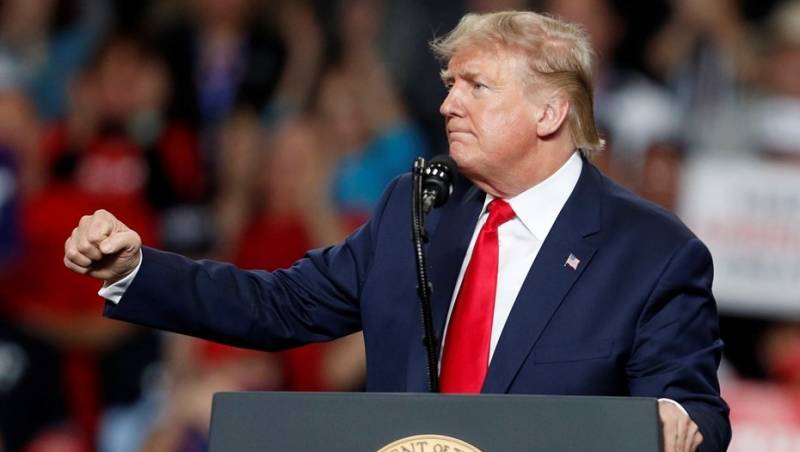 It was no coincidence that Emmanuel Macron and Angela Merkel hastened to discuss the possibility of preserving the JCPO with the Russian president. And not only because hooking Tehran with a nuclear deal and at least trying to bring the United States back into it is probably the best chance to prevent the escalation of the conflict.

Russia, as you know, has traditionally quite successfully mediated in the region since it took over most of the foreign policy legacy of the USSR. But the Union was rarely a mediator, preferring mainly the position of an active player. However, as it turned out, the influence of an intelligent mediator can sometimes be much stronger than that of an inconsistent ally, and for some, a direct adversary.

The experience of Syria, especially the Russian experience, seems to be thoroughly studied in Tehran, especially since Iran also has to mediate a lot. In other places, it doesn’t turn out so well, although, for example, the Qatari Emirate was safely supported by Iran for many years of the most severe blockade by all other neighbors. And now it is supported.

Is it worth recalling that Russia is interested in the peaceful nature of the Iranian nuclear program, almost more than all the other participants in the JCPOA. It is precisely under the peaceful Iranian atom that numerous promising projects have been set up with the participation of Russian specialists, starting with the construction of nuclear power plants and ending with the disposal and recycling of nuclear waste. 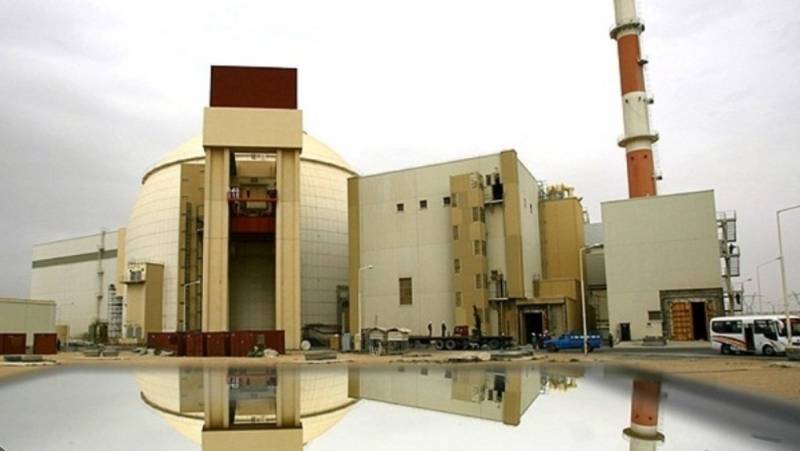 And the fact that Iran is often not in a hurry to make payments, although they have already learned how to accelerate the implementation of a number of projects, is not too embarrassing for Russian specialists. This partner is no worse and no better than others. But it has already been repeatedly tested and almost uniquely hooked on the Russian “atomic needle”.

It is very characteristic that, unlike the situation two years ago, in the current difficult situation, neither the US nor Israel are pulling any atomic dossiers with evidence that Iran has already developed a plan for creating nuclear weapons. The fact that such a plan exists is simply no longer in doubt. Even exact dates are called for when Tehran can receive the long-awaited “nuclear button”. The earliest of the forecasts speaks of the end of 2021.

From an engineering point of view, both the forecasts themselves and the position taken by Washington and Tel Aviv can be regarded as nonsense. First of all, due to the fact that in any case, Iran will need considerable time to obtain the required volumes of nuclear materials. 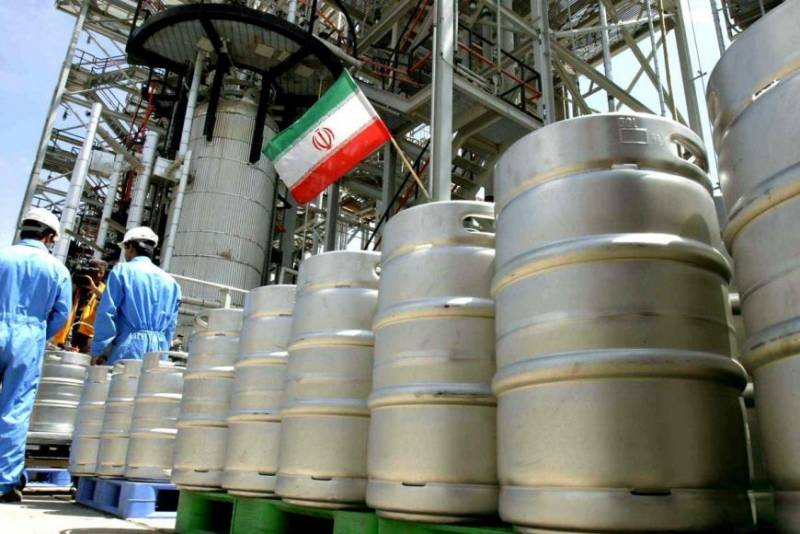 In the few months that have passed since the United States withdrew from the JCPOA, Iran could not make such a powerful technological breakthrough. Especially taking into account the sanctions, which sharply limited the possibility of obtaining a number of necessary materials and special equipment.

The very centrifuges that are talked about so much in the context of the "nuclear deal" are by no means primitive, but rather complex structures using unique raw materials, automation, and other things that are not obtained from the air. This is especially true for the technology that is needed in the final stages of enrichment.

And there are very big doubts that Iran, by the time of the signing of the JCPOA, fully had everything necessary to complete the nuclear cycle. Obtaining, under sanctions and tight control of the IAEA, any of the most necessary so that it remains unknown to anyone, today is almost impossible.

The same secret plants that the American media insist on can hide underground, but all raw materials and energy, as well as equipment, must also be delivered there somehow. Modern technology allows us to conclude that military work is being carried out at nuclear facilities, even on indirect grounds.

But even them, as you can understand, Washington does not have. Not so long ago, Israeli Prime Minister Netanyahu presented a certain atomic dossier to the world, but many did not believe in it. As it turned out, they did the right thing. At the same time, it is by no means possible that Iranian nuclear scientists are simply bluffing, claiming some of their technological breakthroughs.

However, the very fact of possession of certain atomic semi-finished products, that is, for example, under-enriched uranium, should be considered dangerous. The important thing is whoever has all this in their hands. And what happened to the Ukrainian Boeing only confirms such concerns. The unprofessionalism of so many fighters of the same IRGC, the Islamic Revolutionary Guards Corps, whose special unit was led by General Kassem Suleimani, is simply scary.

We are in Yandex Zen
Why Trump killed Suleimani and why it matters to us
The assassination of General Suleymani. Is a new war in the Middle East waiting for peace?
27 comments
Information
Dear reader, to leave comments on the publication, you must to register.