From mother capital to protecting the memory of the Victory: the president addressed the Federal Assembly with an annual message 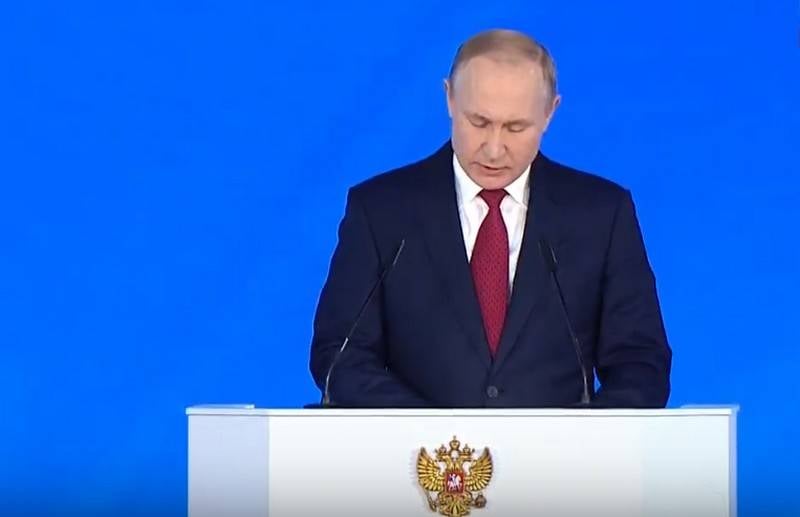 Today, January 15, Russian President Vladimir Putin addressed a message to the Federal Assembly. For the first time in all time, the president spoke at the beginning of the year, explaining this by the country's large-scale tasks in various fields, the solution of which requires new high-quality management.

The address to the Federal Assembly was first announced at the very beginning of the year. We need to quickly, without delay, solve large-scale social, economic and technological problems that the country faces
- said the president.

The president of Russia began his message with the issue of fertility, saying that the fate of Russia and its historical prospects depend on demographics. According to Putin, at present, the birth rate in Russia has begun to fall again, turning into negative values.

To solve this problem, the president suggested that the Russian government adopt several laws. In particular, from January this year, a monthly payment for each child from 3 to 7 years old should be introduced. Initially, it will be half the cost of living, i.e. 5,5 thousand rubles, and from 2021 it is planned to double it. Putin instructed the government to promptly make changes to the budget, taking into account new payments for children from January 1 of this year.

The president proposed providing free hot meals to all students from grades 1 through 4.

The president also touched on the problem of teachers, saying that teachers ’salaries should not be reduced. It was proposed to introduce additional monthly payments from the federal budget for class teachers, while preserving all current payments.

Putin asks for special attention to be paid to the primary health care sector, including taking control of the equipping of feldsher-midwife stations.

In turn, I ask the subjects of the federation to find reserves and deal closely with the housing problems of doctors and paramedics, especially in villages, towns, small towns, to use all the mechanisms for this, including office housing
- he said.

Among other issues raised by the president, the need for a major breakthrough in artificial intelligence, genetics, digital and energy technologies, as well as in defense, the project of “accessible Internet”, capable of providing free access to socially significant resources, the environmental responsibility of manufacturers, was voiced.

For Russia, May 9 is the greatest and holiest holiday ... Our memory is not only a tribute to the historical past, it serves our future, it strengthens our unity. We must defend the truth about Victory, otherwise what shall we say to our children if a lie spreads like a plague all over the world? Insolent lies and attempts to rewrite history, we will have to contrast the facts
- he said.

The Russian leader also recalled the latest Russian developments in the field of weapons, noting that over the years, Russia is no longer catching up, but rather ahead of its potential opponents in this direction.

Recall that the proposals voiced during the president’s address should be considered by the Russian government and adopted in the manner prescribed by law.
Ctrl Enter

We are in Yandex Zen
The big press conference of Vladimir Putin
Russia is taken to the Golden Billion
268 comments
Information
Dear reader, to leave comments on the publication, you must to register.