In the United States, there were problems with the prospect of military aviation, or the abandonment of new aircraft platforms 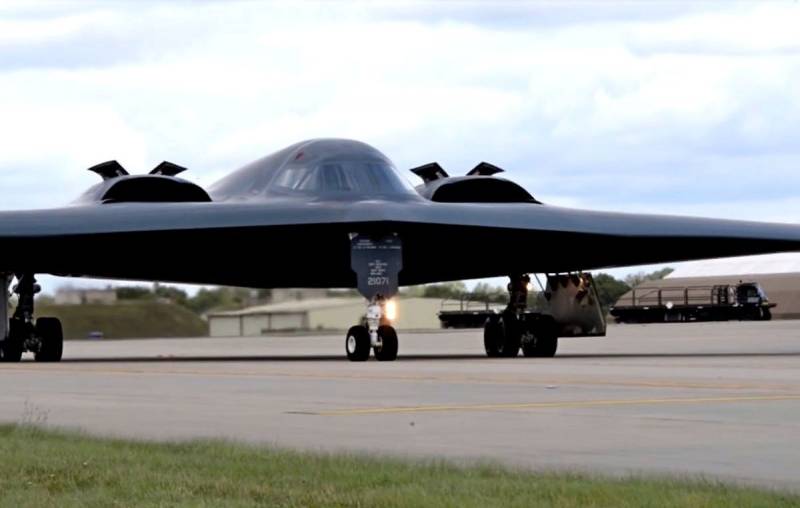 I really respect our readers for their professionalism. And I write this without any sarcasm. Almost any topic that is voiced on the pages of the publication causes a very reasoned and deep discussion. You read such dialogues and marvel at the education of our people.


But sometimes it happens that personal communication with any of the readers leads to thoughts that do not even directly relate to the topic of conversation. Something like this happened with the topic that I will voice today. Talking about the vehicles in service with our aircraft pushed to a more global problem. What about those whom we call potential adversaries? How's it going?

It is no secret that the war in the air, I do not mean real clashes, is ongoing. Pilots of the world's leading aviation countries conduct daily battles for dominance in the aerospace industry. All means are used. From the training of ace pilots to technical superiority in technology and the creation of a developed structure of airfields and military bases.

Leading a conversation about aviation, we most often discuss the performance characteristics of aircraft, their combat capabilities, weapons and other advantages, or disadvantages, precisely from a technical point of view. But you do not often find material where the question of the age of cars would be raised. Yes, yes, just about age.

Any equipment, like any person, repair it or upgrade it, has a service life and its own “senile diseases”. Other things being equal, a fresh aircraft will have an advantage over an equal to it, but "age", machine. Overloads that a new aircraft will withstand are often fatal for an “old man”.

Hence a simple conclusion. A state with more recent aircraft has an advantage in the air. Wins the very battle for air supremacy!

We are used to the fact that the United States is our main rival in the air. It was the United States that interested me. Does the richest army in the world have problems? It turned out to be, judging by the American press. Specialized American publications have long been talking about the need to replace the fleet, while stating problems with the prospect of military aviation.

Today, the US Army is armed with 5600 aircraft of various types. It is clear that the average age of such a number of machines cannot be accurately calculated. There are completely new aircraft, and there are those whose age is already approaching 60.

According to American data, the life of most F-16C / D and F-15C / D fighters ends, and these are expensive cars, multi-purpose F-15Es, B-1B bombers, S-130 transporters. Imagine the cost of replacing them? This situation, by the way, was created despite the fact that annually the US aviation (from 1980 to 2018) spent $ 12 billion on the purchase of new aircraft!

Americans know how to count money. I will give one example of costs. So, the US Air Force in the coming years, it is necessary to replace the "obsolete" F-22 with the new F-35. With the current budget, the Air Force can purchase about 60 vehicles a year. It is necessary to replace 1800 aircraft. Further arithmetic. How many years will procurement be extended at current costs?

Moreover, after repeated examinations, American politicians came to the conclusion that the United States will not be able to implement the fleet renewal program in the form in which it was conceived. F-35s will be purchased to replace a specific decommissioned F-22. But that is not all.

America refuses to develop new platforms and focuses on the production of the F-35A, as a universal aircraft and ensuring air supremacy. “No money, but you hold on,” dear American pilots.

The arms race, especially in aeronautical engineering, is quite an expensive undertaking. For many years, the idea that we a priori lose in this US race has been pushed into our heads by all means. It turns out that according to American data, the USA also does not have the ability to globally update its flight fleet. This is not for the “consolation” of the Russian reader, but for the argument that even with an active printing press, there are enough problems in the military-technical sphere. Someone will say: we would have their problems. Well, here's how to look ...

Twitch and, sorry, do not tear the navel. We must systematically engage in daily work to strengthen our own Armed Forces. Haste, as is known from the Soviet film, is needed only in one case ... The main thing is without the slogans from the “catch up and overtake” series. Already passed ...