Arab countries in NATO: why Trump's idea is doomed to failure 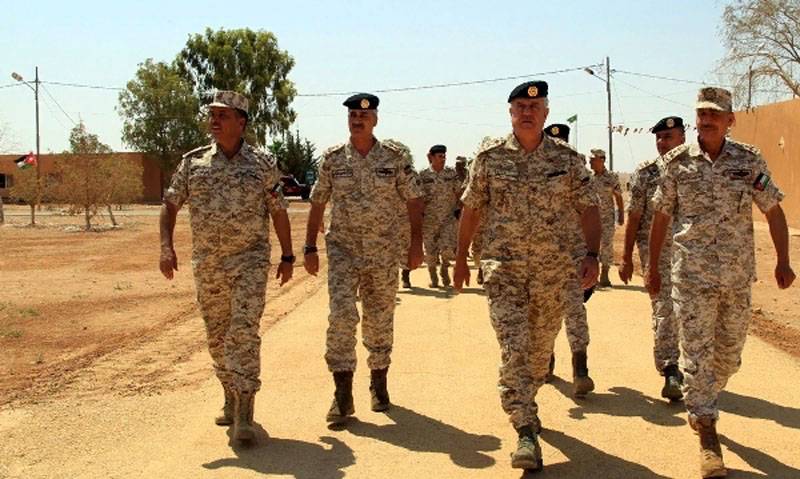 Events in the Middle East forced Donald Trump to talk about the inclusion of some Middle Eastern states in the NATO bloc. But it is unlikely that the European members of the alliance will agree with similar plans by the American president.


Currently, NATO has only one with a territorial unit in Asia. This is Turkey. Even a longtime US ally, Israel is not a member of the North Atlantic Alliance, not to mention other US regional allies like Saudi Arabia.

Nevertheless, the changing situation in the Middle East, Russia's active participation in Middle East politics and the deterioration of US relations with Turkey make the American leadership think about either the inclusion of some Arab states in NATO or the creation of an alternative military-political alliance in the region.

Ever since the Cold War, allies of the United States in the Middle East, in addition to Turkey, are at least six Arab monarchies located on the Arabian Peninsula. These are Saudi Arabia, the United Arab Emirates, Kuwait, Qatar, Bahrain, Oman.

The preservation of forms of government and social order in these countries was the result of a deliberate policy of the United States and Great Britain, who were panicky afraid of the spread of leftist ideas on the Arabian Peninsula and the fall of oil-bearing states under Soviet influence.

But it is precisely the features of the government and social structure of these states and, above all, Saudi Arabia, that can become one of the main obstacles to their entry into NATO. If in the USA they are guided, first of all, by their pragmatic interests, then in the European Union they pay more attention to the ideological component. European countries have claims even to Turkey, which is relatively secular by eastern standards, especially after Recep Erdogan came to power, what can we say about Saudi Arabia or Qatar.

The situation of women, ethnic and religious minorities, reprisals against the opposition, the general level of democratic freedoms and human rights will become a stumbling block on the way to the entry of Arab monarchies into the North Atlantic Alliance. After all, it is clear that these countries will never share Euro-Atlantic values, which are the ideological foundation of the bloc. Moreover, after the assassination of General Kassem Suleimani, the degree of confidence in the United States in European countries has declined.

Accordingly, the inclusion of Arab monarchies into NATO is hardly possible, but the formation of a regional military-political bloc under the auspices of the United States, which would include Arab monarchies, seems quite real.

The downside of this bloc will be that almost all of its members are dwarf states with very small armies. The exception is Saudi Arabia, but its armed forces are not as combat-ready as the conflict in Yemen showed. But in addition to the monarchies of the peninsula, there is essentially no one to involve the United States in the bloc. Iraq is under Iranian influence, and too torn apart by internal conflicts.

States can try to include Jordan - another Arab monarchy, but the Hashemite kingdom also has neither human resources nor great military and economic power. Theoretically, the alliance could strengthen Egypt, but the question is that Cairo, maneuvering between the US and Russia, is unlikely to want to openly side with one side, and even bind itself with allied military obligations.

Finally, there is another side to the issue. Even the Arab monarchies themselves, especially Saudi Arabia, which claims to be the leader of the Islamic world, at least its Sunni part, can refuse Trump’s proposal.

After all, participation in a military-political alliance with the United States, especially if it comes to joining NATO, can very seriously hit the reputation of the kingdom, and of other monarchies in the region, in the eyes of hundreds of millions of Muslims on the planet. American imperialism is still perceived by most residents of Asia and Africa as an absolute evil, and American and European values ​​are sinful, extremely alien, and if the Arab monarchies are officially allies of the United States and European countries of NATO, hostility towards them will increase significantly.

We are in Yandex Zen
Prospects for intervention in Syria. Turks and Saudis are preparing for war or bluffing?
Overseas ally? Donald Trump - US Presidential Candidate
11 comments
Information
Dear reader, to leave comments on the publication, you must to register.