"Getman Sagaidachny": how the flagship of the Ukrainian Navy is "doing" 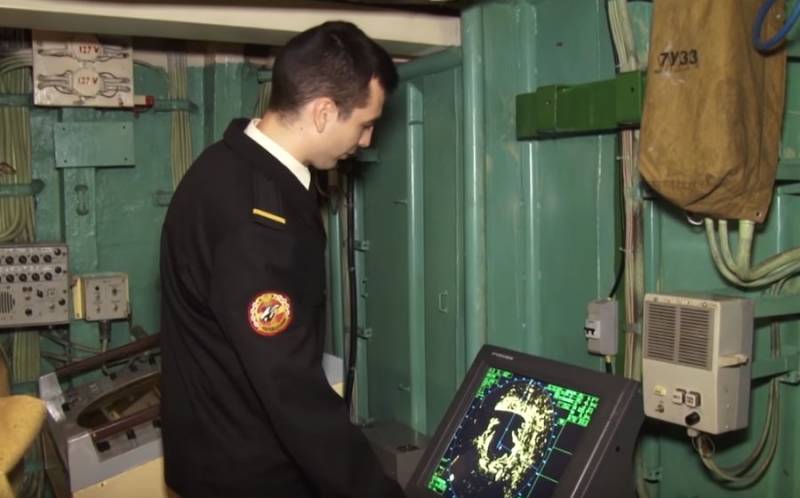 We can say that the sad fate of the ship, by the will of fate has become the grand flagship of the toy "naval fleet»Ukraine was a foregone conclusion initially. Not only having changed its name from the one given during the construction of Kirov to Getman Sagaidachny, but by the same strong-willed decision “made” from border patrol ships to frigates, it forever became a symbol of both the desire to “keep up” to the level of real sea powers and her complete inability to achieve this in reality.


We will not retell all the vicissitudes that accompanied the not-so-glorious "battle path" of the Hetman. We confine ourselves to the story of his current “life”, due to the fact that during the Crimean spring of 2014 the ship, as usual, was not very lucky - it turned out to be not in the place of permanent basing, in Sevastopol, but in the sea, from where it landed in Odessa , remaining under the "yellow-blakpitnoy ensign." In subsequent years, the ship, a large part of the crew of which scattered all the same in 2014, for the most part hung senselessly and senseless in the water area of ​​the Practical Bay, periodically becoming the object of a visit to both senior officials of Ukraine and their curators from NATO. From time to time in the Ukrainian media were held cheers-patriotic materials, pathetically telling that the flagship is "still wow!"

So, how is the flagship of the Ukrainian Navy?

One of the latest such reports, entitled “Armed guard of the sea borders of Ukraine: what strikes the frigate“ Getman Sagaidachny ”, was released in the summer of 2016. Just at the time when the wretched, finally brought, as they say, to the handle of a warship, if it could strike anyone’s imagination, it was only the degree of their own neglect and degradation. It went into a non-working state, almost everything - from the propulsion system and navigation systems to God knows what weapons. It got to the point that instead of a radar station (which was generally intended for use on fishing vessels), the Furuno FAR-2 117/27 radar was installed on the flagship - it was absolutely not military equipment, but a commercial model used on cruise yachts. However, the funds were raised by Ukrainian “volunteers” who were pretty drunk at the ongoing civil war in the country.

In the end, "Sagaidachny" did get a repair, which was already impossible to put off - all the operating life of its systems and equipment were unacceptably exceeded. Even the usual docking has not been carried out since 2012. An attempt to somehow “poganize” the flagship was made by the specialists of the Illichivsk shipyard located in the city of Chernomorsk, Odessa region (such are the toponymic grimaces of “de-communization”). It is worth noting that this enterprise is not at all intended for servicing warships. The same “Sagaidachny” was shoved by force into the largest floating dock there. Fantastic amounts of tens, if not hundreds of millions, required for repairs began to be voiced in the Ukrainian media, and some of the Ukrainian “naval commanders” began to spread about the fact that the frigate would not only be repaired, but would also undergo a “deep modernization” ... 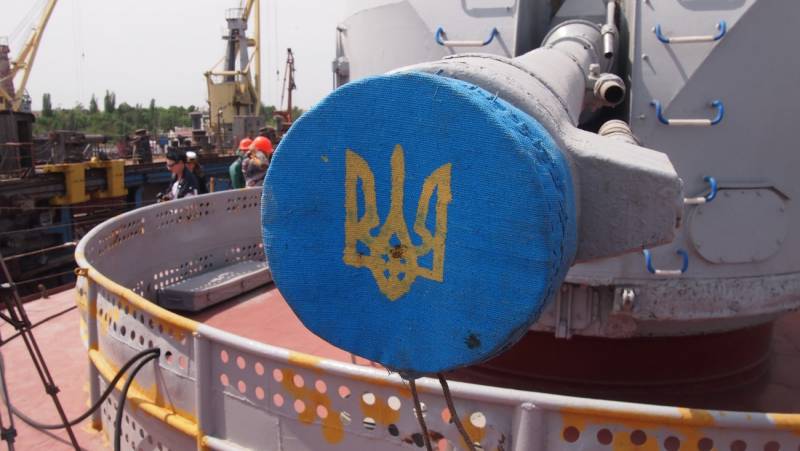 Judging by the fact that the ship returned to service without the slightest pomp and celebrations held in post-maidan Ukraine about launching each, excuse me, the pelvis with a machine gun, in fact, there was no modernization, but the most usual resuscitation. Moreover, on the principle of "what was enough." If we take into account that the “specialists” were involved in the process for cutting the state budget from the Poroshenko's “Forge”, the result is predictable.

However, Hetman Sagaidachny periodically again is heard. Especially often this happened last summer during the Sea Breeze-2019 exercises in the Black Sea. In the process of such, the frigate’s crew even dared to carry out firing from its only operational weapons - 100-mm artillery mount AK-100. But the appearance at that moment in the area of ​​maneuvers of the Russian watchful ship Smetlivy frightened the Getman team almost to the washing of uniform portugs and caused a prolonged hysteria of the Ukrainian side. The frigate was also involved as an object to demonstrate to the public the “assault” performed by the local “fur seals”. Own ship standing at the pier was captured with a bang! Well, it’s clear - for such exercises you always use some ruins ...

Otherwise, the existence of “Hetman Sagaidachny” is the same endless window dressing and “reception of dear guests”. On the last Independence Day, a visit to it by everyone was included in the celebration program in Odessa along with the flash mob “Being Ukrainian is an Honor!” And “Walking Guides”. Oh yeah, I almost forgot - during the celebration of the day of the naval forces that was completely inappropriate for Ukraine last year, the frigate’s crew was presented with a “replica of the hetman’s sword Peter Sagaidachny”, made by the father of one of the sailors who so absurdly got into the Kerch Strait - Andrei Eider. Very symbolic! Simulacrum of the sword is the most worthy gift for the team of fake under the flagship of the non-existent fleet of a failed country ...