Black Berets of the Future: Does Russia Need Marines? 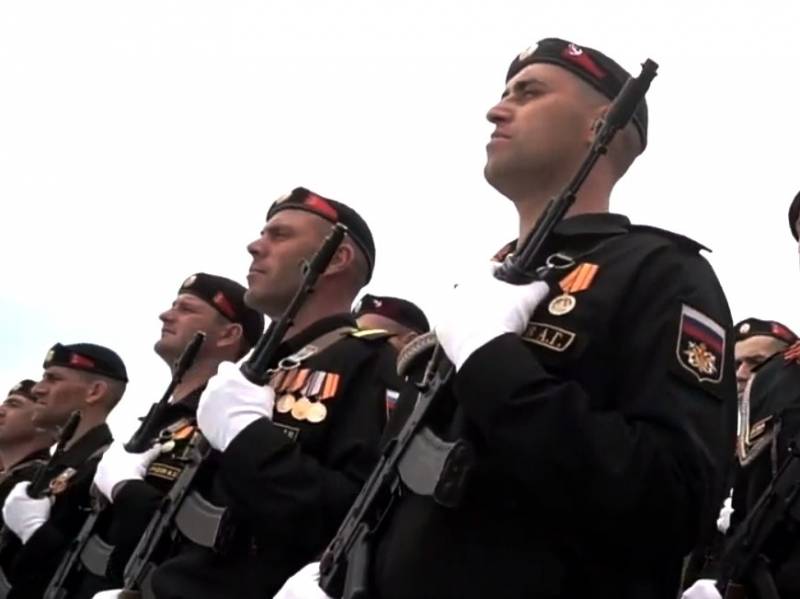 The Marine Corps is the pride of many countries whose armed forces include its units. In modern wars and conflicts, its role remains very high.


Recently, The National Interest published a ranking of the world's marine corps. The top five were the marines of the United States, Russia, Britain, South Korea and China. Of course, since the publication is American, its authors simply could not give first place to compatriots. But, on the other hand, the US Marine Corps remains not only the largest in the world, but also the most involved in numerous military operations. However, the magazine paid tribute to the Russian marines, putting them in second place.

History marine corps in all countries of the world that have it, is inextricably linked with history fleet and sea power. Therefore, the first divisions of the marine corps appeared in those countries that waged colonial wars in overseas countries - in Portugal, Spain and Great Britain.

At the same time, some skeptics today doubt the need to preserve the numerous marines in Russia - they say that its demand for military operations will only decrease in the future. But is it really so?

The main tasks of the marine corps

In modern conditions, the marine corps performs several important tasks. Firstly, these are mobile expeditionary forces capable of performing tasks practically anywhere in the world, regardless of its remoteness. It is only a matter of the capabilities of the fleet of their country. For example, the Americans have always used their marine corps as an expeditionary strike force.

In Russia, which did not wage overseas colonial wars, the marine corps was less important in this regard, but the naval paratroopers covered themselves with glory in the Great Patriotic War, and then showed themselves perfectly in all the many local conflicts.

Now the main task of the Russian marines has not changed - to quickly land on the shore, gain a foothold and provide a bridgehead for the landing of units and subunits of the Ground Forces. The actions of the marines support the fire of ships and aviationbut the marines have their own tank and artillery units. The Russian marines are gradually increasing their firepower and this is not a desire for aggression, but healthy competition with a likely enemy.

Secondly, the marine corps performs the most important tasks of protecting ships and sea caravans. Today, this component in the activities of the marine corps is becoming more visible: for example, Russian marines participated in the protection of ships in the Indian Ocean from Somali and other pirates, terrorist groups. Indeed, many seas still remain very dangerous for shipping precisely because of piracy and terrorist activity.

Finally, the marine corps is used to ensure the security of the facilities of their countries abroad - naval bases, embassies and representative offices. For example, fighters of the Marine Corps traditionally guard all American embassies in other states of the world.

To protect the interests of Russia

Russia, like the USA, China and many other countries, has its own interests, extending far beyond its borders. Since modern conflicts are predominantly local in nature, the marines become an ideal tool for protecting and asserting their positions in countries separated from Russia by sea and long distances.

Our marines have proven themselves in Syria. Recently, much has been said about the possibility of creating our bases in African countries - Sudan, Mozambique, Egypt, Libya. If they are created, then it will be on the marine corps that the main burden will lie on their protection and defense in case of attacks. There is no doubt that the fighters will cope with this - even the magazine of the likely enemy noted the high combat effectiveness of the Russian Navy, excellent training of personnel, which the Americans might well envy, not to mention the British or Chinese.

By the way, American General Robert Neller, from 2015 to 2019. Commander of the US Marine Corps, as he said to the personnel, that the American marines in the future will have to act not so much in the Middle East as in the Asia-Pacific region. After all, it is Russia and China that the United States considers its main rivals and a potential threat to its dominance.

There is no doubt that the Pacific Ocean is one of the most important zones of confrontation between the powers, and the Pacific Fleet consists of the most numerous formations of the Russian marines, and marine officers were traditionally trained at the Far Eastern Combined Arms School (now they are also taught in Ryazan, along with future officers Airborne Forces and Special Forces).

Therefore, to summarize the above, we can conclude that as long as Russia is a world power, as long as it has interests in other regions of the world, as long as the Russian fleet exists, the marines will also be needed, including taking into account modern versions of armed conflicts with called "hybrid" components.

We are in Yandex Zen
Strangulation: the context, conduct and consequences of the American naval blockade of China
Where we are, there is a victory
67 comments
Information
Dear reader, to leave comments on the publication, you must to register.