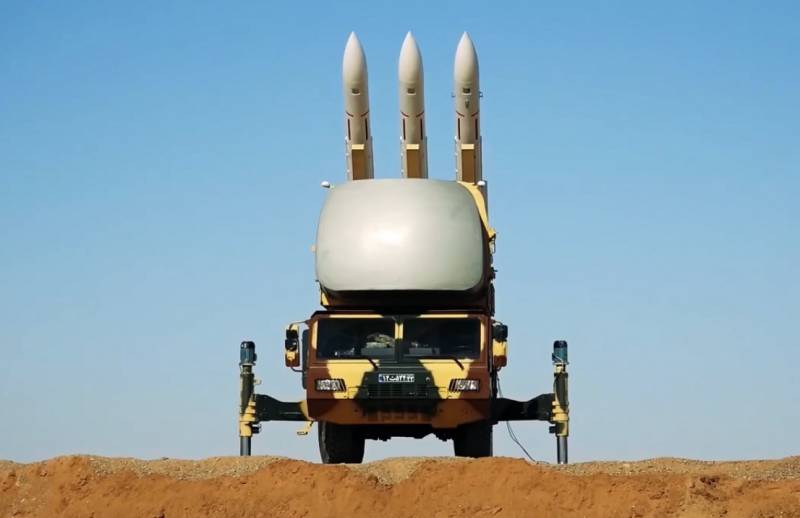 In the sky over Tehran, Iranian air defense shot down a passenger airliner belonging to Ukraine. Killed 167 passengers and nine crew members. Now many versions of the reasons for this tragedy are being put forward, one of which is called the imperfection of Iran’s air defense system. To understand how this version has a right to exist, let us consider in more detail what Iranian air defense is.

Apart from the three militarily strongest powers, which the United States, Russia and China traditionally belong to, Iran can be called a country with a powerful and efficient air defense system in the region. Tehran has anti-aircraft missile systems of short, medium and long range, as well as radio-technical troops and a centralized control system.

The Iranian air defense system can not only provide reliable protection against possible aggressive aspirations of neighbors such as Turkey, Israel or Saudi Arabia, but it is also a significant deterrent to the United States and its allies if they try to solve the "Iranian issue" by force.

Moreover, Iran’s relations with the United States are extremely tense, especially after the assassination by the Americans of Baghd’s Commander-in-Chief Kuds Kassem Suleimani. And in the past few decades, the United States has been trying to resolve conflicts with opponents with the help of missile and air strikes against military, administrative facilities and infrastructure.

The formation of Iranian air defense

Iran's air defense was quite advanced even before the 1979 Islamic Revolution. It consisted of British and American products. Then, during the years of the Iran-Iraq war and in connection with Western sanctions, it gradually fell into decay.

Over time, Iranian specialists learned to independently repair and modernize the British Hawk air defense systems that they inherited from the Shah’s regime. In addition, in the 90s, air defense equipment was purchased in Russia and China.

But finally, the modern Iranian air defense system was formed in the 2000s. It was based on 29 Tor-M1 short-range complexes and 4 Favorit S-300PMU-2 divisions, which cover nuclear power facilities and strategically important infrastructure.

In addition, since the beginning of 2010, Iran has developed quite successful models of its own air defense equipment, in particular, the air defense systems Raad, Talash and several others that have already been successfully tested in practice. Another well-known development is the Bavar-373, which is considered an attempt to copy the S-300.

It should also be mentioned that Iran has an advanced detection and control system. It includes various radars - from old Soviet and British to modern Russian.

Who and why shot down the Ukrainian Boeing

The protection of a number of the most important facilities is not carried out by the armed forces of Iran, but by the Corps of Guardians of the Islamic Revolution (IRGC). This organization is entrusted with the protection of airspace over the capital's airport. Therefore, in the vicinity of Tehran are "Tor-M1" of Russian production, owned by the air defense of the IRGC.

There are different versions of why the passenger liner died. It should be understood that the tragedy was preceded by the elimination of the Iranian general IRGC in Baghdad and Tehran’s retaliatory strikes on American targets in the Middle East. Naturally, Iran’s air defense was in suspense of the US’s response, especially since shortly before that, Donald Trump had publicly announced such an opportunity.

As a result, the human factor worked, and the "machine" one too. There are many versions. The most exotic is that the system was switched from manual to automatic during the morning prayers. At the same time, even deeply religious Muslims consider such statements close to complete absurdity.

But it can be stated unequivocally that the Iranian authorities made a mistake similar to that made by the Ukrainian authorities in 2014. They, knowing about the escalation of the situation in the airspace of their country, did not block it for civilian aircraft. By the way, the XIIR Air Defense Commander, according to him, proposed to do this, but they did not hear him.

And it is not surprising that in this situation, the Russian Foreign Ministry recommended Aeroflot to carry out all its flights to Tehran during daylight hours. For air defense detection systems, there is no difference - day or night, because the radar is performed outside the line of sight. But the fact is that the United States most often does bombing attacks at night. And this increases the nervous load and the likelihood that a civilian aircraft will be confused with an enemy missile.

We are in Yandex Zen
Situational analysis of the death of the MH17 flight (Malaysian Boeing 777), made on the basis of engineering analysis from 15.08.2014
Results of the week. "God forbid to see Russian revolt, senseless and merciless!"
40 comments
Information
Dear reader, to leave comments on the publication, you must to register.