Crosses on the sides. Do not argue with the patriots! 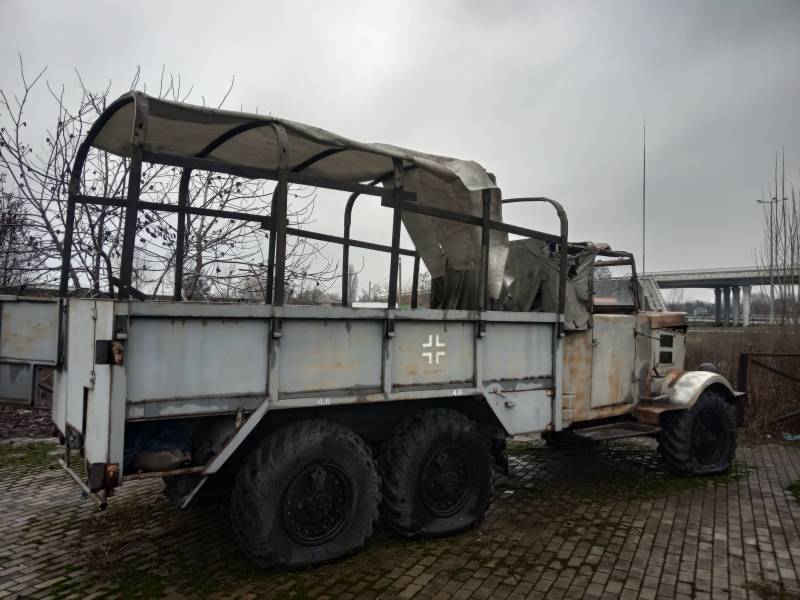 "Look, Shura, what can be done from the Singer sewing machine and the usual collective-farm shear ..."

Let me remind you that I described the whole and well-groomed monuments seen to the fallen heroes of the Great Patriotic War on the territory of small towns in Poland and Ukraine, which I personally visited on the eve of 2019 and 2020. In theory, we should be happy. Mentally thank those people who care for the graves, update the monuments. And such readers, thank God, were the majority. But ... How can it be without a “but”? .. How can it be without a fly in the ointment?

There were also those who memorized accused me of subjectivity and repeated that it was in the countries I have mentioned that they had a negative attitude to memory and stories much more than I showed in my photo reports. From their comments, I got the impression that they suspect me of deliberately rushing about in two countries, looking for surviving memorials ...

So, today I want to shed balm on their souls. I repent! There are manifestations of fascism in Ukraine! And I am a witness to that, but ...

I saw them from the car window when I was driving along the Odessa highway towards Kiev. Ahead loomed a bridge to the city of Vasilkov, and they sheltered on the site near a half-abandoned car wash. But I gazed steadily at the fascist crosses. In vain I argued with some patriots that there was no Nazism in the neighboring state, in vain the author of the column “Opinion” Kamenev tried to convict of something. Here it is. Gray overcast ...

On the way back, I asked the driver to call in to the site to take insider pictures and put them on the Internet. Happened! And even the security guard who left the building could not stop me! 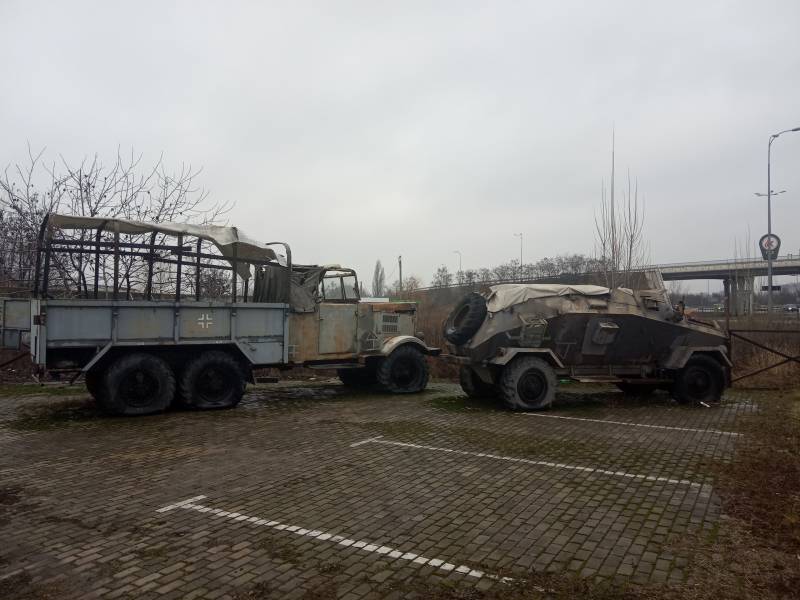 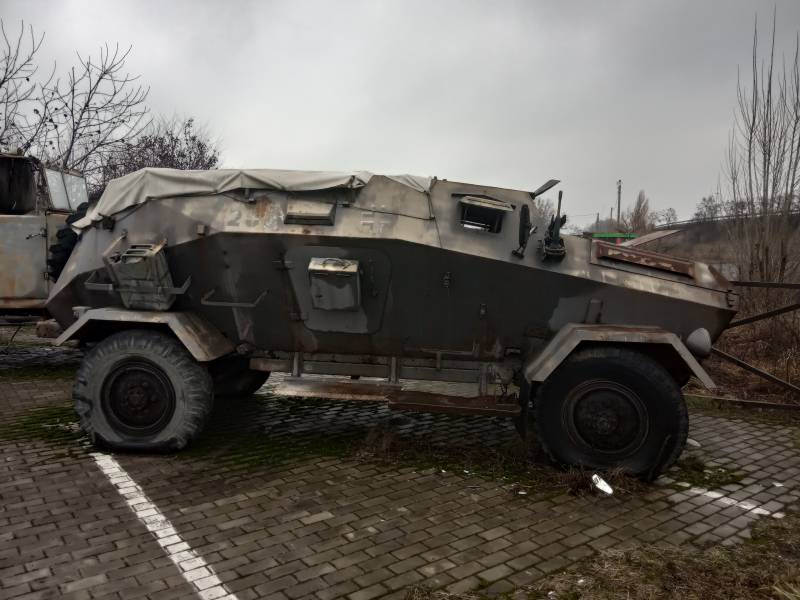 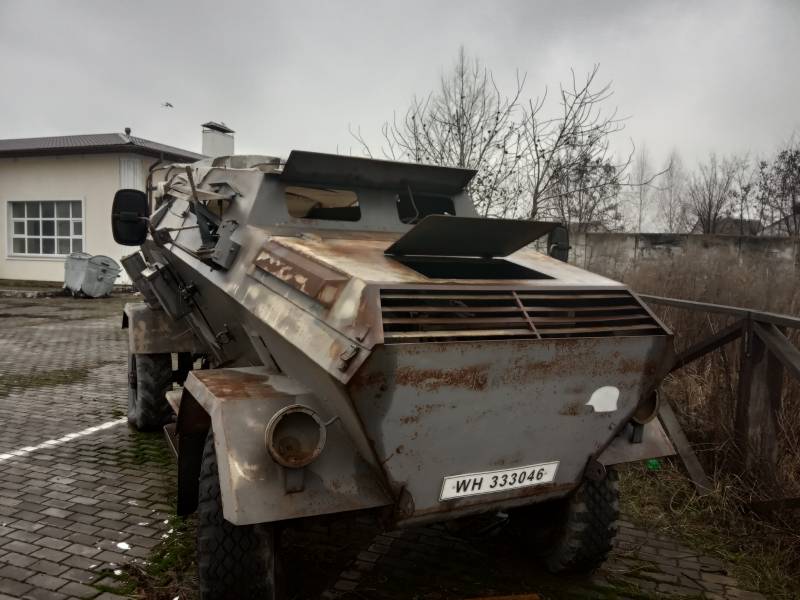 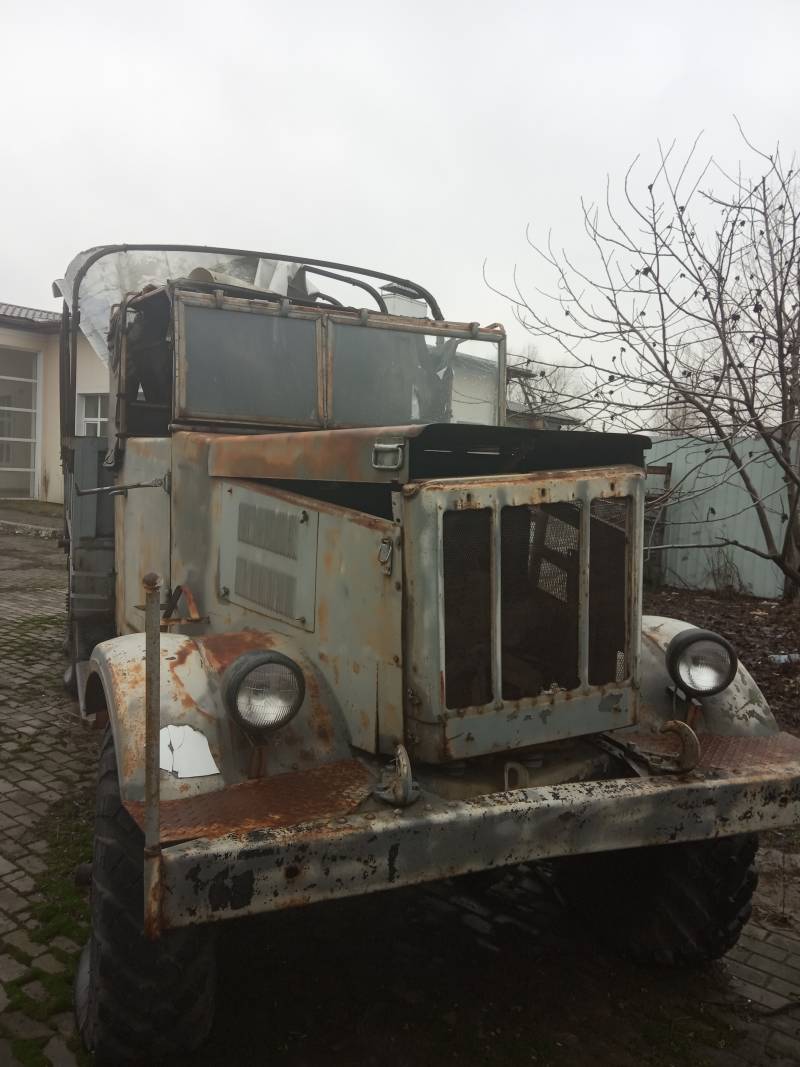 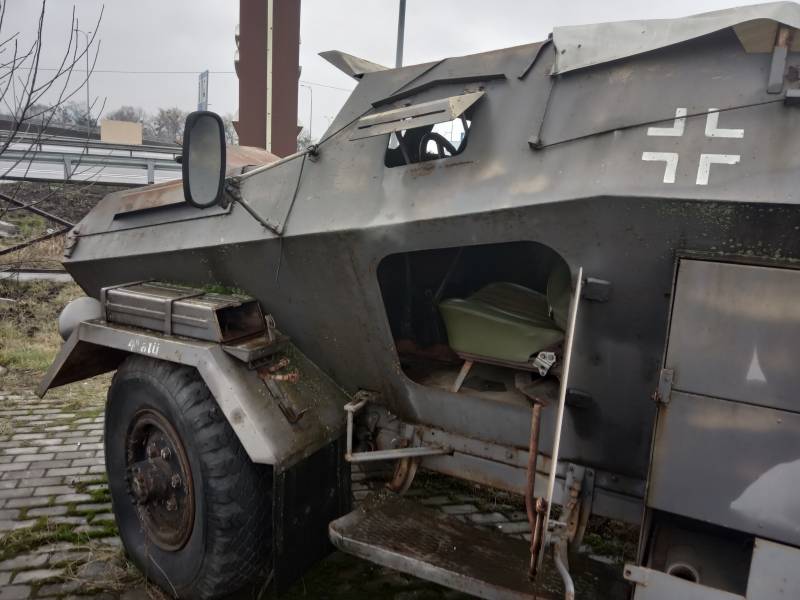 These are the "facts"!

I hope that the readers will not be offended and will correctly react to the joke. And considering these exhibits, I wondered: really, where did this pseudo-armored car from the Henschel type come from? The guard mentioned above spread his hands. When, he says, two years ago he got a job, they were already standing here. A superficial inspection showed that these models are not static. There are both engines and controls. All, of course, are in terrible condition, but present.

And I myself assume that they remained, apparently, after some filming. Nearby is a turn to the city of Vasilkov, and episodes of the Match were shot in it with S. Bezrukov and E. Boyarskaya. Maybe since then they are? In any case, the specimens are interesting.