In Georgia: In case of US-Iran war, Georgia will help Russia 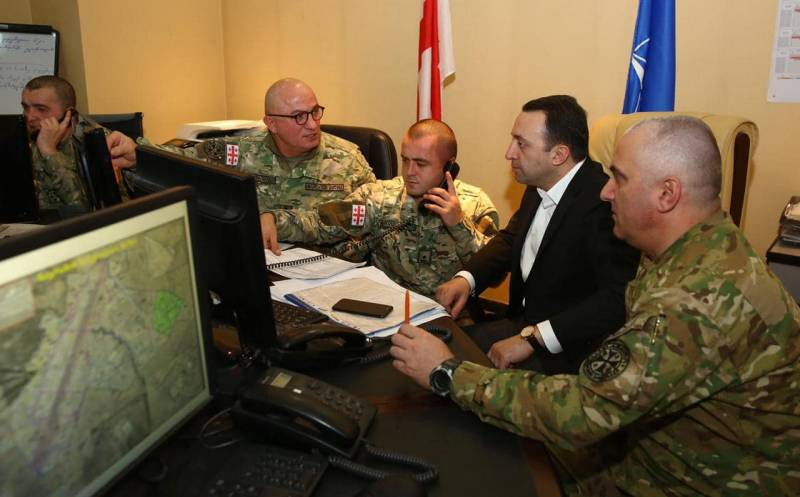 The US-Iranian confrontation caused concern among many politicians, military, ordinary people and, of course, all kinds of experts, political scientists and journalists. Now the glow of recent days has subsided a bit. The currency and stock markets calmed down, the price of gold crawled down. Only experts still continue to get excited.


The proximity of war was felt by many. Among them, the chief editor of the information-analytical agency "Gruzinform" Arno Khidirbegishvili. On his Facebook page, he expressed an unpopular opinion in Georgia that "in the case of the US-Iranian war, the only country capable of helping Georgia is Russia, this has happened more than once."

As the Georgian journalist noted, only Russia can protect his country “from the millions of refugees who rush from Iran to Georgia through Armenia and Azerbaijan, among which there will be many terrorists. Protect from the USA, which in case of war use Georgia’s airports and seaports as transshipment points, turning Georgia into a potential target for jihad. ”

The opinion of the Georgian author can be explained by the peculiarity of the moment when the expert community, heated up by really sharp events, hit the boldest forecasts. One would like to say: “Everyone is vanging!”.

But maybe Arno Khidirbegishvili has knowledge unknown to us? Still, Georgia has the sad experience of 2008. Then it, encouraged by the Americans, went to war on Russian peacekeepers and Ossetians, and then, abandoned by an ally, was left face to face with Russia and lost outright.

Now the head of Gruzinform fears for his country that Georgia may become a “potential target for jihad.” He is probably right. Americans, as a rule, do not spoil the world alone. They always carry with them a company of allies, which then turn out to be extreme in the event of a military mission failure.

Israeli drone flew out of Azerbaijan?

Azerbaijanis thought about such a gloomy prospect yesterday. It is stated that General Kassem Suleimani was killed allegedly on a tip from an Israeli drone launched from Azerbaijan. One of the leaders of the Iraqi Popular Mobilization Force Abu Mahdi al-Muhandis publicly said that Israeli drones from Azerbaijan transmit the coordinates of targets in Iraq to the American military.

Al-Muhandisa is no longer on this earth. On January XNUMX, along with General Suleymani, he was killed by an American missile in the vicinity of Baghdad Airport. Zerkalo.az publication now asks the question: “Is Azerbaijan ready for aggravation in the region? The late al-Muhandis didn’t just say where the drones were coming from to Iraq. ”

However, not only al-Muhandis spoke of this. The Iranians quite specifically showed Baku the routes and flight paths of Israeli UAVs. They led from Azerbaijan to Iraq and provided military operations for pilots of the Western coalition.

Admittedly, Zerkalo.az was in the minority. After a little confusion, the Azerbaijani press furiously attacked the deceased General Suleymani, declaring him to kill tens of thousands of Azerbaijani Turks in Tabriz, creating military camps in Lebanon and other severely deadly sins.

The parties took a break

In Baku, they somehow did not notice that the parties to the confrontation (Iran and the USA) took a break and retreated to their original positions. In Tehran, worried about the problems with the downed Ukrainian plane, they are now languidly threatening to sue Trump for the murder of Suleymani.

According to the Iranian FARS agency, the head of the judicial branch of Iran, Ebrahim Raisi, announced the preparation of a lawsuit in an international court against US President Donald Trump. “We will not leave him alone, he must appear (for the murder of General Suleymani) before an international tribunal,” Trump Raisi threatens.

The Americans, too, are not very militant, although they demonstrate the usual self-confidence. The US Department of State website quotes Mike Pompeo's statement: “If we all make the right choice and return to mutual respect, it will benefit the world. We hope that the Iranian leadership shares our views. "

Meanwhile, the high potential for escalation of the conflict remains. There are bloodthirsty forces in Tehran and Washington. So the reasonable care of the Azerbaijani publication and the Georgian journalist should be understood and accepted by their other colleagues and compatriots. The world today is so fragile.

We are in Yandex Zen
Refugees from Syria. Will Russia accept immigrants from the Middle East?
Situational analysis of the death of the MH17 flight (Malaysian Boeing 777), made on the basis of engineering analysis from 15.08.2014
56 comments
Information
Dear reader, to leave comments on the publication, you must to register.