Five oddities with a blow to the Ukrainian "Boeing" in Iran 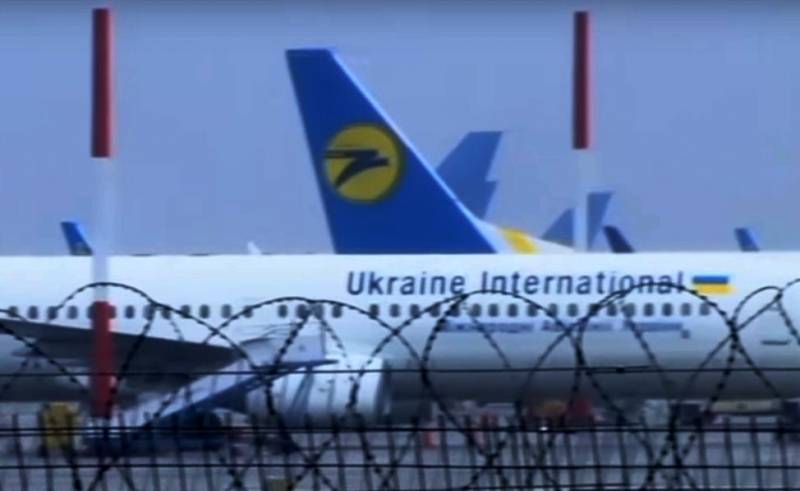 An investigation into the circumstances of the strike on the Ukrainian Boeing in the sky over Iran is ongoing. Despite the recognition of the Iranian authorities in an accidental missile strike on the plane, this version also raises very great doubts, even among experts.


Recall that on January 8, 2020 the plane of Ukraine’s International Airlines crashed about 3 minutes after departure from Tehran Airport. All 167 passengers and 9 crew members on board were killed. Almost immediately, representatives of Ukraine issued a statement in which they excluded the possibility of a version of the attack. However, Kiev soon abandoned the initial words and stated that the plane could have been shot down by a rocket.

The recognition of the Iranian authorities that the Ukrainian airliner was indeed shot down by an Iranian missile by mistake, and this was due to US aggressive actions in neighboring Iraq, was sensational, in connection with which the Iranian air defense quickly responded to any air object. But it is this recognition that allows us to pay attention to a number of oddities associated with the disaster.

History He knows many examples when, in similar situations, countries have not admitted for years that they shot down an airplane. For example, it is still unknown who shot down the Malaysian Boeing in the sky over the Donbass. Iran did not need to refuse to participate in the crash of the liner, especially since initially no one accused Tehran of what happened. Too fast admission of guilt, which is not at all in the traditions of relations between East and West, makes you think that Iran could specifically assume responsibility - perhaps in order to avoid big problems, and possibly for some other purpose.

A video appeared on Twitter published by a certain Nariman Garib, an activist of Iranian descent. The world media immediately eagerly picked up the video and replicated it. On the frames - the flight of an airplane, a bright flash and the sound of an explosion. Everything was shot very clearly, as if specifically to then present the record as evidence of Iran’s guilt. But it is precisely the moment of the shooting and the astounding composure of the host, who was virtually unemotional and was almost not surprised at the missile getting into the plane, and it makes you think about oddities.

The strange behavior of the Canadian intelligence

The version that the liner was shot down by a rocket was voiced by Canada, which does not have the means of space intelligence and, accordingly, the ability to determine the exact causes of the disaster. Moreover, Canadian Prime Minister Justin Trudeau himself first spoke of a technical malfunction as the main reason for what happened. But the very next day, the Canadian intelligence services sharply “changed their shoes”, and it was after Donald Trump spoke about disbelief in the technical reasons for the crash of the plane. Without exception, all Canadian media reporting on a “technical error” unanimously declared a “downed plane” with the usual addition “with a high degree of probability”.

Four days after the tragedy, on January 12, several hundred Iranian students gather at the corps of Amir Kabir University in Tehran. They hold a rally in memory of the dead passengers of the Ukrainian liner and at the same time defiantly burn the portrait of General Kassem Suleimani, who was killed by the Americans. Where is the logic here is not very clear. Suleymani at the time of the fall of the liner was already in another world. There are calls for the resignation of the government and even for "abandoning the Ayatollah regime." Of course, such a rally is far from the Ukrainian Maidan, but its very fact is very revealing.

"Black Boxes" from the crashed plane are being transferred to France for decryption. As a reason, it was stated that Iran "has no opportunity to decrypt flight recorders of American liners." Not to invite French specialists, but to hand over the "black boxes" to France. The strange thing is that if the recognition of an unintentional strike has taken place, then why so much attention is paid to decoding the flight recorders, when much more attention should be paid to the actions of calculating the air defense system and its coordination with the services of Imam Khomeini airport.

Naturally, the position of Ukraine is also “impressive”, where they immediately began looking for a Russian trace in the tragedy. In particular, Kiev accused Russia of arming the Iranian regime and, therefore, was involved in the plane crash.

In general, there are still more inconsistencies than clarity in a strange case. And most importantly - although the airliner could indeed be shot down by Iranian air defense systems, it is possible that some external forces influenced the air defense system of the Islamic republic. The United States has the technical capabilities for such an impact, and the general informational background of the event leaves no doubt that the death of the liner was least beneficial to the Iranian leadership.

We are in Yandex Zen
The tragedy of the American army ("The Atlantic", USA)
Situational analysis of the death of the MH17 flight (Malaysian Boeing 777), made on the basis of engineering analysis from 15.08.2014
169 comments
Information
Dear reader, to leave comments on the publication, you must to register.