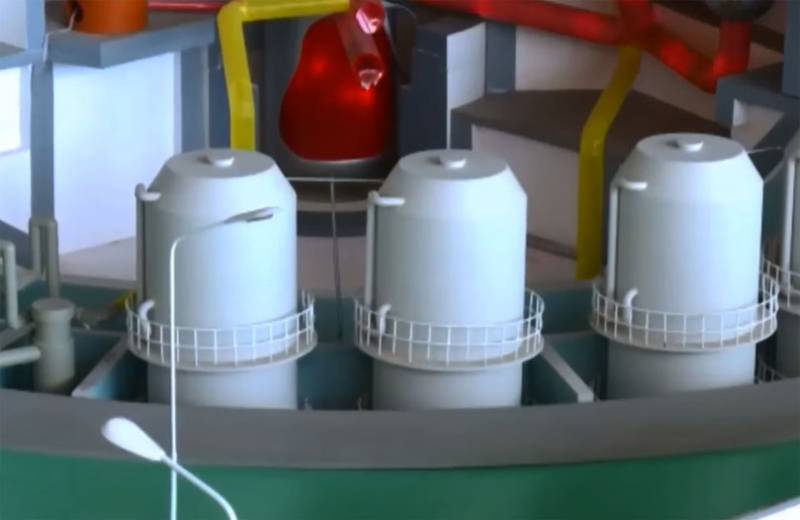 Last week's hot events in the Middle East directly affected the future nuclear deal with Iran - the Joint Comprehensive Action Plan (JCPO), signed by Tehran in the summer of 2015 with five permanent member countries of the UN Security Council and Germany that joined them.

Tehran responded to the killing of Suleimani

This plan halted Iran’s development of nuclear weapons. However, he allowed him to continue research in nuclear physics without preserving uranium enrichment capacities. To monitor the implementation of the provisions of the JCPOA, Tehran agreed to provide the International Atomic Energy Agency with access to all Iranian nuclear facilities for a period of 20 years.

Last week, this crucial international deal was in jeopardy. On Sunday, January 5, the Iranian authorities announced their intention to finally abandon the restrictions stipulated by the JCPOA plan regarding the number of centrifuges, the level of enrichment and storage of uranium. Tehran explained its decision in response to the assassination of Iranian General Kassem Suleimani by the United States in Baghdad.

This is not Iran’s first attempt to review the terms of the nuclear deal. Last May, he already announced the beginning of the first phase of the release of their JCPOA.
Then Tehran said that it had ceased to comply with the conditions regarding the reserves of enriched uranium and heavy water. And in July, he proceeded to the second stage of reducing his obligations under the JCPOA and announced the start of uranium enrichment at a level exceeding the terms of the nuclear deal.

How Trump Withdrew the US from the JCPOA

That was Tehran’s response to withdrawing from the United States nuclear deal. They did this in May 2018, and Iran, as prescribed in paragraph 26 of the JCPOA, began to withdraw from the agreement exactly one year after the United States. The motives of the Americans are famous. Israel actively opposed the deal. Israel did not believe that the Iranians would honestly abide by the agreement.

The Barack Obama administration dismissed these concerns. Another thing is Donald Trump. After coming to power, he took a number of significant steps in favor of Israel (he moved the American embassy from Tel Aviv to Jerusalem, recognized the Golan Heights as Israeli) and, finally, broke off the nuclear deal with Iran.

As usual in such cases, the American president said: "The United States has evidence that Iran continues to develop nuclear weapons, thereby violating the Joint Comprehensive Plan of Action."

The IAEA hastened to refute Trump's unsubstantiated charge. Europe has joined the topic. The European Union supported Iran and said that the deal could not be denounced by the decision of one country. But who would listen to him? Trump has already decided everything for himself, and the opinion of the rest of the world did not bother him at all.

So instead of a deal with Iran, economic sanctions appeared against it. Europe, as it could, resisted, tried to circumvent these sanctions and continue economic cooperation, but ultimately succumbed to US pressure.

Meanwhile, the deal for Europe, as well as for other signatories of the JCPOA, is extremely important. There are two important motivations. First, no one is happy with the prospect of a country with a nuclear weapon with a poorly predictable foreign policy in its neighbors. Secondly, the multibillion-dollar contracts of European companies were at stake, having managed to get accustomed to Iran after removing economic restrictions from it.

In the summer, the Atomic Energy Agency did not confirm the translation of Iran’s threats into real practice, but recognized the risks to the agreement on the JCPOA. Now these risks have increased multiple. We understood this in Europe. European Union Foreign Ministers rallied in Brussels on Friday. After a long discussion, they called on Iran not to abandon the nuclear deal.

Assistance to Brussels was not promised to Tehran, but it was recalled that President Trump “reopened the door for diplomacy”. The quote in Europe was taken from the statement of Washington’s Iran’s special envoy for relations with Iran, Brian Hook. Hook also appealed to the Iranian authorities and invited them "not to respond to our diplomacy with military violence."

It’s clear that Tehran didn’t react at all to the hypocritical invitation of an American diplomat. Then German Foreign Minister Heiko Maas turned to Russia. “We want Moscow in the upcoming talks to help persuade Iran to comply with the rules of the game,” said Maas in an interview with Saarbrucker Zeitung on Monday. Again hope for Russia. And in this matter too.

“Russia,” the German minister signed in his own impotence, “being one of the signatories to the agreement, is responsible for ensuring that it (the agreement) as a factor of stability in the region is preserved.”

It is not known whether President Putin heard the helpless appeal of Maas, but on Monday the Russian leader had a telephone conversation with French President Emmanuel Macron. “In connection with the tense situation around Iran, the Presidents of Russia and France noted the need for restraint on all sides and spoke out in favor of continuing efforts to maintain a joint comprehensive plan of action,” the Kremlin press service said in a statement.

It seems that now, without Russia, it’s impossible to clear up what American “strategists” have done in the Middle East.

We are in Yandex Zen
Iran: nuclear half-life
Europe bucked in the face of surprised America
27 comments
Information
Dear reader, to leave comments on the publication, you must to register.