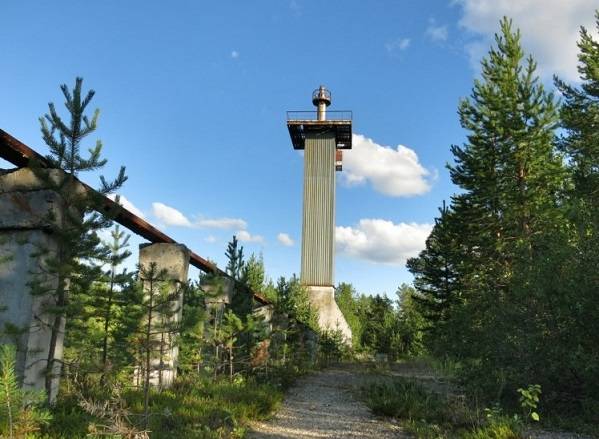 The experimental trajectory of carrier rockets and strategic ballistic missiles of the Topol-M, Bulava, Albatross and others types was determined using the ground command and measurement complex of the cosmodrome (KIK). The composition of the KIK includes measuring points (IP) located throughout the territory of the former USSR. 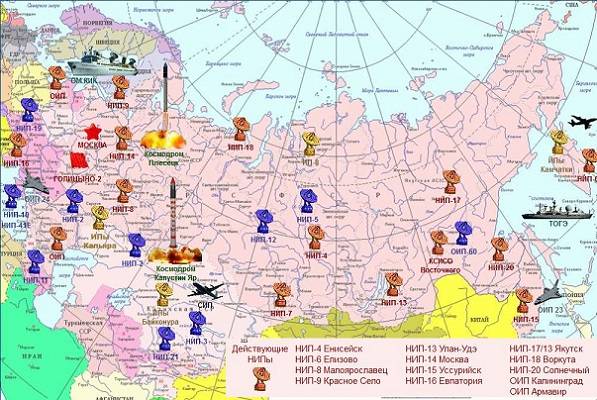 Cosmodrome command and measurement complexes
For trajectory measurements on the IPs there were various measuring systems (IP). One IP was located on one IP 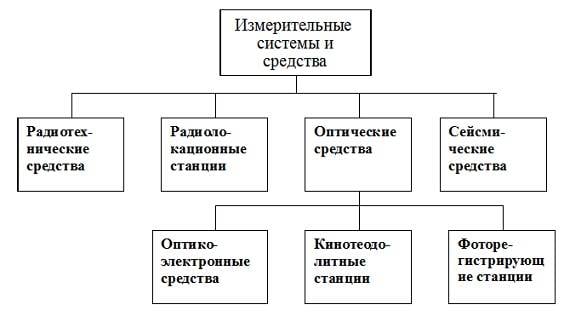 Classification of measuring systems and tools

These IPs were divided into types in accordance with physical features and the principle of measurements. ICs for signal pretreatment, antenna control, and control during flight tests were equipped with one or more computers. For example, such ISs as Vega-NO (KO) and Katafot had their own local area networks. Measuring systems have an external interface for outputting information to a telephone or telegraph communication line. The issuance of information in the communication line was carried out using various protocols, frames of measuring, service, signal and other information, in different encodings due to the fact that there was no specific standard for measuring means.

Vega radio system: the most accurate

The most accurate measuring system was the Vega radio system. Vega operates on the basis of the Doppler principle, measuring the phase difference of the radio signal from the onboard transceiver received by different terrestrial antennas spaced a long distance when receiving radio signals from a transceiver located on board the rocket. The capture of a missile and its management is carried out by a direction finder. 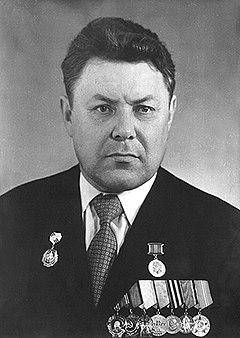 The main characteristics of the measuring system "Vega-NO (KO)" [2]
The Vega system is a grandiose engineering construction, the creation of which proved to be unattainable for financial expenses for the richest country in the world - the United States of America. Only the Soviet Union was able to create such a system of trajectory measurements.

Here are some photos of this system that will give a general idea of ​​the grandeur of the plan, embodied in reality by the staff of the Kharkov Research Institute of Radio Engineering Measurements.

IS Vega of the Baikonur Cosmodrome 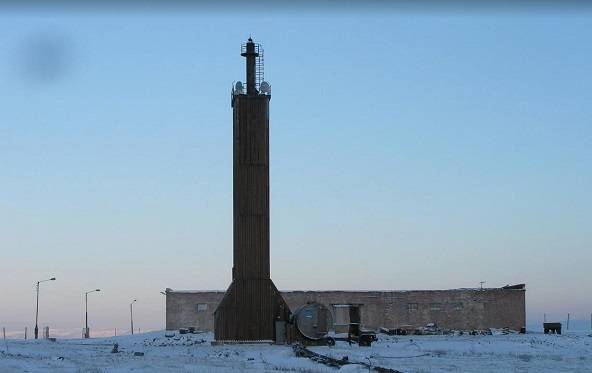 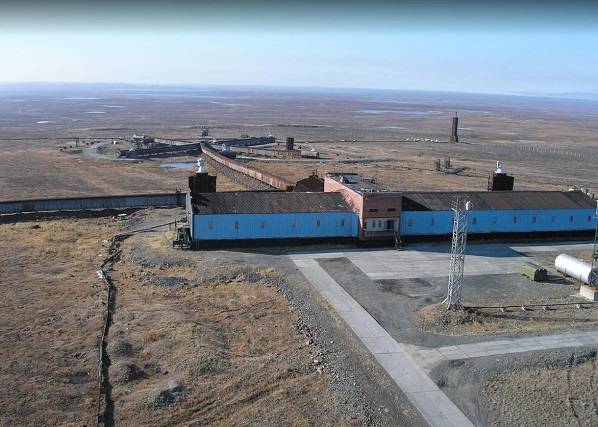 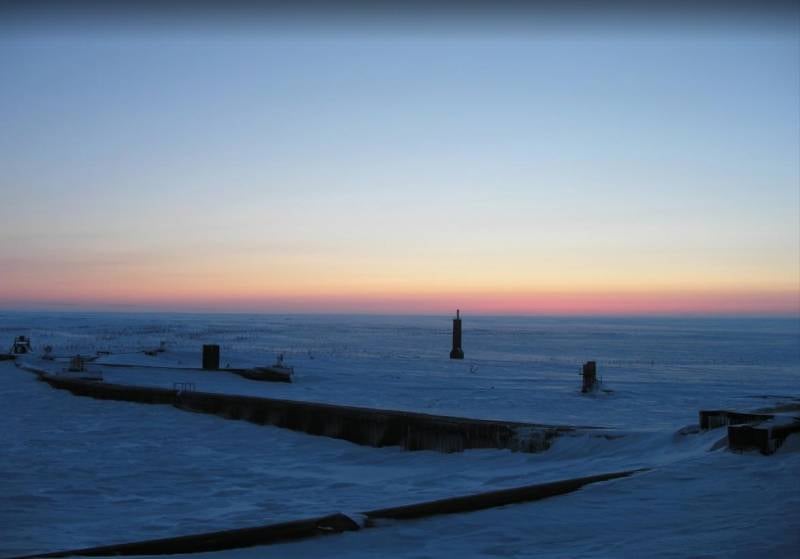 Adjusting mast and a small cross of the Vega system, Norilsk 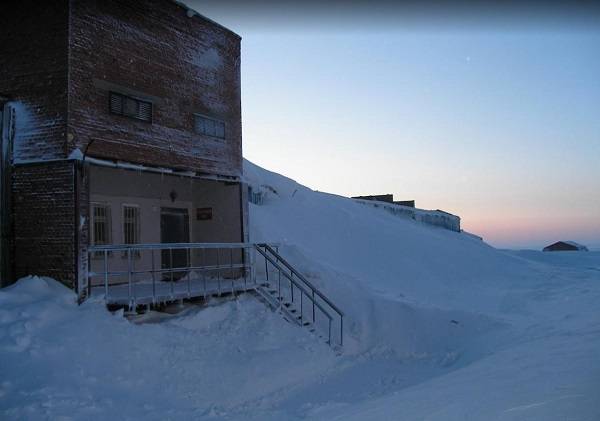 Technical position of the Vega system in winter (Norilsk) 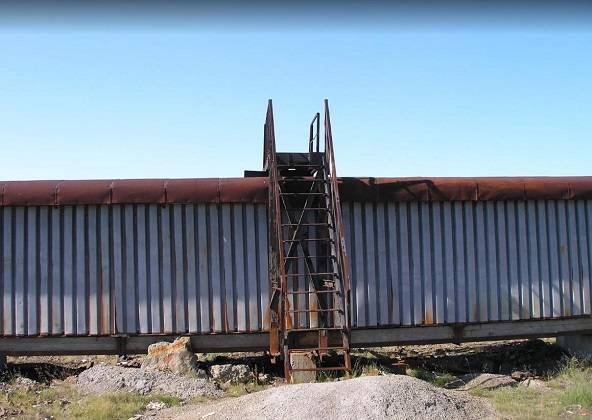 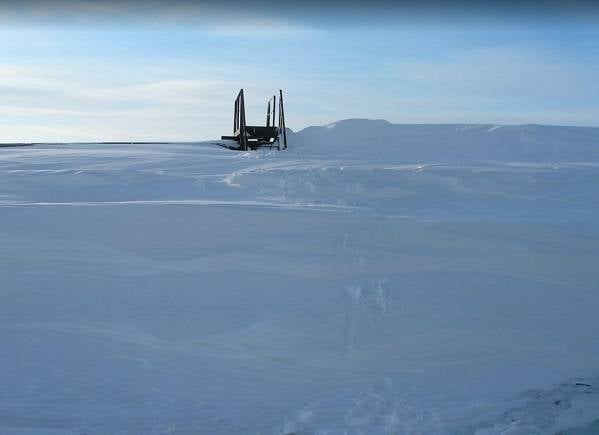 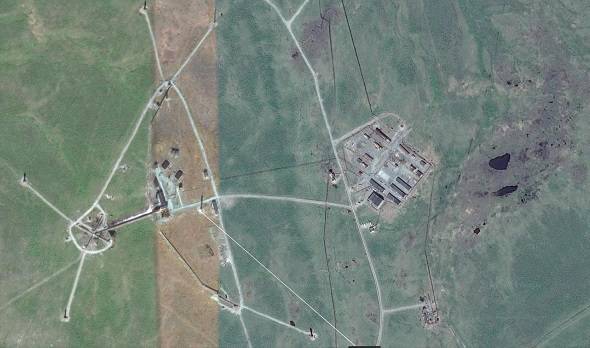 Norilsk Vega on Google Map. Small cross and technical position. Remote outposts did not hit due to the large scale of the map [3] 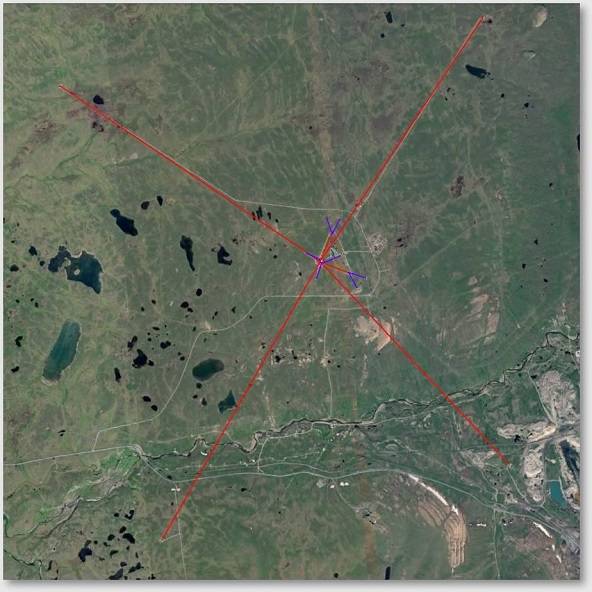 The general view of the topology of the Vega system can be seen entirely only from space. The city of Norilsk. Small cross and technical position are hidden behind lilac lines [4] 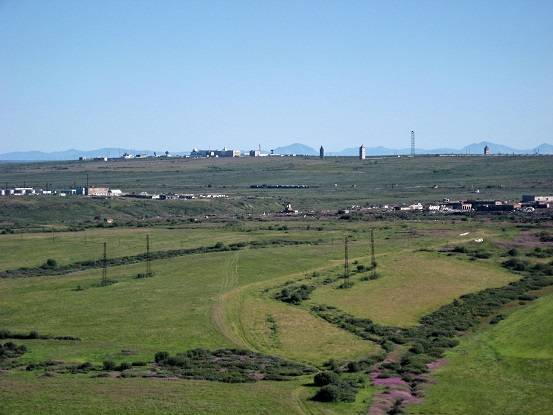 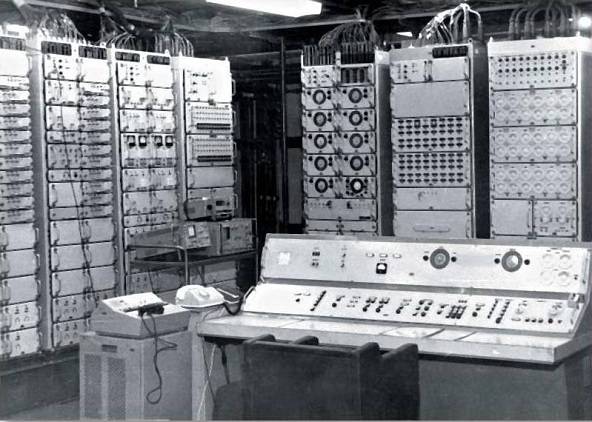 The hardware room of the Vega system 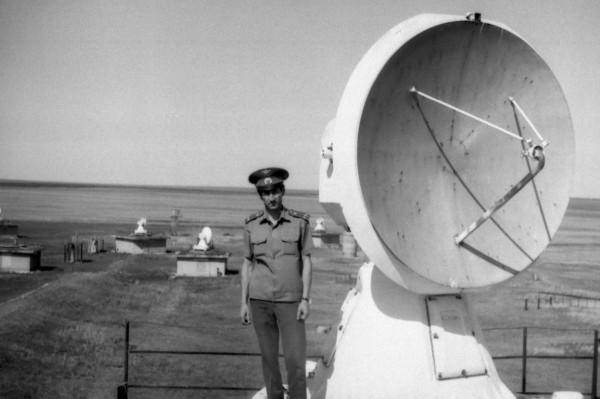 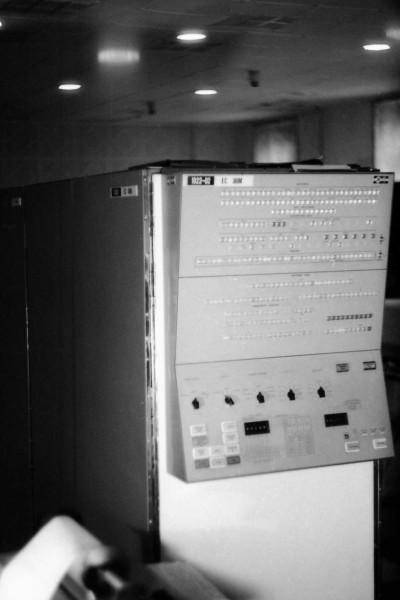 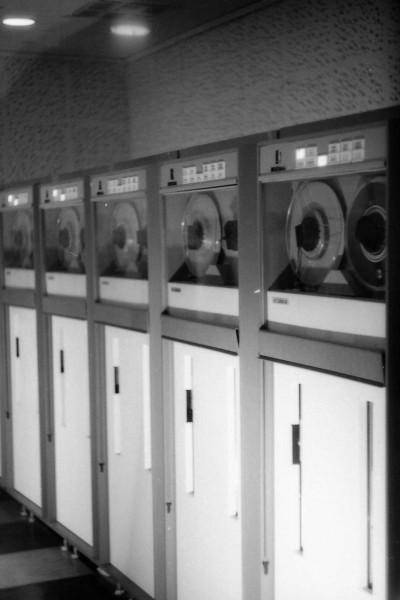 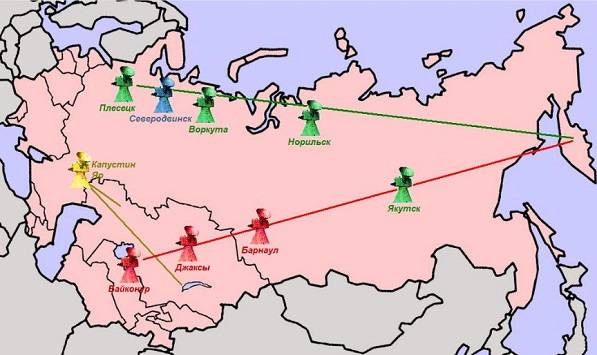 A significant role in trajectory measurements was performed by the Kama radar station (radar). The Kama system is produced in different versions, the most common are Kama-A and Kama-N [5]. The Kama radar is used both as a part of measuring complexes and in autonomous operation. “Kama-A” and “Kama-N” are distinguished by the time of their entry into the troops. Kama-A uses a telegraph communication line, while Kama-N uses a telephone line. The work is done by the airborne transponder. If the Vega on-board transponder occupies a volume of 2 liters, then the Kama has significantly less. However, the accuracy of the Kama radar is lower. As a rule, the Kama radar operates on space rocket carriers, and the Vega on strategic missiles. 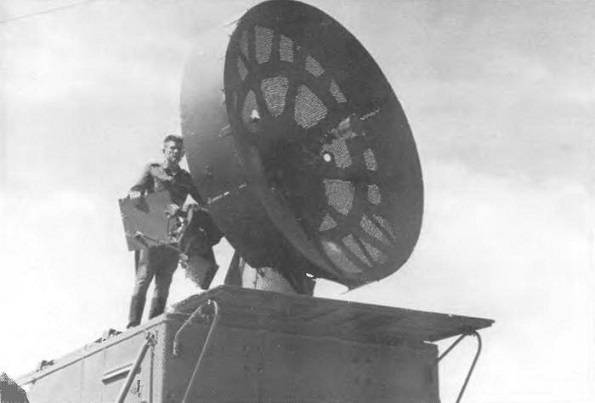 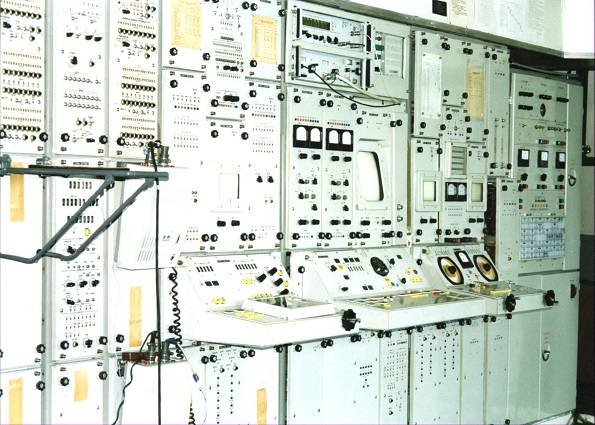 Optical measuring systems are cinema theodolites and cinema telescopes, ballistic cameras, etc., which are widely used in conducting external trajectory measurements. Optical systems began to be used for this purpose much earlier than radio systems. The high-precision optical-electronic theodolite system (OES) “Viola” (1977–1988) is designed to measure the spatial coordinates of rockets during various flight experiments. OES "Viola" contains from three to six theodolite stations, combined into a single measuring complex command station. The main measuring channel of the theodolite station is a movie channel with a survey frequency of 1; 5; 10; 25 Hz. Range of action of a laser range finder - 25000 m; the measurement error of the “Viola” UES is: by angular measurements - 5 angle / s, by range - 1 m. 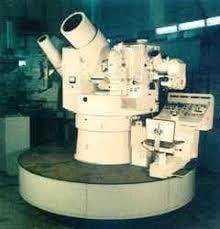 OES "Viola"
There are other ECOs, for example:

1) a mobile infrared theodolite "Velor-M" of the tracking type, refers to short-range devices and allows you to automatically monitor and measure the angular coordinates of luminous objects at short range;

2) infrared theodolite "Velor-IT". Designed to determine the motion parameters of rockets by measuring the angular coordinates of an object from its thermal radiation, as well as monitoring the object through a television system;

3) the cinema theodism "Wismutin", designed to measure the angular coordinates of missiles; The film theodolite is equipped with a movie camera, an infrared coordinator, automatic and semi-automatic guidance systems, automatic focusing, and automatic exposure control.

The intensity of tests in the USSR was such that almost every week a test launch of a rocket from the Plesetsk cosmodrome was carried out. Here is what the Deputy Commander for Measurements of the Vega Norilsk Radio Engineering System, Major Rodin Yuri Anatolyevich, recalls the number of tests.

“In the period from 1986 to 1991, the Vega system took an active part in testing promising missile systems and confirming the characteristics of equipment already adopted for service. There have been cases when one experimental work took place on one day. Sessions took place at that time mainly at night ”[6]. 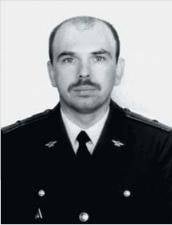 The high intensity of tests of strategic launch vehicles and ballistic missiles required the creation of such an information system that would make it possible to collect trajectory information, increase the efficiency of test preparation, and also manage heterogeneous measuring systems deployed throughout the USSR. Such information systems were created at the Kharkov Research Institute of Radio Engineering Measurements (NIIRI). But this is completely different история.

Sources of
1. https://ru.wikipedia.org/wiki/Baranovsky ,_German_Alekseevich.
2. Radio-technical multi-parameter systems of high-precision measurements of the parameters of the trajectory of moving objects // http://www.niiri.com.ua/Rus/rmsvi_nv.htm.
3. The "Vega" of Norilsk on the map // https://www.google.com/maps/@69.4049632,87.6359006,1553m/data=!3m1!1e3?hl=en-RU.
4. General view of the topology of the Vega system // https://kik-sssr.ru/Vega_2.htm.
5. The radar station "Kama-N" // https://pohnews.org/15618-radiolokacionnaya-stanciya-kama-n.
6. The Northern Cosmodrome of Russia. Volume 1 / Under the general editorship of the chief of the Plesetsk cosmodrome, candidate of technical sciences, Lieutenant General A. A. Bashlakov. Cosmodrome Plesetsk, 2007.S. 462.

We are in Yandex Zen
The system of collecting external path information "Collection-B"
"Space Fleet of Russia": save the remnants and think about the restoration
19 comments
Information
Dear reader, to leave comments on the publication, you must to register.