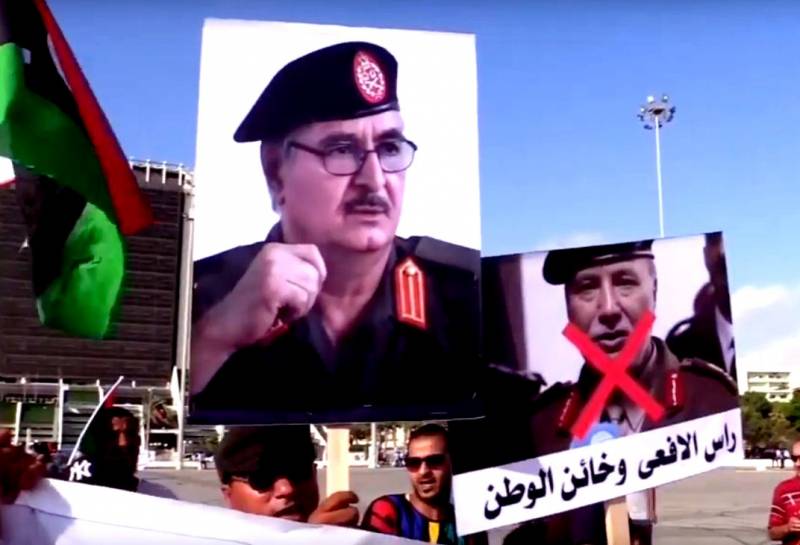 Russia continues to play an important role in Libya. It is not surprising that it was Moscow that was chosen as the venue for negotiations by the leaders of the warring parties - Marshal Khalifa Haftar and the head of the Government of National Accord Faiz Saraj.

In Libya, Putin and Erdogan are on the opposite side of the barricades

From midnight on January 12, Saraj and Haftar agreed to a temporary ceasefire in Libya. This decision was made under pressure from Russia and Turkey - it was Vladimir Putin and Recep Erdogan who came up with this idea at a recent meeting.

In fact, Russia's attention to the Libyan civil war is not surprising. The conflict in Libya has long outgrown national and even North African proportions. Against the background of the gradual elimination of the United States and even European countries from the Libyan problem, Russia and Turkey have become the main players, and it is their interests that have now clashed in a distant North African country.

Despite Moscow’s repeated statements that Russia does not support any of the parties to the conflict and is in favor of ending it, everyone understands that the Kremlin is betting on Khalifa Haftar. Marshal has repeatedly met with the top military leadership of Russia.

Recently, Turkey has openly stated that in Libya, Russian mercenaries from private military companies can fight on the side of Haftar. True, Vladimir Putin in response stressed that if Russian citizens are fighting in Libya, they do not represent Russia as a state and do not express its interests.

In turn, Ankara is supported by Faiz Saraj and his Government of National Accord. Moreover, it supports not only diplomatically and informationally, but also financially, and even provides military assistance. The new year 2020 began with the transfer of units of the Turkish army to Libya. They had to at least instruct the PNE troops, and as a maximum - to fight precisely against Russia-backed Haftar.

Of course, turning Turkey into a military adversary in Libya is not included in Moscow’s plans. After all, Putin and Erdogan are in good relations, they not so long ago managed to practically solve the Syrian problem, is this Libya worth it to quarrel over it again?

Why does Russia need a Libyan coast?

Russian political interests in Libya are directly related to the economic component, are its expression. After all, Libya is one of the richest oil countries in the African continent. It’s easy to get oil in Libya, and even easier to export through Libyan ports. Back in February 2017, the head of Rosneft, Igor Sechin, signed an agreement with the Libyan representatives on cooperation in oil exploration and production. But not only oil interests us in Libya.

“Africa's Gateway to the Mediterranean Sea” is what the former Jamahiriya is called in Europe and the Arab world. It would be very good for Russia to equip in Libya, for example, in Tobruk, a naval base that would allow control of the southern part of the Mediterranean Sea. Khalifa Haftar, a military man and much indebted to Russia, could very well have taken such a step. 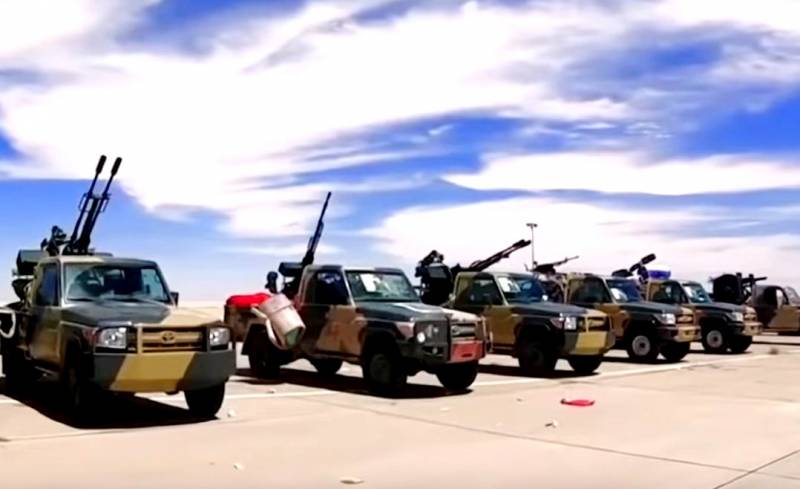 However, for oil production, and for the construction of a naval base, one single condition is necessary - stabilization, at least relative, of this African country that has been blazing for nine years after the overthrow of Muammar Gaddafi. As a military man and charismatic in terms of restoring order, Moscow trusts Marshal Haftar more than Faiz Saraj. Although Sarajah does not openly repel.

Of course, the optimal scenario for Russia in the further development of events in Libya would be the victory of Khalifa Haftar and his establishment of control over the entire territory of Libya. Moreover, the marshals are supported by the same French, who are also convinced: the military leader will quickly restore order in the country without democratic traditions, rather than politicians from the government of national accord.

But Moscow is well aware that Turkey and a number of other states will not allow Haftar to overthrow the government in Tripoli. Russia cannot openly support Haftar, since the Saraj government is kind of recognized by the UN and is considered legitimate.

Therefore, now the main task for the Russian side is to prevent the escalation of the conflict and to put opponents at the negotiating table. And then we can think, including, of creating a coalition government, in which there would be a place for both Haftar supporters and Saraj supporters.

We are in Yandex Zen
Why does Russia support Field Marshal Haftar?
New Libyan commander in chief and his house in Virginia
37 comments
Information
Dear reader, to leave comments on the publication, you must to register.