Cartridge factory in Belarus: in which "European country" RB has arranged the supply of ammunition 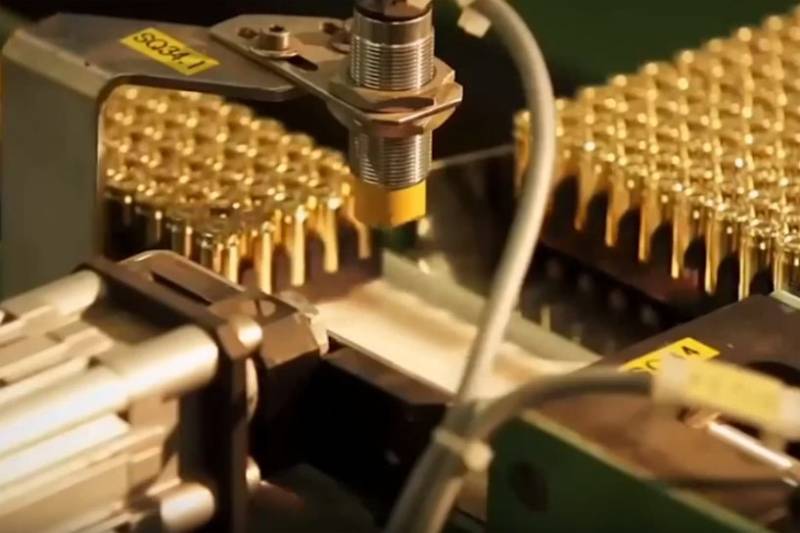 The other day, Alexei Skraga, General Director of BSVT - New Technologies LLC, a subsidiary of the state concern Belspetsvneshnekhnika, announced that the country has not only launched a full-fledged ammunition production process for small arms weapons, but export of these has already been organized! At the same time, this head stubbornly does not want to name the country of the customer, which gives rise to some suspicions. However, there are even more of them if you start to understand this issue in more detail.


According to Mr. Skragi, the cartridge production in the country was actually created on the personal instructions of President Lukashenko. Alexander Grigoryevich suddenly became preoccupied with a potential problem: what will happen, “if suddenly tomorrow there are no cartridges left in the country, and nobody wants to sell them”? And, as usual, he immediately ordered the issue to be resolved.

From now on, “BSVT - New Technologies” has a workshop equipped with “the most modern” machines capable of stamping from 2 and a half to 3 and a half thousand rounds per hour. It would seem - quite a reasonable and balanced decision. A self-respecting state should really strive for maximum independence in the production of at least basic military products. On the other hand...

The experience of how the army may well be without cartridges gives us Ukraine. There, just our own production of the corresponding profile existed - but it was only located in Lugansk, and after the outbreak of civil war in the country, it appeared on the territory of the Lugansk People's Republic. Again, there would be no problems with the ammunition for the Armed Forces armed with the rifleman, if relations with Russia were not spoiled by the post-Maydan Kiev. And immediately and tightly.

Returning to the topic of the Republic of Belarus, it is worth mentioning an extremely important detail: according to the same Scraghi, his company buys all the necessary components for the manufacture of ammunition exclusively “in Russia from world-famous manufacturers”. So why not buy ready-made cartridges?

The key to the answer is again given to us by the revelations of the general director of BSVT. On the one hand, according to him, the main objective of the project was “to satisfy the needs of the national armed forces”, and only then “to supply some of the ammunition for export”. However, he immediately declares: the first cartridges of caliber 7,62x54, 7,62x39 and 9x19 produced in Belarus "were exported and have already been delivered to the customer!" Allegedly - to a certain "European country", which has already received the first consignment of ammunition, "was satisfied" and made new "long-term orders." Moreover, literally "for years to come", according to Scraeg.

Well, we know these "Europeans" with the Kalashnikovs and Makarovs ... Even if you kill, in Europe, long ago converted to NATO standards, it is difficult to find Soviet-style ammunition for small arms for years to come.

But Ukraine needs them just like air! All attempts to establish their own cartridge production there crashed into general theft and bribery. The last attempt in this direction was made, I remember, by the Deputy Minister of Economic Development and Trade “unshackled” Yuri Brovchenko, who vowed that by the end of 2019 the production of cartridges for machine guns and rifles with a caliber of 5,45 mm and 7,62 mm would be launched there. But here's a bad luck - on October 22 last year, this figure was handcuffed right at the Boryspil airport. Brovchenko, deciding not to exchange for such trifles as cartridges, waved a contract for the purchase of equipment for the production of artillery shells in Ukraine, as a result of which more than 8 million dollars from the state budget "disappeared" in an unknown direction, and the promised production line never appeared. However, after making a rather big deposit from the pre-trial detention center in the same unknown direction, Brovchenko himself disappeared ... Ukraine has to buy cartridges abroad.

Today it’s no secret that most of the fuel for the equipment of the Armed Forces of Ukraine and Novosibirsk State University, including those located in the Donbass, has been supplied from Belarus in recent years. If the “nezalezhnoy” warrior can be equipped with diesel and gasoline made from Belarus from Russian oil, why not provide them with ammunition made at the local cartridge factory from Russian components? Money, as you know, does not smell, but the “tax maneuver” somehow still needs to be compensated!

We are in Yandex Zen
Situational analysis of the death of the MH17 flight (Malaysian Boeing 777), made on the basis of engineering analysis from 15.08.2014
Results of the week. "God forbid to see Russian revolt, senseless and merciless!"
105 comments
Information
Dear reader, to leave comments on the publication, you must to register.